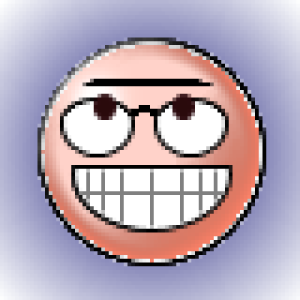 After spending the first five years in the NFL with the New York Giants, offensive lineman Justin Pugh made his way out to the desert for the second stage of his career. Pugh signed with the Arizona Cardinals ahead of the 2018 season, putting him in position to block for one of the most talented running backs in the league, the ridiculously strong David Johnson.

Pugh is excited about what the team can do this season. “The team is looking awesome, we started off on a strong note over the summer,” says Pugh. “We’re now building trust and camaraderie so that we can execute and win some games. It’s exciting to gel with all of the guys and really build this strong foundation going into the season.”

Adding Pugh to the offensive line should be a big help for the Cardinals. Pugh’s versatility—he started at three different positions during his time with the Giants—will give the team flexibility, and allow Johnson to get out in space to open up the offense. Despite being a big guy at 6’5” and 311 pounds, Pugh keeps himself nimble and fast for his size, using swimming, martial arts workouts, yoga, and boxing in his training routine.

“I focus on using boxing, mixed martial arts, and swimming in my training,” Pugh previously told MJ. “The swimming and MMA workouts helped me get more lean, drop body fat, get more athletic, and be in the best shape possible. That really helps in playing different positions on the line.”

Pugh spoke with Men’s Journal about his training routine, what it’s like to play for a new NFL team, how to find the best pizza place in a new city, and his favorite workouts.

If you could use only one type of workout to train for football, what would it be?

Weight training is very important but honestly I think that flexibility and utilizing recovery techniques to maintain your body is at least—if not more—critical. Everyone focuses on working out and lifting, but stretching, yoga, cryotherapy, massage – they’re all just as important to help prevent injury.

What are your expectations for yourself and the team this season?

I’m feeling great—I’m healthy and went through a full offseason of getting my body right. Now it’s time to reap the benefits of that hard work. The team is looking awesome, we started off on a strong note. I reunited with my college teammate Chandler Jones and the Cardinals also brought in veterans like Sam Bradford who has been great to work with.

What has the overall adjustment been like for you in changing NFL teams?

It’s really been being across the country from my family and so many close friends. It’s a three-hour time difference and makes it harder to keep in touch with people, but the flight isn’t too bad and a lot of people have come to visit so far. The culture out here is unbelievable. I don’t think a lot of people realize how big a city Phoenix is and there’s a lot going on.

What are some of the logistical things you had to deal with in relocating to a new city?

I bought my first home out here in Arizona, so really every pitfall that can come with that, and add on that I went home for a little bit so managing that process from across the country. I think the biggest thing is finding that new way of life. I had the same routine for five years and coming into a new city and a new organization, you rely a lot on the veteran guys on the team to point you in the right direction – where to live, how to beat traffic, all that. You also have to find all of the new people on your support team, whether it’s for massage, physical therapy, and your daily recovery.

Did your training routine and recovery routine change at all after relocating to a new climate?

It’s all about dealing with the heat out here. I moved to Arizona in the spring and that temperature is no joke, but I’ll never have to worry about shoveling snow again! At practice, it’s getting up to 115 degrees some days so hydration is huge, you have to listen to your body and take care of it. I’ve integrated Nutrex into my routine and seeing great results too. Last but not least, sleep is critical to help in your recovery. Also, the training staff here is top notch, they bring in third parties to help with rehab, onsite cryotherapy at the facility, and a new team nutritionist reinventing the cafeteria, that’s been a big help.

What are some things you’ve done to explore your new city? Any new restaurants you’ve enjoyed so far being in Phoenix?

First things first, I had to find the best pizza place. My girlfriend Ange and I, we had a lot to explore. We asked ourselves, “What neighborhood do we fit into? Where is the best breakfast place?” Our favorites so far: Snooze, La Piazza Al Forno, and Creamistry. We can’t wait to explore more of the state next year—Sedona, the Grand Canyon, Flagstaff, all those great areas and parks.

Yoga and running are very complementary activities. Yoga helps with

Foul-smelling feet Secrets You Wish You Knew One Year Ago

Do not let your stinky feet effect your social life

The Benefits of Yoga for Runners | SELF

“Down Dog,” the teacher says. It’s the last one of