Many health problems are caused or greatly exaggerated by nutrient deficiencies, and brain disorders like ADHD are no exception. For instance, children with ADHD are more likely than children without ADHD to have magnesium deficiency with one study (3) finding that 95 percent of diagnosed children were deficient. Supplementing with 200 milligrams of magnesium per day over six months has been shown (4) to decrease symptoms of hyperactivity. Magnesium threonate is the best type for addressing ADHD because it can cross the blood-brain barrier.

For more information on how magnesium deficiency effects ADHD read: The Important Signs Of Magnesium Deficiency.

Another common deficiency directly related to brain health is zinc, which is necessary for the metabolism of neurotransmitters, specifically dopamine (the “happy hormone”). Zinc deficiency has been linked (5) to ADHD, and many studies suggest that zinc supplementation may help reduce symptoms, (6) especially of hyperactivity in children. Not all people with ADHD are zinc deficient, and in these cases, zinc hasn’t been shown to help, but that’s just further proof that zinc is important for healthy brain function. Supplements may not be necessary, as you can get zinc from eating more dark leafy greens, wild-caught salmon, and legumes.

Genetics don’t control your health, but they can influence just about every aspect of your health. Because variations in your genes can put you at a higher risk for certain health problems, examining the implications of these variations can help you understand your individual susceptibilities so you can take action to protect yourself. Variations in the BHMT gene in particular have been directly associated with developing ADHD. Also, the COMT (7) gene works to balance and regulate communication between neurotransmitters, so certain variations in this gene can increase your risk for ADHD as well.

Food can either fuel our bodies and help to optimize health and well-being, or it can feed disease, dragging us down and making us feel “blah” at best. Eating clean is one of the best natural remedies for ADHD. But rather than focusing on eliminating whole food groups or specific foods that should be avoided with ADHD, it can be more beneficial to focus on the food additives, dyes, and other chemicals in packaged, processed food. Between 1950 and 2012, intake of artificial food dyes increased from 12 milligrams to 68 milligrams per day. According to studies, just 50 milligrams a day was shown to increase hyperactivity (8) and symptoms of ADHD, and it looks like many people (kids included) are already above that limit. Some of the food dyes and additives to look out for are:

Although I advised in #3 above that it is best to focus on additives rather than entire food groups, there is evidence that some food categories do tend to be more likely to aggravate ADHD symptoms in some people. In general, gluten-containing grains (and other grains in the ultra-sensitive), dairy products, and anything with added sugar are common symptom triggers for those with ADHD. Research has even linked celiac disease with ADHD, with one study showing a significant improvement in ADHD symptoms after starting a gluten-free diet. (9) But what food groups should you eliminate first? Everyone’s body is different, so each person is going to have different food sensitivities. An elimination diet is my gold standard for discovering your personal food intolerances to help you take back control of your health and reverse symptoms. Not sure where to begin? Check out my mindbodygreen Elimination Diet Class.

A whole area of medical research known as the cytokine model of cognitive function (11) looks at how brain inflammation is implicated in the onset and perpetuation of brain problems such as ADHD. Backing up the chain, the first step in natural ADHD treatment is to get tested for these scenarios. I run these labs in my functional medicine clinic to determine a patient’s status by assessing both permeability issues and inflammation levels:

A whole area of medical research known as the cytokine model of cognitive function (11) looks at how brain inflammation is implicated in the onset and perpetuation of brain problems such as ADHD. Backing up the chain, the first step in managing ADHD symptoms is to get tested for these scenarios. I run these labs in my functional medicine clinic to determine a patient’s status by assessing both permeability issues and inflammation levels:

The next step is to work backwards up the chain, healing breached barriers by addressing inflammation with anti-inflammatory food medicines, such as turmeric, green tea, and other superfoods.

Electroencephalographic biofeedback (12) is a type of neurotherapy coupled with a learning strategy that gives people feedback about their brain waves to help them learn to self-regulate their brain function. This can help to control their symptoms and increase focus, and has been used successfully with many people struggling with ADHD.

7. Go play outside and exercise

Children don’t play outside as often as they once did, but they should—especially kids with ADHD. According to research, spending just 20 minutes outside can improve concentration (13) in children with ADHD. Research also found that taking a walk in nature or at a park is more effective than just spending time outside in a busy city, for both adults and children. ADHD is associated with lower levels of dopamine (23) (and the consequent negative feelings), but regular exercise can help to compensate for this deficiency by boosting dopamine.

Adaptogens are plant medicines that specifically help to restore balance to the body and mind through various stress-relieving functions. Research found that children with ADHD who took Ginkgo biloba once a day for five weeks experienced an improvement (14) in their symptoms. A similar study also looked at the effects of red ginseng and found that a daily dose of 1,000 mg for eight weeks led to a reduction in symptoms, (15) including decreased anxiety and improved social function. Other adaptogens that have been shown to help with ADHD are pine bark extract (16) and Bacopa monnieri. (17) They can easily be incorporated into your favorite smoothies, beverages, or meals to help with symptoms.

Never fear–CBD stands for cannabidiol, which is a cannabinoid compound in hemp and marijuana, but unlike THC (the psychoactive component of the marijuana plant), CBD does not give you the “high” that marijuana is famous for. While CBD oil can contain very small levels of THC, most don’t contain any, making CBD oil a great option for those looking for the benefits associated with hemp and marijuana without the mind-altering effects. If you are concerned, choose a brand with verified purity, as some people don’t react well to THC.

While more studies need to be done to confirm the effectiveness of CBD oil (18) on ADHD symptoms, research suggests that it could help manage symptoms due to its ability to significantly drive down inflammation in the brain. CBD oil also helps to relieve anxiety by increasing prefrontal cortex activation and lowering activity in the amygdala areas of the brain, as well as keeping GABA and glutamate levels balanced (19) for great calm and focus.

Many people struggling with ADHD present with serotonin imbalances. (20) Serotonin is the “feel-good neurotransmitter” and plays a role in impulse control, mood swings, and sleep patterns. To help boost serotonin, try tryptophan or B6, an essential amino acid that occurs naturally in many foods, including turkey. B6 is essential for the production of serotonin and has been shown (21) to reduce symptoms of hyperactivity. It is also found in:

Insomnia is a common symptom in those diagnosed with ADHD, as the hyperactive component can make it hard to settle down and rest. Behavioral sleep intervention has been shown in clinical trials to improve sleep patterns, which in turn also helped improve hyperactivity, (22) focus, and other symptoms of ADHD, even long after the trial was completed. A doctor can recommend a good source for this kind of intervention.

Since every person’s health case is unique, what works for one person won’t always work for the next. That’s why it is important to work with a qualified practitioner, to help identify any underlying health problems you or your child might have that could factor into symptoms and overall health profile. Your practitioner will help you decide if natural remedies for ADHD are a better alternative to medication. This knowledge will help you both to come up with a plan of care that works best for your (or your child’s) individual needs.

As one of the first functional medicine telehealth clinics in the world, we provide webcam health consultations for people around the globe. 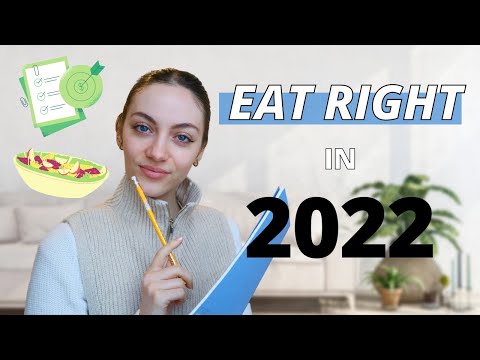 How to EAT RIGHT for the new year // SECRETS to healthy eating in 2022 (and forever!) | Edukale

How to eat right for the new year, secrets to 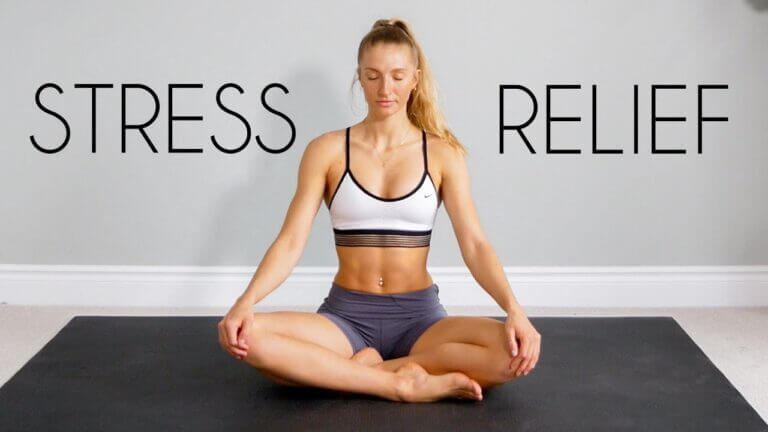 De-stress with this 20 minute calming yoga routine that includes 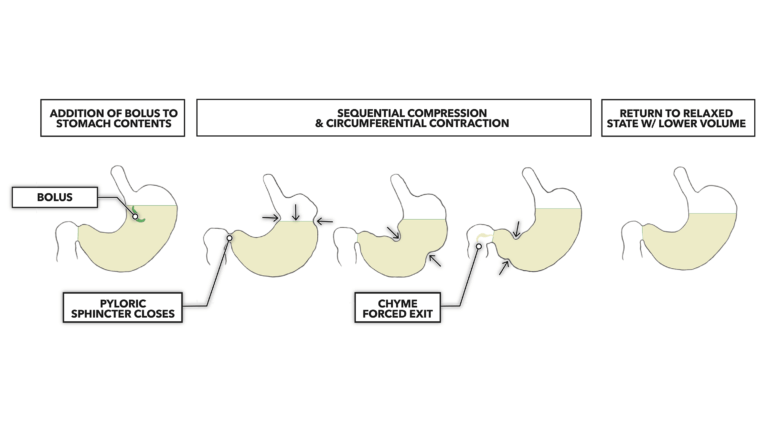 The stomach functions to temporarily store ingested food and drink, 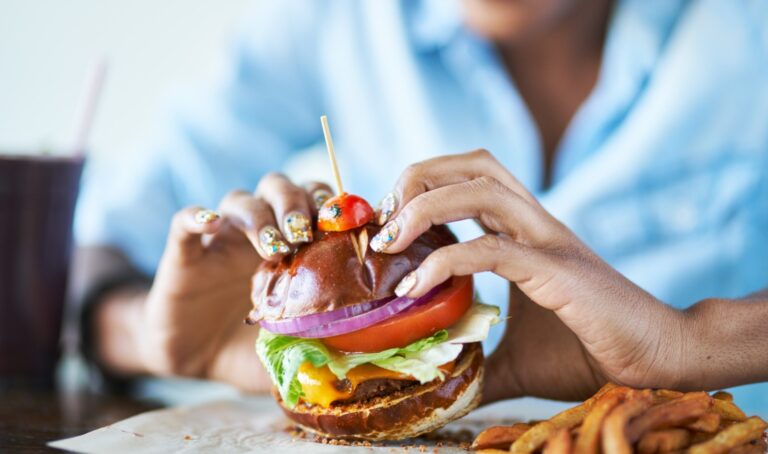 Plant-based meats have a positive impact on gut health, according