35,000 Soldiers Died from the Experimental Anthrax Vaccine – More Than Those Who Died in Combat in Afghanistan and Iraq Combined 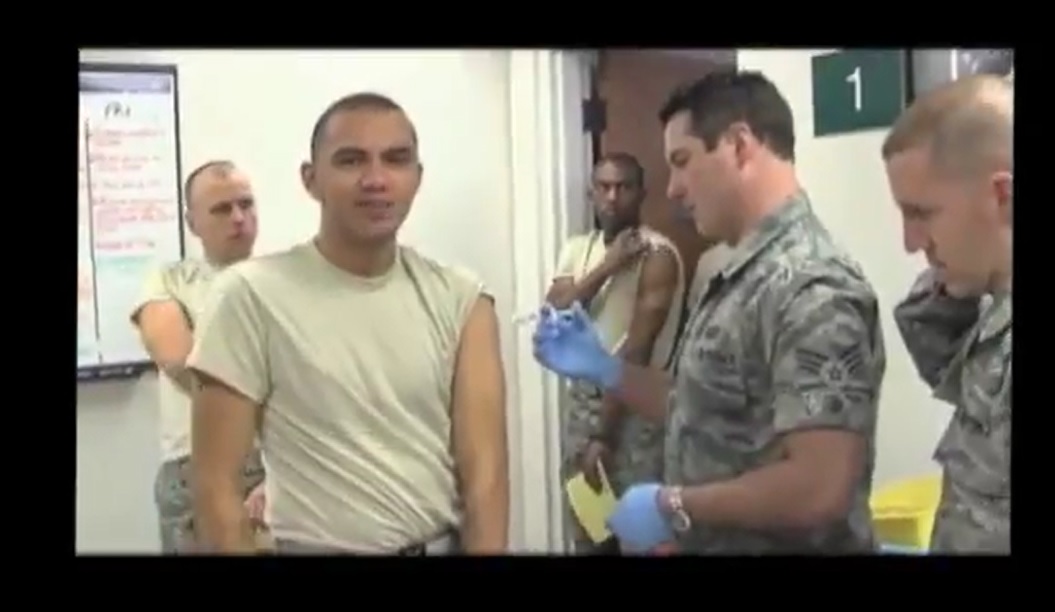 Vaccine Syndrome is a film produced by Oscar nominated filmmaker Scott Miller, and provides exclusive interviews with military personnel who have had experience with the controversial anthrax vaccine.

The film claims that over 35,000 soldiers have died from the anthrax vaccine, according to a “RAC-GWVI Government Report” published in 2008.

Compare that to how many soldiers have died in combat in both Iraq and Afghanistan, which is 6753 at the time of the filming.

The film starts out with a dramatized recreating of Lance Corporal Jared Schwartz, who refused to receive the anthrax vaccine.

He had to face a military tribunal without legal counsel, and read a prepared statement.

That statement can be found online, such as at the GulfWarVets.com website.

The film also mentions how pharmaceutical companies have legal immunity from any injuries or deaths resulting from vaccines, and that the civilian population only has recourse to sue the federal government in a special Vaccine Court.

However, military personnel are prohibited from suing in this court, which is part of the National Vaccine Compensation Program.

Watch the film here, or on our Bitchute Channel.

We Are Now on Parler and MeWe!

If our website is seized and shut down, find us on Parler and MeWe for further instructions about where to find us.

Why You Should Do a SUP Yoga Teacher Training

Sarah Tiefenthaler is a seasoned SUP yoga teacher and the

Educators in Central Bucks, Centennial, Bensalem and other Bucks County