4 Factors That Put Your Gut Health at Risk

Few people are truly aware of the importance of a balanced gut for their overall health and wellbeing. Some may even be unaware that we have a teeming community of microbes inside us! This unseen population of trillions of microbes comprises the gastrointestinal ecosystem that is known as your gut microbiome made up of bacteria, viruses, fungi, and more. The gut “flora” (microbes) is referred to by scientists as microbiota.

The balance of your microbiota, and overall microbiome health and function, is extremely important, affecting nearly every system in your body. An imbalance (often referred to as dysbiosis) of the gut microbiome and microbiota has been connected to many issues in the body including:

What Is an Imbalance of Microbiota?

A “balanced” microbiome refers to the optimum synergy in the symbiotic relationship between the microbes themselves, the function of each, and how those processes relate to your body. Generally stated, this is achieved by having: 1) a great diversity of microbiota, and 2) optimal levels of each microbe.

If one type of microbe is allowed to either gain the upper hand or be depleted, there can be repercussions for your health. Examples of such consequences would include fungi (yeast) being able to flourish, leading to yeast overgrowth. A depletion in yeast can also cause issues. Not enough yeast can lead to a lack of enzymes and less nutrients absorption. Then, there are bacteria, such as Clostridium and Fusobacterium, that in some circumstances may become harmful pathogens.

The microbiome really is that delicate of an ecosystem. Unfortunately, it’s all too easy to mess with its balance. In fact, one animal study found that a high-fat, high-sugar diet (the typical Western diet) measurably “shifted the structure of the microbiota within a single day.”

If we’re ignorant of the damage we’re doing, we can inadvertently pile on the damage, through various means. This can create the perfect storm of imbalance that leads to weakened immune function, and other states that have been directly connected to disease or, at minimum, poor health.

Here are four of the most common ways you may be throwing your own microbiome and microbiota out of balance.

There’s been controversy about sweeteners for decades. Usually it’s aspartame (NutraSweet or Equal) and saccharin that get most of the flack, publicly. However, sucralose is not immune to examination or the need for caution. Splenda is marketed as being close to nature and being “made” from real sugar. The reality is sucralose is the result of chlorinating sucrose (sugar). So, it may start out as sugar, but what it becomes sure isn’t natural.

Think of it like butter versus margarine. You take a healthy, fairly inert oil and you hydrogenate it to make margarine, and all of a sudden, it’s not inert or healthy at all!

The process of making sucralose binds chlorine to the sugar molecule, meaning you are intentionally ingesting chlorine, which is a known poison. The processes the body goes through to deal with this toxic substance creates other chemical reactions that are harmful to the body.

On top of this, in order to prevent the chlorine from detaching, so to speak, other spectacularly harmful chemicals are added to the mix. You don’t see these on the ingredients list because they are in amounts that do not require labeling, by law. The chemicals you may be ingesting along with your sucralose include:

In fact, back in 1976, the creators of Splenda have been reported as stating,

Sucralose is made from sugar, but is derived from sucrose (sugar) through a process that selectively substitutes three atoms of chlorine for three hydrogen-oxygen groups on the sucrose molecule. No artificial sweetener made in the laboratory is going to be neither natural to the body nor safer than unprocessed sugar.”

In a 2008 study with rats consuming sucralose, negative effects were noted to the microbiome and microbiota. After 12 weeks of recovery (not taking the sucralose), the good bacteria and anaerobes were still notably decreased – by as much as 53.9%.

Not only that, the rats that had the lowest doses gained the most weight, though food quantities did not vary. It’s worth noting that an unbalanced microbiome has also been connected to weight gain. The possibility arises that sucralose’s ability to affect the microbiome plays a part in this phenomenon.

The researchers of this same study also observed a significant effect on important proteins involving nutrient absorption and medicines. Sucralose, therefore, is not as harmless as Big Food marketing departments would have you believe.

In addition to harming many bodily systems, alcohol also damages your gut microbiome. It can lead to alterations of the gut flora (i.e. small intestinal bacterial overgrowth).

In 2009, a study looking at the effect of alcohol on microbiota found significant dysbiosis (microbial imbalance) with the alcohol-fed rats. In contrast, the imbalance was prevented by administering the probiotic (beneficial bacteria), Lactobacillus. The power of probiotics!

Other studies have demonstrated specific harmful bacteria overgrowth due to alcohol. Conversely, the probiotic Lactobacilli was seen to be severely depleted.

One specific condition associated with alcohol consumption is that of dysbiosis of the small intestine: SIBO – Small Intestine Bacteria Overgrowth. Typically the large intestine contains the greater amounts of bacteria, and a much lower number in the smaller. The problem with SIBO is complex, but to put it simply, the extra bacteria in the small intestine are able to consume nutrients that should be absorbed by the body. This can lead to malnourishment. Also, this breakdown of nutrients can lead to bowel problems and gas.

Many studies looking at the alcohol-microbiome link have been with high amounts of alcohol, looking at dysbiosis and alcoholism. However, a human study by Dr. Scott Gabbard and team at the Dartmouth-Hitchcock Medical Center and the Mayo Clinic looked at moderate consumption. They found that even a small amount of alcohol could impact gut health.

Suffice to say, if you know you have a gut imbalance, you want to avoid alcohol while you replenish and rebalance with a good probiotic foods and/or a supplement.

Diet is by far one of the main culprits for developing an imbalance of microbiota, and any subsequent fallout. Here are the primary reasons:

If there was a countdown, this would be the dramatic finish because are likely the worst cause of an imbalanced gut. Especially if used regularly, and in combination with all the above.

It’s simple: antibiotics are life-saving medicines that kill bacteria that in the past, in particular, would have been too much for the body to heal on its own. Nowadays there is a tendency to use these miracle meds even when there is not a life-threatening illness, whether for speed of recovery or to avoid the chance of an infection getting to that level.

So we take them. Even when at times we’re playing a 50/50 game with our ailment actually being a virus. Either way, the antibiotics do their job and wipe out bacteria in our system. The problem then arises in the gut.

As you now know, the gut microbiome is a delicate balance of organisms. However, the “good” and “bad” bacteria are all the same to antibiotics. When you take antibiotics, both are killed indiscriminately leaving your microbiome at risk of other microbes taking over, including resistant bacteria.

Overgrowth of yeast is probably the most well-known result of taking antibiotics. We need yeasts for our gastrointestinal ecosystem, but, as with everything else, in the right balance. There are bacteria in the gut that feed off killing the yeasts and fungi. There are those that, in interacting with the yeast, create enzymes and other chemicals and compounds that promote health.

When yeast is allowed to grow out of control, say, when antibiotics have wiped out these aforementioned bacteria, it can lead to health problems. Yeast overgrowth is under suspicion for being at the root of disease, as well as many common health issues such as urinary tract infections (UTIs), respiratory infections, and sinus infections.

A study on the effects of taking the antibiotic Ciprofloxacin found that up to a third of bacterial varieties were killed with just one dose. While most of the test study subjects had a rebalanced flora by the 4th week following treatment, some did not even after 6 months.

Someone who is prone to having a lengthy recovery time should definitely be wary of taking too many antibiotics.

Anyone taking antibiotics should be aware of the potential effects and be certain to:

The remedy seems pretty simple there… avoid the things that cause the imbalance, and start including good sources of those that help it.

Take fermented foods. For centuries, different cultures have all had their own versions of fermented foods. These cultural treats are not simply tasty, they served a purpose – mainly that of preserving foods before there was adequate refrigeration, and for travel. However, whether by design of accident, there’s much more to it than that.

It begins with the pre-digestion that occurs in the fermenting. The sugars and starches are broken down by probiotics and yeasts. The end result is an array of probiotics that your gut loves, as well as lactic acid.

The benefits of eating fermented foods and substances is largely due to anaerobes, which are a specialized microbe that assist in the fermentation process, at the same time creating bioactive compounds. These compounds themselves have many benefits, including properties that are antioxidant, antihypertensive, and even anti-cancer. Best of all, anaerobes make the nutrients in fermented foods, and within your own digestive system, more bioavailable to you. This means more is absorbed and utilized by the body.

Something else we used to consume more of in ancient times are fulvic and humic acids. These substances are promoters of a balanced microbiome and help your body to absorb probiotics. Organic vegetables grown directly in the soil are high in fulvic acid.

It is thought the main reason fulvics are so beneficial for our microbiome and health is that they form bonds with bioactive molecules, acting as a carrier for them. Digestive disorders such as leaky gut (food, pathogens, and other particles are able to pass through the intestinal lining into the bloodstream), SIBO, and IBS can be supported or potentially avoided with the use of good fulvics.

The post 4 Factors That Put Your Gut Health at Risk appeared first on The Truth About Cancer. 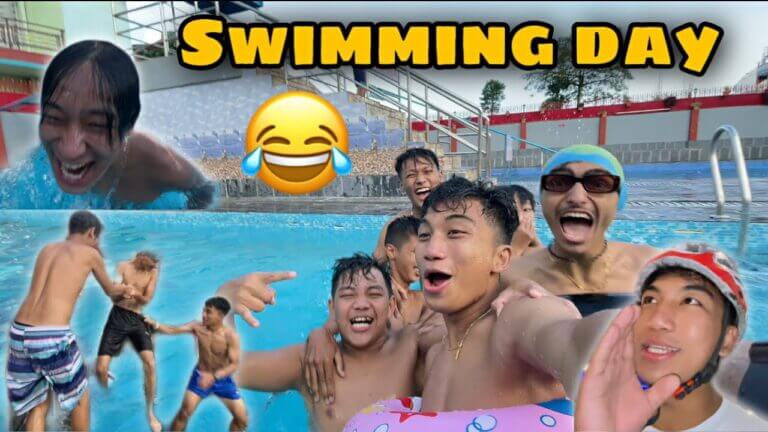 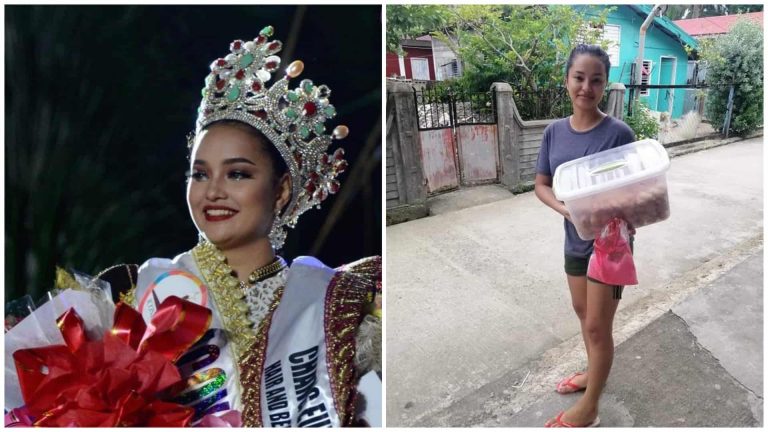 Joan 2 months ago Beauty queens are often viewed as 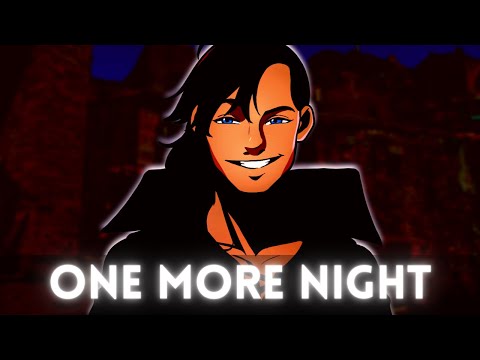 After your best friend dies in your arms, you find 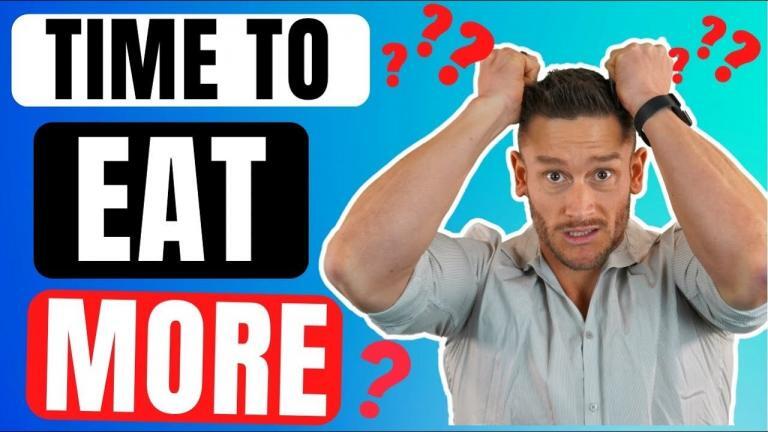 Join Thrive Market Today to get 30% Off Your First