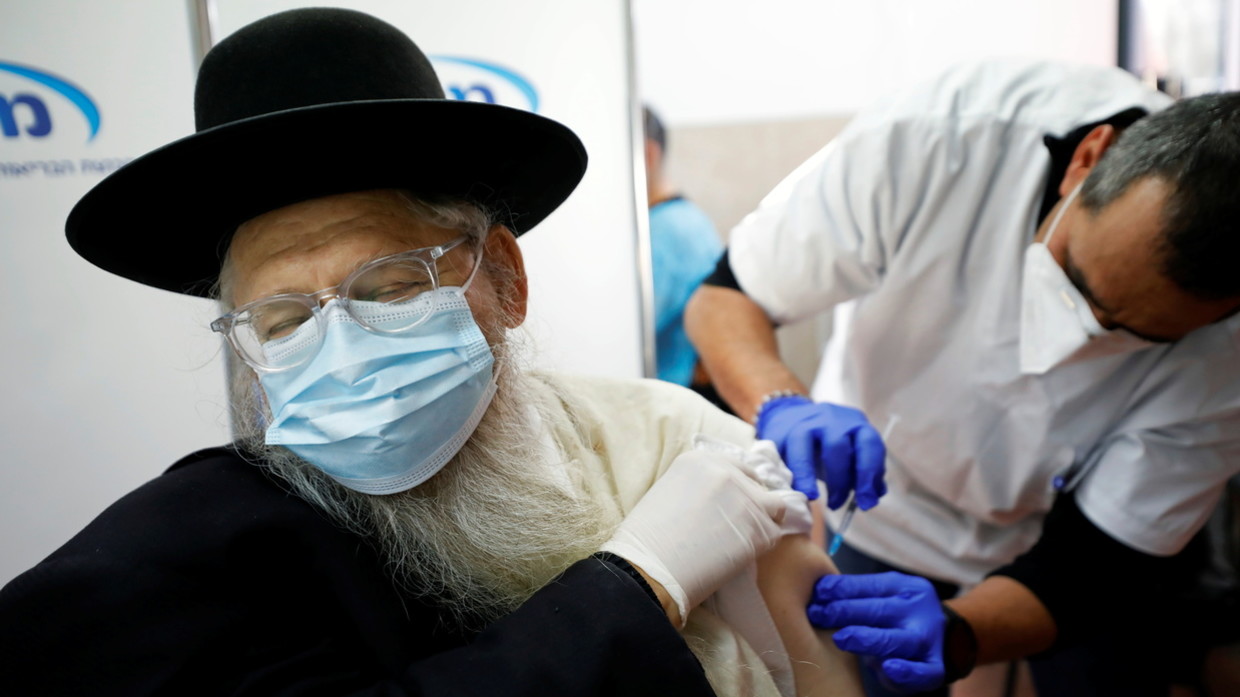 With the vaccine not providing immediate immunity to the coronavirus, over two hundred Israeli citizens have been diagnosed with the disease days after getting the Pfizer/BioNTech jabs, local media reported.

The number of those who got Covid-19 despite being vaccinated was at around 240 people, according to data from Channel 13 News.

The Pfizer/BioNTech vaccine, which the Israeli health authorities rely on, doesn’t contain the coronavirus and can’t infect the recipient. But time is needed for the genetic code in the drug to train the immune system to recognize and attack the disease.

The Jewish state is currently undertaking a massive vaccination campaign, which already saw over one million people or almost 12 percent of the population getting the Pfizer/BioNTech jab. That’s the largest span per capita in the world, according to Oxford University. The first phase of the program aims to immunize medics and elderly people before expanding on to other categories.

Around one in a thousand people have reported mild side effects after the injection, including weakness, dizziness and fever as well as pain, swelling and redness in the spot where the shot was given. Only a few dozen of them required medical attention, the Health Ministry said.

Since vaccinations kicked off on December 20, at least four people in Israel died shortly after getting the jab, Kan public broadcaster reported. However, the Health Ministry said that three fatalities were unrelated to the vaccine, with the fourth case of an 88-year-old man with preexisting conditions currently being investigated.

Read the full article at RT.com.

We Are Now on Parler, MeWe, and Gab!

If our website is seized and shut down, find us on Parler, MeWe and Gab for further instructions about where to find us.

Alan Rickman, David Bowie both victims of a for-profit cancer industry that exploits humans for money (while suppressing natural cures)

Clipper Organic Detox Infusion Tea: What I Say About Food

Web chef, Kimberly Turner, from http://CookingWithKimberly.com shares with you what

By Devika Koppikar Before her current vocation as a disciple