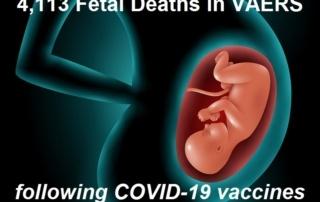 By way of contrast, there were 2,239 recorded deaths of unborn babies in VAERS for the 30 years (360 months) prior to the authorizations of the COVID-19 vaccines in December of 2020, following all FDA-approved vaccines combined during that time period. (Source.)

As one can see from the charts above that are pulled from VAERS, the Pfizer COVID-19 vaccine has had the most cases of fetal deaths after being injected into pregnant and child-bearing aged women than any other vaccine in the history of the U.S. with 3,209, and that was accomplished in only 17 months.

Postmarketing reports from Pfizer that the FDA was forced by a court order to release at the beginning of April show that Pfizer had plenty of data to show how dangerous their COVID-19 vaccine was to pregnant and nursing mothers, and yet the FDA approved it anyway.

An interesting finding in Pfizer’s postmarketing report on page 12:

If I was a regulator, and if a company presented a product that results in a 50:50 proportion of infant births to deaths, I would personally be alarmed. I would ask for a pause in giving it to women who could get pregnant until more investigations can be done.

Apparently, FDA was not at all alarmed by this, did not tell us, but decided to refuse publishing of documents showing that. All they said is that it was “safe and effective for pregnant women”. Because science.

Perhaps the most interesting is the sheer number of adverse effects involving INFANTS who were breastfed by vaccinated mothers:

Out of 133 breastfeeding vaccinated mothers reported, there were 17 cases of adverse events in breastfed infants. Three of them were “serious”.

Despite that, the media kept insisting that there are “no Serious COVID-19 Vaccine Side Effects”, and “no shedding”, which was a lie, as we now know.

I would say that mothers and pregnant women were misled by the “FDA” and so called “health experts”. They were also misled by people like “Bill McCarthy”, a policy and journalism major who wrote the above gem, who has no health science background, and who misled pregnant and breastfeeding women for money along with the rest of corporate media. (Source.)

A former employee of Pfizer has come forward to report on the dangers of the Pfizer COVID-19 vaccine to pregnant women and unborn children, saying they are too dangerous, even though the FDA and CDC will not reveal these facts.

“You’re being lied to, I’m being lied to,” said the professional research scientist. “The authorities are not giving us full information about the risks of these products.”

Yeadon, who has degrees in biochemistry and toxicology and a Ph.D in respiratory pharmacology, worked for 32 years in the pharmaceutical industry and retired in 2011 from the most senior position in his field as vice president and chief scientist for allergy and respiratory at Pfizer.

From there, he founded his own biotech company, Ziarco, which was sold to the world’s largest drug company, Novartis, in 2017.

The British national explained his first point as being “so obvious” that all can agree. “We never, ever, give experimental medicines to pregnant women. Why do we not do that?” he asked.

He went on to explain how 60 years ago:

“women were exposed to a new product for morning sickness called thalidomide and it led to at least 10,000 birth malformations.”

Studies before its release at the time were not capable of identifying “thalidomide as a toxin in the womb.”

This tragedy, he explained, taught scientists that:

“babies are not safe and protected inside the uterus which is what we used to think. But, in fact, they’re a miracle of minute development. Critical stages, especially in the early stages, where if interfered with biochemicals or something else, can change the course of development of that child irreparably.”

“You never ever give inadequately tested medicines, medicinal products, to a pregnant woman,” he emphasized. “And that is exactly what is happening. Our government is urging pregnant women, and women of childbearing age, to get vaccinated. And they’re telling them they’re safe. And that’s a lie because those studies have simply not been done.”

Furthermore, “reproductive toxicology has not been undertaken with any of these products, certainly not a full battery of tests that you would want” Yeadon said.

“So, here we are. There’s been potentially hundreds of millions of women of child-bearing potential [injected] with products which are untested in terms of impacts on fertilization and development of the baby.”

“That’s bad enough because what that tells me is that there’s recklessness. No one cares. The authorities do not care what happens,” he said.

But with a closer look, Yeadon said that given two other studies, the situation looks “much worse” due to evidence of actual damaging effects on fertility. (Source.)

Enrico Trigoso of the Epoch Times reported on the experience of another doctor who is seeing the effects of COVID-19 vaccines on pregnant women:

Dr. James Thorp is an extensively published 68-year-old physician MD board-certified in obstetrics and gynecology, as well as maternal-fetal medicine, who has practiced obstetrics for over 42 years.

Thorp told The Epoch Times that he sees 6,000–7,000 high-risk pregnant patients a year and has seen many complications among them due to the COVID vaccines.

“I’ve seen many, many, many complications in pregnant women, in moms and in fetuses, in children, offspring,” Thorp said, “fetal death, miscarriage, death of the fetus inside the mom.

“What I’ve seen in the last two years is unprecedented,” Thorp asserted.

Thorp explained that although he has seen an increase in fetal death and adverse pregnancy outcomes associated with the COVID-19 vaccination, attempts to quantify this effect are hampered by the imposition of gag orders on physicians and nurses that were imposed in September 2021, as reviewed in the publication “Patient Betrayal: The Corruption of Healthcare, Informed Consent and the Physician-Patient Relationship” (pdf). (Source.)

Not only are unborn babies being killed in the womb of their mothers who took a COVID-19 vaccine, these unborn children are sacrificed to the vaccine cult to actually make the vaccines.

In an interview between Robert F. Kennedy, Jr. and Dr. Theresa Deisher conducted back in 2020 regarding the use of human fetal tissue to culture viruses for vaccines, Dr. Deisher reveals that human DNA fragments are found in vaccines.

One of the more interesting questions Mr. Kennedy asked Dr. Deisher was why the manufacturers of vaccines switched from exclusively using animal tissue to culture viruses for vaccines, to start using aborted fetal tissue some years back.

Dr. Deisher’s reply was that the industry was getting a lot of pressure from the animal rights movement to stop using animals for experimentation.

Mr. Kennedy was shocked, and stated:

It’s kind of weird to think that the animal rights activists have more clout with the vaccine companies than do the anti-abortion activists.

They do. And you know what’s really alarming is the lack of outcry over human babies born alive at five to six months old so that their hearts can be obtained beating. And they have to be beating to be used in the research that’s being done.

If the heart has stopped beating, it’s not useful. You cannot use it.

And so these babies are delivered alive, and their hearts cut out without anesthesia.

I wouldn’t do that to a mouse….

This interview is no longer available on YouTube, but here is an excerpt from a copy that we saved. This is from our Bitchute channel, and will also be on our Odysee and Telegram channels.

The Pfizer COVID-19 vaccine was developed with fetal cell tissue, but according to a whistleblower within Pfizer, they tried to conceal this from the public.

This is from Project Veritas:

Here are two stories from young mothers who lost their unborn babies just after receiving a second COVID-19 vaccine. Perhaps their words and their experiences, which obviously represent, at least, many thousands of others, can better communicate just how truly horrible this is.

This is on our Bitchute channel, Odysee channel, and also on our Telegram channel.

The post 4,113 Fetal Deaths in VAERS Following COVID-19 Vaccines Not Including Those Murdered Alive to Develop the Vaccines first appeared on Health Impact News. 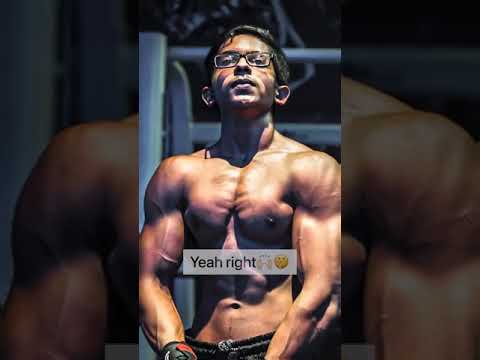 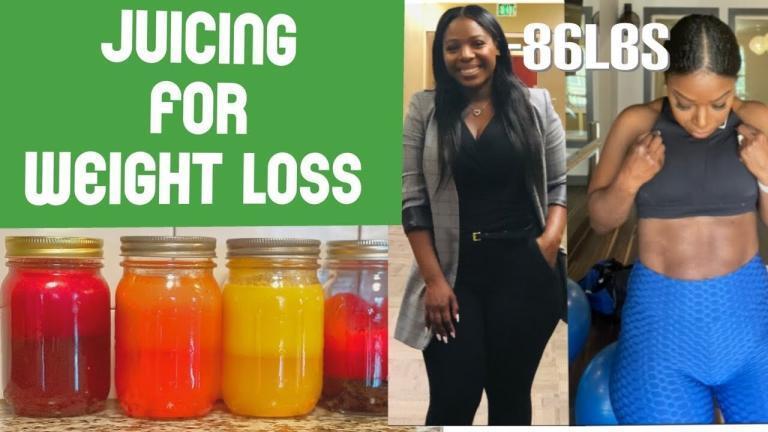 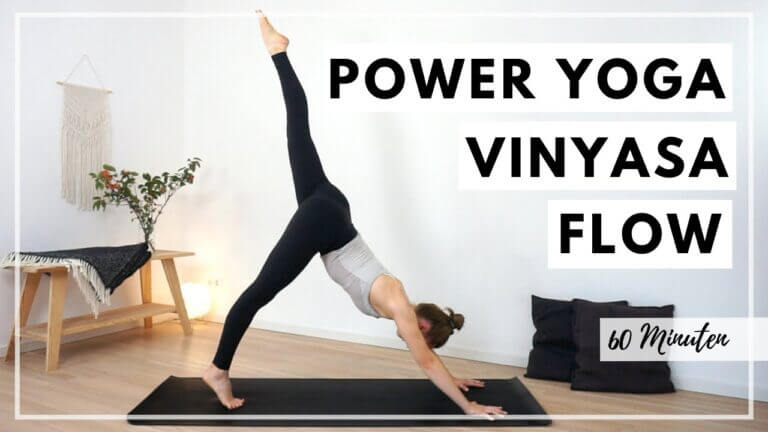 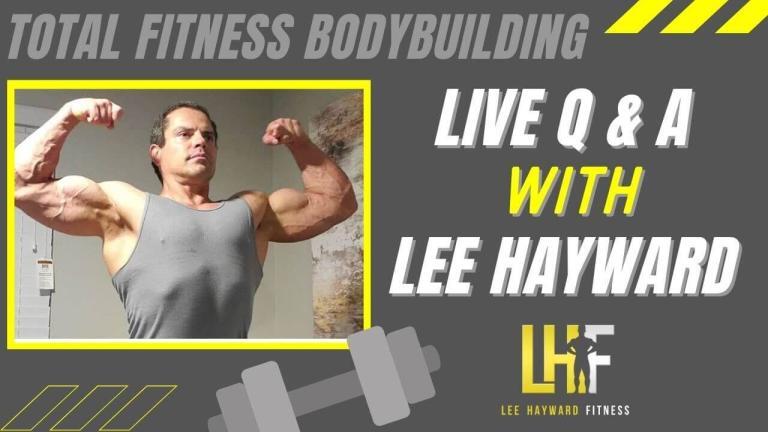 Bottom line, it all works – as long as you’re