Carving pumpkins, roasting the seeds for a nutrient-rich snack, and displaying the candlelit faces on your porch are fall traditions that many people enjoy. But these bright gourds aren’t just for show, and their nutritional potential isn’t limited to pumpkin seeds alone.

Pumpkin flesh, or pulp, is a vehicle for many nutrients. “Pumpkin is a powerhouse of potassium and fiber, two nutrients that most adults are falling short of in their diets,” says Joan Salge Blake, RD, a clinical professor of nutrition at Boston University.

While pumpkin pies, breads, and muffins are common ways to enjoy the fruit — yep, pumpkin is technically a squash — baked goods aren’t the only option. You can roast pumpkin cubes and serve them alongside your mains, or incorporate the cooked flesh into soups, stews, curries, salads, and chilis. Fresh pumpkin is best when it’s in season, which is during the fall and winter months, according to the U.S. Department of Agriculture (USDA).

With canned pumpkin, you can enjoy fall flavors all year long. Canned pumpkin makes it easy to add steamed pumpkin to smoothies, hummus, oatmeal, and pasta sauces. Just be sure to grab plain canned pumpkin instead of pumpkin pie filling, which can include added sugar.

No matter how you prefer to eat your pumpkin, here are seven reasons you’re going to want to start today.

1. High in Fiber and Pectin, Pumpkin Flesh Can Aid Digestion

Dietary fiber is an essential nutrient that’s mostly associated with fueling the digestive tract and preventing constipation, but its benefits go far beyond that. In addition to improving gut health, fiber supports cardiovascular and metabolic health, and encourages longevity, according to the Mayo Clinic. Despite the many benefits of fiber, many people don’t get enough of this nutrient.

According to the USDA, 1 cup of cooked pumpkin flesh packs 7.1 grams of fiber, making it an excellent source. Pumpkin flesh is also rich in pectin, a type of soluble fiber. “Pectin is a natural prebiotic, which helps feed the good, healthy probiotic microbes in the gut,” says Jenna Volpe, RDN, who’s based in Austin, Texas, adding that this is why pumpkin tends to be well tolerated on low-FODMAP and irritable bowel syndrome-friendly meal plans. The prebiotic strains in pectin may support the gut microbiome by rebalancing it toward a more anti-inflammatory state, according to research published in November 2017 in FEMS Microbiology Ecology.

2. Pumpkin Is High in Potassium, Which Can Help Lower Blood Pressure

Bananas aren’t your only option when it comes to getting enough potassium. According to the USDA, 1 cup of canned plain pumpkin provides 505 milligrams (mg) of this nutrient, which can help lower blood pressure levels — and in turn help reduce the risk of heart disease and stroke, per the Centers for Disease Control and Prevention (CDC). “A diet plentiful in potassium helps lower blood pressure in those with or at risk of hypertension by causing the kidneys to excrete excess sodium,” Blake explains.

Potassium is an essential nutrient, yet Americans aren’t getting enough of it. According to the National Institutes of Health, potassium is considered a nutrient of public health concern, since the U.S. population consistently consumes less than the recommended amount.

The American Heart Association recommends 4,700 mg of potassium per day for the average adult. There is such a thing as too much potassium, since it can be harmful to anyone with kidney disorders.

3. Beta-Carotene Gives Pumpkin Its Orange Hue and a Boost of Vitamin A

If you’ve ever wondered what gives the classic jack-o’-lantern its notorious orange color, you can thank a red-orange pigment called beta-carotene, which the human body converts to antioxidant-rich vitamin A. Beta-carotene is a type of carotenoid, a class of pigments found in fruits and vegetables that also act as antioxidants.

“Pumpkin is a naturally abundant food source of the potent antioxidant beta-carotene, which supports healthy eyes, skin, and immunity,” Volpe says. In fact, the USDA reports that pumpkin contains more beta-carotene than many other foods in your kitchen. Other food sources include sweet potatoes, carrots, orange bell peppers, and cantaloupe — see what they all have in common?

Vitamin A is an essential nutrient, and it’s mostly associated with vision, immunity, reproduction, and development, but a diet rich in vitamin A or beta-carotene may reduce the risk of certain cancers, according to the National Institutes of Health. The high antioxidant content in pumpkins may contribute to their potential cancer-fighting properties, but more research is ultimately needed.

4. Pumpkins Are a Good Source of Immune-Boosting Vitamins and Minerals

Your immune system is responsible for keeping your body safe from external invaders that could cause you harm. Needless to say, it’s pretty important, especially during cold and flu season. Certain nutrients are beneficial for your immunity, and pumpkin contains quite a few.

According to the Cleveland Clinic, pumpkin is a rich source of immune-boosting nutrients like iron and vitamins A, C, and E. The vitamin C in 1 cup of plain canned pumpkin provides 10.3 mg, making it a good source, per the USDA.

It also contributes to the increased absorption of iron, per research published in September 2019 in Molecules. Different immune cells can use iron for different functions, according to a review published in November 2019 in Frontiers in Molecular Biosciences, so consuming iron-rich pumpkin helps benefit immunity through multiple avenues.

5. Also Thanks to Beta-Carotene, Pumpkins Can Help Reduce Inflammation

Like getting sick, experiencing inflammation is an inevitable part of life. It’s the body’s response to offending agents or injuries. Acute inflammation is typically short term, such as when you accidentally cut your finger, and usually goes away within a few days, according to the Cleveland Clinic. But chronic inflammation isn’t something to ignore.

Chronic inflammation can lead to diseases linked to disability and mortality, such as diabetes, heart disease, cancer, kidney disease, and autoimmune disorders, as reported in research published in December 2019 in Nature Medicine. Researchers are still studying the ways that food can affect levels of inflammation in the body, but a nutrient-dense diet may help, according to the Academy of Nutrition and Dietetics.

6. Nutrients in Pumpkin May Reduce the Risk of Heart Disease

Heart disease is the leading cause of death in the United States, per the CDC. Medical conditions like high blood pressure, high cholesterol, diabetes, and obesity can put you at an increased risk, but so can lifestyle choices like smoking, alcohol use, poor diet, and lack of exercise. Adding nutrient-rich foods like pumpkin may help promote heart health. Pumpkin is a rich source of heart-healthy nutrients like fiber, potassium, and antioxidants.

In addition to eating the right amount of calories, exercising regularly, and living tobacco-free, the American Heart Association recommends eating a variety of fruits and vegetables and cutting down on excess sodium for heart health.

Potassium is a key player in processing sodium, so eating foods high in potassium like pumpkin can help keep your sodium levels in check. Dietary fiber has consistently been shown to reduce the risk of heart disease and improve cholesterol and triglyceride levels, according to a review published in August 2019 in the Journal of the American College of Cardiology. Pumpkins are also full of antioxidants, which prevent disease by fending off damage from free radicals, according to the Cleveland Clinic.

Eye and skin health inevitably change with age, but certain nutrients can offer support. There is a link between nutrition and eye health, according to the American Optometric Association, which recommends eating more pumpkin because the fruit contains nutrients that may help preserve vision. Specifically, zinc, fiber, lutein, zeaxanthin, and vitamins A, C and E in pumpkins may be beneficial to the eyes.

“The carotenoids lutein and zeaxanthin are known to help decrease the risk of age-related macular degeneration,” Volpe says. This, along with their potential ability to help reduce cataracts, is noted in research published in February 2022 in Nutrients.

Both vitamins and carotenoids act as antioxidants, which may also play a role. “They help combat cell damage, which is responsible for the aging of cells,” Volpe explains, noting that this process can affect the appearance of skin. “Vitamins C and E can prevent processes that cause the acceleration of skin aging,” she adds. 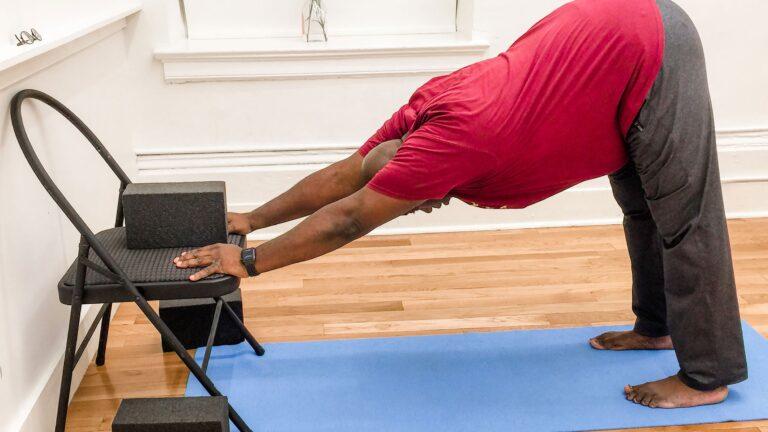 This beginner-friendly Chair Sun Salutation is an especially helpful sequence 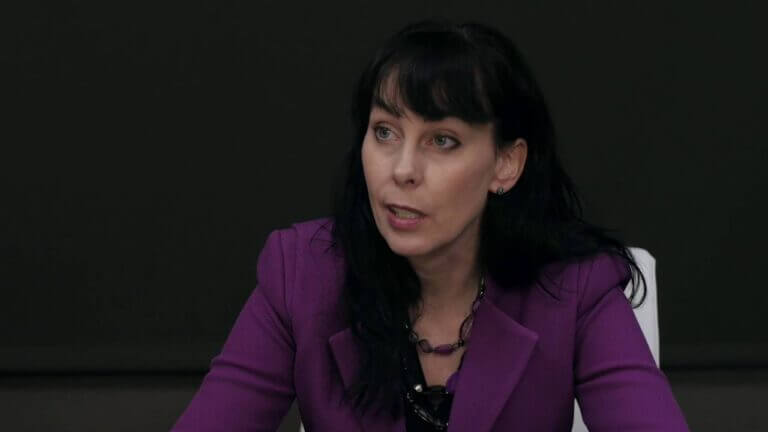 What are the recoverable damages from vaccine injury? | Kathleen Loucks 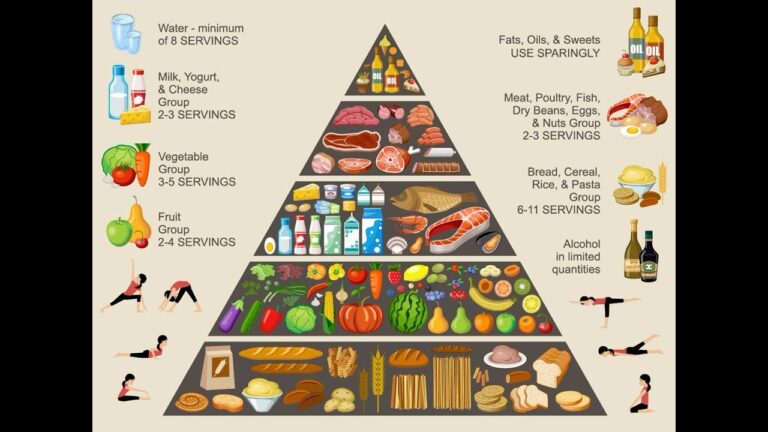 What Is Food Pyramid? It is a simple visual guide 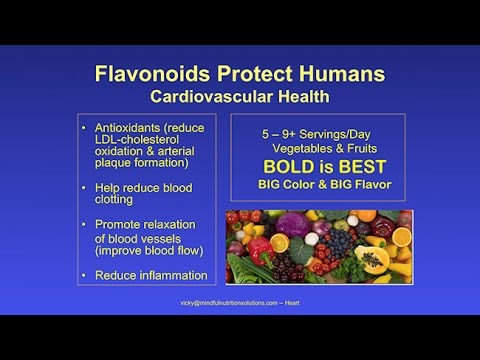