EW’s BINGE podcast is here to make it clear: You think you know RuPaul’s Drag Race All Stars 2, but you really have no idea.

This week, drag superstars Alaska and Detox reunite for a special AS2 recap in which they spill scalding tea on highlights from the fan-favorite season — including when Detox nearly changed her mind about her decision to eliminate Alyssa Edwards from the competition.

“I wanted to change it when I picked Alyssa. I just didn’t do it… I knew it was Roxxxy’s time to go, but I still picked Alyssa. The whole time I was like, ‘God, I should’ve just done it,'” Detox recalls of the episode 7 moment in which she chose to eliminate Edwards over her friend, who’d appeared in the bottom across four consecutive weeks leading up to that point. “I had already put [Alyssa’s lipstick] under my sleeve, and I was going to ask one of the PAs to be like, ‘I can’t do this, I’ve gotta change my lipstick,’ but I didn’t know how to do that. I didn’t know how to navigate that. I was like, f— it, it’s already done.”

Edwards’ elimination was one of many juicy scenes in what fans often cite as the best season in RuPaul’s Drag Race herstory. It marked the first time the queens, rather than the panel of judges, were tasked with eliminating each other from the competition. Alaska, who went on to win AS2, also tells EW how she dealt with the intense back-and-forth between viewers — including over the headline-making moment where Alaska also saved Roxxxy, seemingly because of a borrow rhinestoned top.

“You can’t go around and be like, ‘Yeah, I regret it, and I’m so sorry,’ you have to be like, ‘No, I stand behind my decision, I’d do it again,’ and deal with it. In general, the fans had been really nice to me for a long time — inordinately nice to me — and all of a sudden they were really mean to me. It made me realize first of all, [the internet is] not real, it’s a fiction,” Alaska says. “It also gave me a lot of compassion for the majority of queens who go on Drag Race who don’t have a very nice relationship with the fandom, who get treated like s— by the fandom. It gave me compassion. I understand that now.”

She also fondly recalls the moment Andrews lent her the infamous white top, as was in-line with the queen’s character throughout the season: “I had a white shirt that I was going to wear and she had the identical white shirt, except hers was rhinestoned, so I was like, oh, work…. she’s lovely and she was giving s— to everybody and helping everybody the whole ass time!”

Other topics discussed in our All Stars 2 recap podcast include:

Listen to EW’s full RuPaul’s Drag Race All Stars 2 recap with Alaska and Detox above, and tune in next week for more tea-filled dives into All Stars 3 herstory with special guests Kennedy Davenport and BenDeLaCreme.

RuPaul — as host, mentor, and creative inspiration — decides who’s in and who’s out. 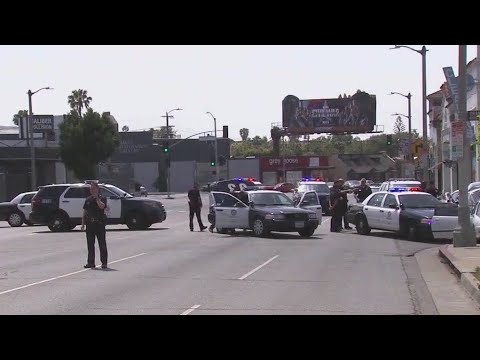 Several LAPD officers are asking a federal judge to overturn

Vaccinations are one of the greatest medical advances of the

For the fifth time this year, YouTube suspended Sen. Ron