Almost Quarter BILLION Dollars Paid Out for Vaccine Injuries by U.S. Government in 2019 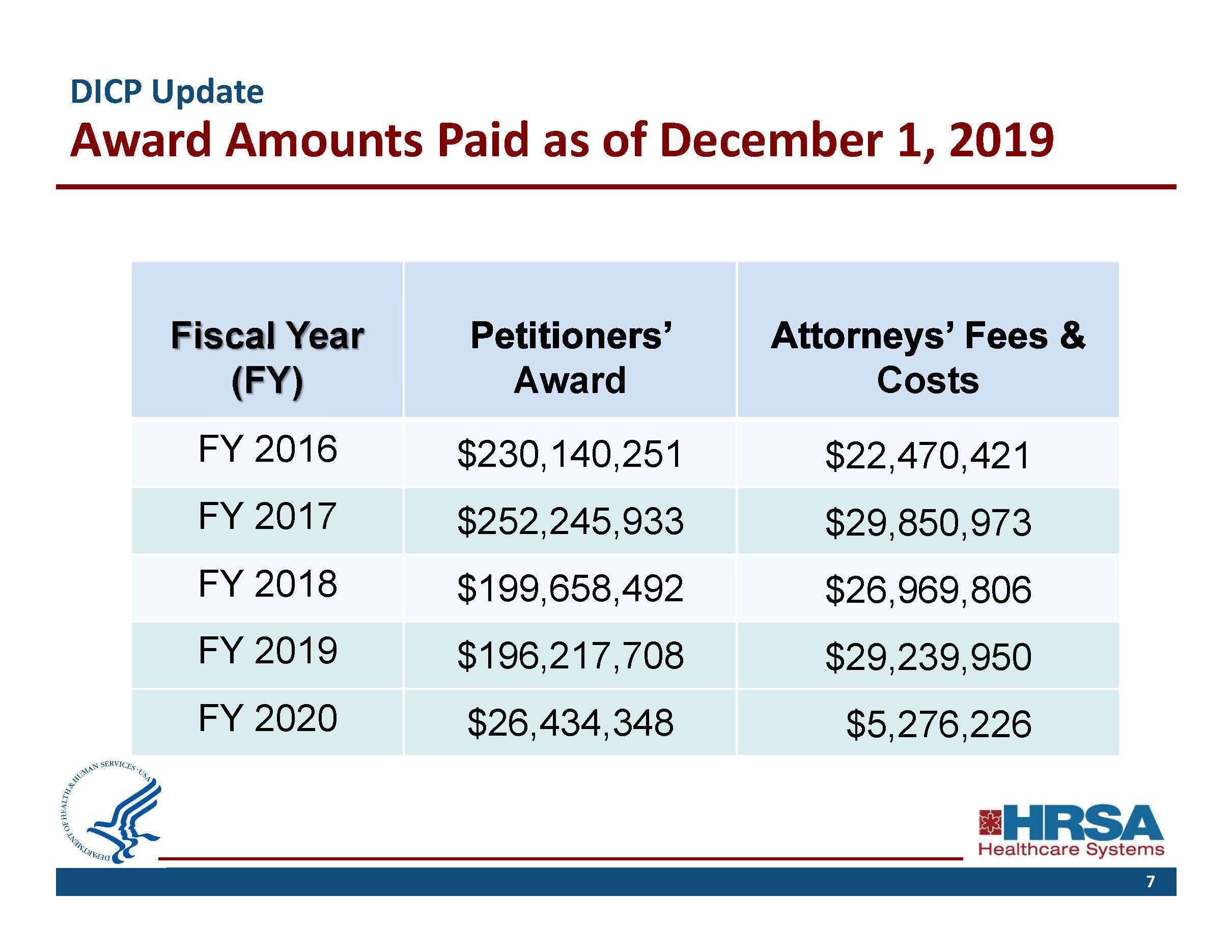 The federal government Advisory Commission on Childhood Vaccines (ACCV) under the U.S. Department of Health and Human Services just concluded their fourth and last meeting of 2019 on December 5th.

This is probably the most censored and hidden information regarding the United State’s vaccine program, and Health Impact News has been accused of spreading “fake news” for simply publishing these numbers, that no corporate-sponsored “mainstream” media source would dare to publish.

If any of our articles publishing these government-verified and published facts go viral, Facebook and others are quick to attack us and accuse us of publishing “fake news” to reduce the traffic to these articles.

FDA Approves New High-Dose Flu Shot for Adults 65 Years of Age and Older with Many Side Effects and Unknown Efficacy (scroll down to: Pharma-Sponsored Mainstream Media Working Hard to Suppress Flu Vaccine Facts)

The only narrative that the U.S. Government health agencies and their partners, the Pharmaceutical industry, want published in the media is the false narrative that all vaccines are “safe and effective” and that the “science is settled” regarding vaccines.

The publishing of anything else, even statistics on vaccine injuries and deaths which are required by law to be reported and can be found on the federal government’s own websites, is vigorously opposed in the effort to suppress this truth, and any medical professional that tries to participate in an honest debate on both sides of the issue, even if that medical professional is mainly pro-vaccine, they are labeled as a “quack” and “anti-science.”

Often, they lose their career if they speak out on the truth about vaccines. See:

Tremendous efforts are made to suppress the kind of information on vaccines that we publish here at Health Impact News, and our VaccineImpact.com website. If you come to our Facebook Pages, this is what you are mostly likely to see at top of our pages:

This is a message inserted by Facebook, who would rather you go to the official government CDC website. See also:

The problem is that the CDC has huge conflicts of interest that are not disclosed to the public, as they are largest purchaser of vaccines in the world, using YOUR tax dollars to purchase them and advertise them. See:

Should the CDC Oversee Vaccine Safety When They Purchase Over $5 Billion of Vaccines from Big Pharma?

Can We Trust the CDC? British Medical Journal Reveals CDC Lies About Ties to Big Pharma

These quarterly meetings by the Advisory Commission on Childhood Vaccines  include a report from the Department of Justice (DOJ) on cases settled for vaccine injuries and deaths as mandated by the National Vaccine Injury Compensation Program (NVICP).

The NVICP was started as a result of a law passed in 1986 that gave pharmaceutical companies legal immunity from being sued due to injuries and deaths resulting from vaccines.

If you or a family member is injured or dies from vaccines, you must sue the federal government in this special vaccine court. Many cases are litigated for years before a settlement is reached.

As far as we know, Health Impact News is the only media source that publishes these reports each quarter. Past reports can be found here.

The December, 2019 DOJ report lists 110 of these settlements for vaccine injuries and deaths, and 85 of those were for damages caused by the flu vaccine (see below).

Vaccines Cause Injuries and Deaths: But How Many?

Vaccines can cause injuries and death – this is a public health fact in spite of the corporate media’s attempts to censor these facts.

In the few instances where these facts are even mentioned, they are brushed aside with the belief that they are rare, and that the risk is worth it because more people die from the diseases being vaccinated against.

So the logic is that vaccines are necessary for the “greater good.”

These vaccine products cannot survive in a free market, they are so bad.

The U.S. government keeps a database of reports documenting vaccine injuries and deaths called The Vaccine Adverse Event Reporting System (VAERS). The problem is that very few medical officials ever report vaccine injuries or deaths, either because they are not trained to recognize them, or due to pressure within their profession to not report them. To admit that vaccines do cause harm is professional suicide for most doctors and medical professionals.

Hence, the quarterly DOJ report on vaccine cases only represents a tiny fraction of the actual cases that exist.

U.S. Government being Sued for Lack of Vaccine Safety

When the 1986 National Vaccine Injury Compensation Program (NVIC) was signed into law, it had certain provisions included to make sure vaccines were regularly tested for safety, since the pharmaceutical companies were being given legal immunity due to faulty vaccines.

The federal government Health and Human Services (HHS) department is tasked with this vaccine safety reporting, and a recent lawsuit has revealed that they have failed to conduct such vaccine safety studies since the law was implemented in 1986. See:

Since these facts about vaccines are routinely censored by the pharma-financed “mainstream” media and in government hearings, most of the public is largely unaware of the 1986 NVIC, and that pharmaceutical companies cannot be sued, and that one has to sue the U.S. Government in a special vaccine court.