Belly Fat: Why Fat Accumulates As You Age And How To Reduce It – Sara Gottfried MD

Belly fat or gaining weight around the middle is often considered an inevitable part of the aging process, especially for women as they move into their forties and fifties. I strongly disagree. While our bodies do change as we grow older, belly fat and weight gain over fifty is not something we need to accept. In fact, accepting it can have serious health consequences. Losing weight is a complex issue that many regard as surrendering to the pressures of a diet culture that wants to see women thin at any cost. This is one of the reasons that I want to shift the focus from weight loss to fat loss. While I acknowledge the importance of the body positivity movement that accepts women in all their glorious shapes and sizes, it’s important to know that belly fat is not benign.

Belly fat, or visceral fat as it’s known, is biologically active and is a sign of metabolic inflexibility that has serious implications for our long term metabolic health and lifespan. However, the solution to losing fat over forty is multi-layered and complex. It is not as simple as eating less and moving more as so many mainstream doctors would have us believe. Of course, diet plays a role in weight gain as does a sedentary and inflammatory lifestyle. Yet there are other factors at work, namely hormones. Once you gain weight, fat works against you. It’s bossy. So as weight increases, the body’s feedback systems and hormones are increasingly working against you to make losing that excess weight more difficult.

Before I explain what can be done to reduce belly fat, let’s first take a look at fat’s role in the body, how it can become dangerous and the difference between men and women when it comes to fat distribution.

What does fat do in the body?

Fat has multiple roles in the body: it provides insulation, energy storage as well as being an important regulator of appetite, satiety and energy metabolism through various adipokine feedback loops. For example, fat cells secrete hormones such as leptin, which regulates appetite, and adiponectin, which adjusts how you burn fat.

Why is visceral fat so dangerous?

White fat, particularly in your belly, where it’s called visceral fat, puts you at greater risk for diabetes and heart disease. It’s not just benign fat that makes it harder to zip up your jeans. Fat deposited in your belly is biochemically different from fat elsewhere; it makes an inflammatory brew of bad chemicals that causes you to age faster than someone who has only minimal visceral fat. Studies show that visceral fat deep in the abdomen is the most important health predictor in women.1

Do genetics play a role in fat accumulation?

One gene that I discuss in one of my earlier books, Younger, is the fat mass and obesity associated FTO gene. This gene is strongly associated with your body mass index and, consequently, your risk for obesity and diabetes. When you have the variant, it gives you sloppy control of leptin, a hormone in charge of satiety. In other words, you’re hungry all the time. You can turn off the FTO gene with exercise and a low carbohydrate food plan that’s high in fiber. While genes play a role, it’s much less than we think. Most weight gain and fat accumulation is related to lifestyle— the food we eat, the beverages we choose to drink, the stress we encounter and clear (or don’t), our mind-set, our sleep quality, how we exercise, and of course, our hormone balance. This calculation is based on a study of a consortium of a hundred thousand adults of European descent; it found eight main genes that are most significantly linked to differences in BMI (a ratio of weight to height).2 The important takeaway is that weight has far more to do with lifestyle than genes.

Are there differences between the types of fat men tend to accumulate vs. women?

Women have more subcutaneous fat, particularly at the breasts, hips, and buttocks. Overall, women have more fat and need it for hormone balance. Men have more visceral fat than women. This changes when women go through menopause but before menopause, there’s a substantial difference between men and women.

What is the difference between brown fat and other fat?

Fat is no longer believed to be merely a storage center for fat deposits in your body. We now know that it is metabolically active. As explained above, white fat, particularly in the midsection around your belly where it’s know as visceral fat, invades your inner organs, injecting them with inflammatory messengers like interleukin-6 and TNF-alpha. Brown fat burns calories and generates heat and is located mostly in your neck and shoulders.

Can you generate brown fat?

The combination of intermittent fasting followed by high-intensity exercise will boost growth hormone and a hormone called irisin, inducing white fat into behaving like brown fat and building muscle. Here are a few ideas to help you do that: walk briskly for two minutes alternating with jogging for two minutes (for a total of twenty minutes) or bicycle fast for bursts of one minute alternating with a slower pace for one minute for a total of thirty minutes.

What happens to fat in women during perimenopause and menopause?

One of the most common complaints of women over forty is the sudden and unexplained weight gain around the middle. It’s almost as if the belly fat appeared overnight despite the fact that nothing else changed in terms of diet and exercise. Furthermore, even if a woman does go on a diet or exercise more, the abdominal fat exasperatingly remains.  What is happening is that body fat is being redistributed. Starting in perimenopause, the period of time when menstruation changes as your ovaries run out of high-quality eggs, women become more like men in that they tend to store fat at the waist.

Men and women differ in terms of how and where their body fat is stored, in their hormonal production, and in their brain responses to signals regulating weight and distribution of body fat. Women tend to store energy as fat in the subcutaneous space under the skin, whereas men are more likely to store energy as fat in their belly. Think “hourglass” or “pear” figure versus “dad bod” and beer bellies. This is called partitioning — women tend to partition fat in their subcutaneous space and become fat in the lower body (hips, butt, thighs), and men partition fat in their abdomen, in and around their abdominal organs.

Changes to fat distribution in perimenopause

As estrogen levels decline, the rate of fat gain doubles, and lean body mass declines — these gains and losses continue until two years after the final menstrual period.6 Changes in fat partitioning during perimenopause reflect hormonal changes in women. Body fat, waist circumference, and waist-to-hip ratio increase during the menopausal transition except in women who take hormone therapy. It’s not just a problem of vanity: women gain an average of 5 pounds over three years of the menopausal transition, and 20 percent gain 10 pounds or more. The weight gain is associated with a greater risk of heart disease, high blood pressure, total cholesterol, low-density lipoprotein cholesterol, triglycerides, and fasting insulin.

The first step is to understand what is going on under the hood, so to speak. As discussed above, fat gain around the belly is related to hormonal shifts in sex hormones such as estrogen, as well as the hormones of metabolism that include insulin.

WOMEN, FOOD, AND HORMONES is my latest book and it shares a fat-burning solution that gets results, based on the best science and research. It is the result of two years of research and n-of-1 experiments that have drastically improved my metabolic health and got me to a healthy and sustainable weight. The protocols include focused detoxification, nutritional ketosis with a modified ketogenic diet adapted for women as well as intermittent fasting.

Exercise can help convert white fat, concentrated in your belly and subcutaneous (under-the-skin) tissue, into something close to the virtuous brown fat that burns calories and generates heat, and is located mostly in your neck and shoulders.

Strength training increases muscle mass which keeps the metabolism revved up, which improves the body’s ability to burn fat. Another strategy for burning fat is to bump up the intensity of your aerobic routine— not continuously but intermittently. In a study from 2008, twenty-seven overweight women with an average age of fifty-one and an average BMI of 34 who performed bouts of high-intensity aerobic exercise reduced their waistlines and visceral fat more than women who did not exercise or did only low-intensity aerobic activity. The higher-intensity exercise modulates the mTOR gene and gets your body to produce more growth hormone, which helps to reduce visceral fat.

Yet getting rid of unwanted fat doesn’t necessarily mean high-intensity or extreme cardio. In a study published in the journal Menopause, sixteen healthy but obese postmenopausal women with an average age of fifty-five (and an average body-fat composition of at least 36 percent) were randomly assigned to do yoga three times a week for one hour or to a control group.7 Compared to the control group, who performed no exercise, the yoga group experienced a loss in body weight, especially a drop in visceral fat and had an improved adiponectin level, the hormone that burns fat.

Here’s something I constantly communicate to my patients: what you measure improves. You direct your intentions and attention toward measurement, and it will help you reach your goal. In WOMEN, FOOD, AND HORMONES, I explain how to track your macronutrients (fat, protein, total carbs, net carbs), daily weight, weekly waist circumference, as well as measuring ketones.

It’s often all too easy to fall back on subjective measures of progress when changing your diet and lifestyle. For example, here’s how my mind works sometimes: If I wear pants that make me feel fat, if I am grumpy after a poor night’s sleep, or if I catch a view of myself in the mirror that I don’t like, I might be tricked into believing that I have failed at weight loss and come down with a case of the “f*ck its.” But if I measure progress through clear metrics, my assessment won’t be based on my mood, my clothing choices or on society’s opinion of how I should look, but on a series of inarguably objective data points.

Aging is inevitable but fat gain over forty is not. When you make metabolic health your goal instead of weight loss, the belly fat will start to reduce, with the added bonus of improving your healthspan and decreasing your risk of heart disease, diabetes and stroke. It’s a win-win. 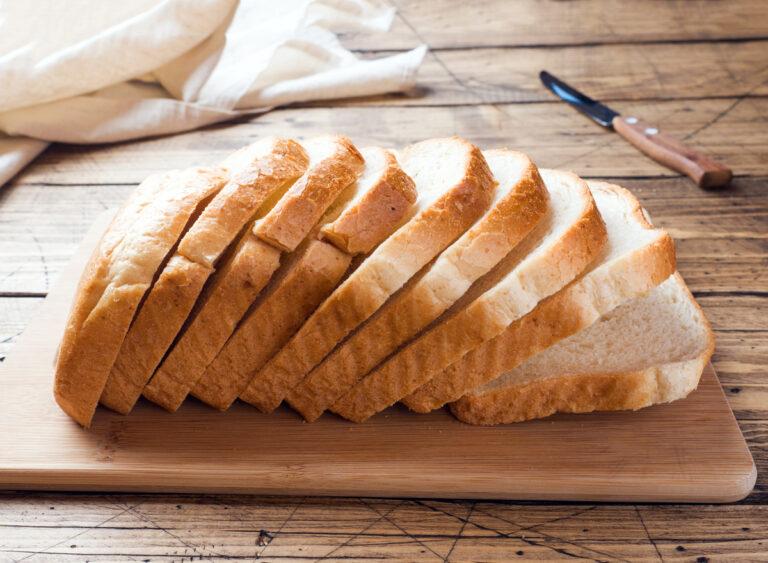 The Worst Eating Habits for Inflammation, Says Science – Eat This Not That

There seems to be a bit of a love/hate relationship 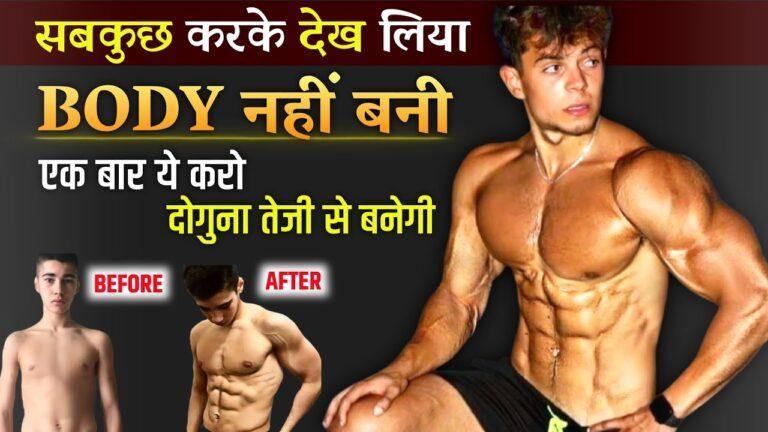 Most important bodybuilding tips for beginners | How to make body 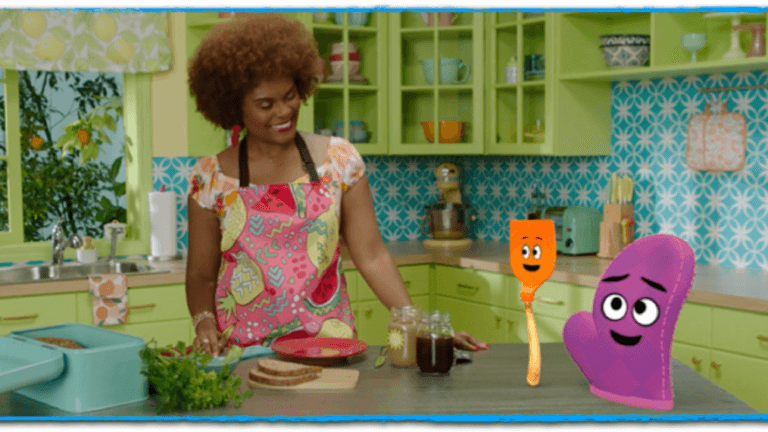 Tabitha Brown has been dubbed “America’s Mom.” And whether you 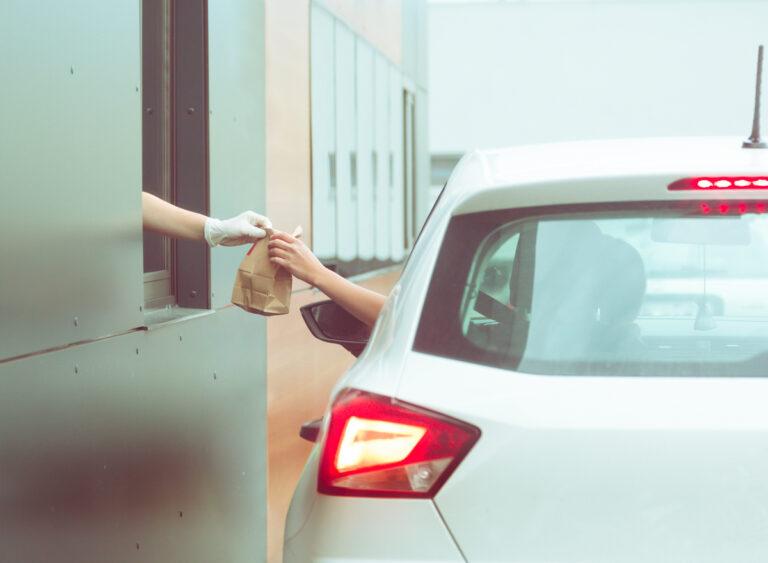 In many ways, things aren’t all that different today than