Since the mid-1980s, the number of childhood shots on the Centers for Disease Control and Prevention (CDC) vaccine schedule has more than quadrupled. When parents express reluctance about turning their little ones into perpetual pin cushions, drug makers and doctors have a ready answer — combination vaccines that “simplify” the schedule by decreasing the number of injections administered.

This month marks the U.S. launch of the Merck/Sanofi joint-venture vaccine, Vaxelis, a six-in-one (hexavalent) combination vaccine that contains diphtheria, tetanus and acellular pertussis (DTaP) components as well as components said to protect against polio, Haemophilus influenzae type b (Hib) and hepatitis B.

Public health officials optimistically believe that bundling all of these components into one shot will help close noncompliance loopholes and increase the likelihood that children will complete “all recommended vaccinations.”

Though Vaxelis is the nation’s first hexavalent injection, it joins other four- or five-in-one vaccines already on the CDC schedule. The U.S. Food and Drug Administration (FDA) approved Vaxelis in late 2018 — as a three-dose series for 2-, 4- and 6-month-old infants — but it is only now, two-and-a-half years later, that the shot is being readied for widespread distribution.

There are numerous warning signs that potent all-in-one vaccines are too much for immature immune systems to handle. Concerning safety signals have emerged not just for hexavalent but also pentavalent (five-in-one) vaccines.

In Europe, where infants have been given hexavalent vaccines for some years (including Vaxelis since 2016), the formulations have produced many troubling reports of sudden infant death.

Absurdly, none of the clinical studies assessing Vaxelis safety and efficacy conducted fair comparisons against an inert placebo. Instead, in the two U.S. clinical trials for Vaxelis, not only did investigators compare infants receiving Vaxelis to babies who received Sanofi’s five-in-one Pentacel — but babies in both groups also received rotavirus and pneumococcal vaccines at the same time!

In this context, the CDC’s sales pitch to the public — and its claims that side effects are “usually mild” — cannot be considered credible.

Here are some of the other facts missing from the CDC’s communications:

In the no-liability context enjoyed by vaccine makers in the U.S., combination vaccines are already quite popular. In fact, market watchers and health economists praise the jumbo shots as being a catalyst for positive industry trends and a “key to commercial success.”

Thus, financial analysts expect Vaxelis to “garner significant patient share following its [U.S.] launch” — predicting that it will account for almost a third of U.S. DTaP vaccinations by 2028 — or $841 million in annual sales.

These predictions represent good news for Merck and Sanofi, two of the “big four” pharma giants that dominate the childhood vaccine market in the United States. Merck is already doing a booming vaccine business, recently reporting annual sales growth of 14.8% for its pneumococcal vaccine (Pneumovax 23) and 5.4% for its human papillomavirus (HPV) vaccine Gardasil-9.

However, Merck also faces proliferating Gardasil-related lawsuits — including legal actions alleging that the company knew about and ignored life-changing adverse events from the get-go, many of which (when not fatal) have involved autoimmunity and chronic pain. In fact, before the advent of emergency use COVID vaccines (responsible for an alarming escalation of vaccine-related adverse events), Gardasil had had “more side effects reported than all other vaccines combined.”

Sanofi, too, is embroiled in thousands of lawsuits worldwide — notably for its disastrous and sometimes fatal dengue vaccine. As with Merck, this has not dampened overall vaccine sales growth, which continues its strong upward trajectory, likely to be further strengthened by the U.S. Vaxelis rollout.

Although Sanofi has not been a front-runner in the COVID vaccine race, the company is currently running clinical trials for messenger RNA (mRNA) vaccines for both COVID and seasonal influenza.

After Merck developed AAHS, it began to “preferentially” feature AAHS in its vaccines even though, as Danish scientists outlined last year, the company appears to have disregarded procedures ordinarily required for approval of new adjuvants.

According to the Danes, at the time AAHS appeared, it represented a “new type of aluminium adjuvant with excipients that [had] not been used earlier in [European Medicines Agency] authorised vaccines.” It should have been — but apparently was not — tested against an inert placebo. For this and other reasons, the Danish scientists question the ethical underpinnings of the Gardasil clinical trials.

In noting that Merck also “seems to have prevented independent studies of AAHS,” the Danes repeated a critique aired by world-famous aluminum expert Christopher Exley in 2018. In an extensive discussion of different aluminum-based adjuvants and their immunological mechanisms of action, Exley and co-authors emphasized the importance of studying aluminum adjuvants one by one, as each is “chemically and biologically dissimilar with concomitantly potentially distinct roles in vaccine-related adverse events.”

Concerningly, the Vaxelis liquid suspension is adjuvanted onto not just AAHS, but also another aluminum adjuvant — aluminum phosphate). The package insert disingenuously shorthands the combination of adjuvants as “aluminum salts.”

How this double whammy of aluminum (319 micrograms per vaccine dose) interacts with the vaccine’s six antigens, or Vaxelis’s numerous other ingredients, or the heavy aluminum load in other childhood vaccines is largely unknown.

According to the Vaxelis package insert, the vaccine also includes: polysorbate 80 (an ingredient flagged for its propensity to induce hypersensitivity reactions); glutaraldehyde and formaldehyde (problematic chemicals deemed necessary to inactivate pertussis toxin); bovine serum albumin (often harvested from bovine fetuses when female cows are found to be pregnant at slaughter); three different antibiotics (neomycin, streptomycin and polymyxin B); ammonium thiocyanate (also a rust inhibitor, weedkiller and defoliant); and yeast protein (associated, notably in hepatitis B vaccines, with autoimmune reactions).

Regulatory loopholes allow manufacturers to “grandfather” ingredients into new vaccines if the components are already present in other licensed vaccines — regardless of how inadequate the original safety testing may have been.

Thus, Merck and Sanofi perceived no need to test Vaxelis for DNA-damaging or cancer-causing effects, and conducted no studies of the ingredients’ pharmokinetics (i.e., how the substances move “into, through, and out of the body”).

The main cautionary note sounded in the meager Vaxelis patient information sheet is to not give Vaxelis to children if they are “allergic to any of the ingredients.”

For thee and thee … but not for me?

The CDC seems to be particularly interested in ensuring that poor and non-white children get Vaxelis. The agency began laying the groundwork to offer Vaxelis through the Vaccines for Children (VFC) Program — the agency’s vaccine program for the poor — over two years ago, in March 2019.

In September of that year, the CDC followed up with an affirmative vote. Public health departments have been promoting Vaxelis to participating VFC providers since early June 2021.

At its September 2019 meeting, CDC outlined another topic deemed important for discussion in the near future — raising the issue of whether Vaxelis should be “preferentially recommended” for the American Indian/Alaskan Native (AI/AN) pediatric population.

The tenuous rationale, according to the meeting notes, was because, “in the pre-vaccine era” (more than 35 years ago), “Hib disease occurred at a younger age among the AI/AN population compared to the general population.”

Wave of the future?

Judging from its website, the CDC perceives combination vaccines to be the wave of the future, and has signaled its strong endorsement of Vaxelis by incorporating the new vaccine into its 2021 vaccine schedule.

As if exposure to six antigens were not enough, FDA and CDC also say it is okay for healthcare providers to administer the six-in-one shot at the same time as other vaccines.

These agencies’ characterization of the Vaxelis safety profile as “acceptable” indicates they have either not done their due diligence, or are willing to accept a high level of collateral damage in exchange for the “convenience” of six-in-one shots.

However, as the “overwhelmed by guilt” parents of COVID-vaccine-injured teens are increasingly finding out, convenience is poor consolation for life-changing or life-threatening adverse outcomes.

Why Should I Fast? 7 Examples of Biblical Fasting – FaithGateway

Although the Bible doesn’t give a direct command on this

The right exercise when you have cancer will vary depending on 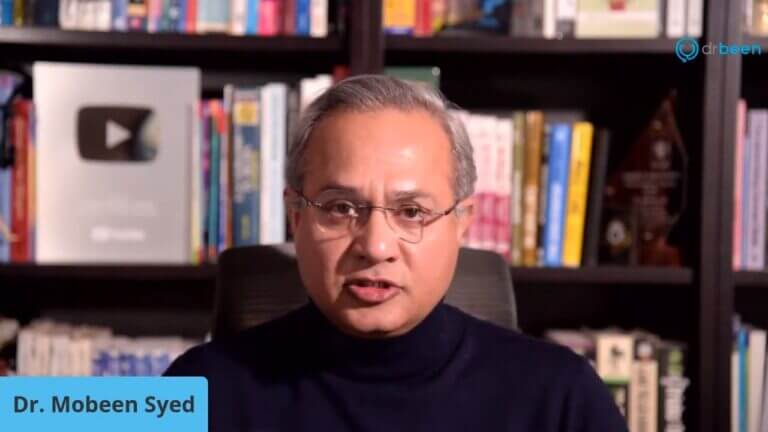