Data on Mortality in the Most Vaccinated Countries; Increased Hospitalizations of the Vaccinated 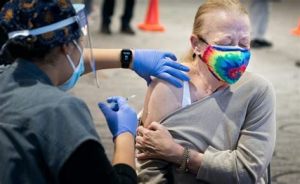 Since the beginning of the health crisis, the French government has claimed that early treatment was ineffective. It has  imposed major restrictions on our freedoms, in particular on doctors’ prescriptions. It has also promised that vaccination would achieve collective immunity, the end of the crisis and a return to normal life. But the failure for 18 months of this so-called “health strategy” based on false simulations, innumerable lies, promises never kept, as well as the propaganda and fear campaign has become unbearable.

In turn this has been followed by the extortion of consent to be vaccinated, by outright blackmail, while curtailing our freedoms to move and socialize, our right to work and engage in leisure activities. Are the current vaccines that they want to impose on us effective? Can they lead to a collective immunity or is it only a myth? To answer this question, we will make the current sanitary assessment of the most vaccinated countries according to the figures provided by the World Health Organization and the curves of OurWorldinData. (From Vaccine outset in December 2020 to September 15, 2021)

Gibraltar (34,000 inhabitants) started vaccination in December 2020 when the health agency counted only 1040 confirmed cases and 5 deaths attributed to covid19 in this country. After a very comprehensive vaccination blitz, achieving 115% coverage (vaccination was extended to many Spanish visitors), the number of new infections increased fivefold (to 5314) and the number of deaths increased 19 fold. The number of deaths increased 19-fold, reaching 97, i.e. 2853 deaths per million inhabitants, which is one of the European mortality records. But those responsible for the vaccination deny any causal link without proposing any other plausible etiology. And after a few months of calm, the epidemic resumed, confirming that 115% vaccination coverage does not protect against the disease.

Malta is one of the European champions of pseudo-vaccines: on this island of 500,000 inhabitants, nearly 800,000 doses have been administered, ensuring a vaccine coverage of nearly 84% with a delay of about 6 months.

But since the beginning of July 2021, the epidemic has started again and the serious (fatal) forms are increasing, forcing the authorities to recognize that vaccination does not protect the population, and to impose restrictions.

Here again, the recurrence of the epidemic in terms of cases and mortality proves that a high rate of vaccination does not protect the population.

In Iceland, people no longer believe in herd immunity

In this small country of 360,000 inhabitants, more than 80% are primo-vaccinated and 75% have a complete vaccination cycle. But by mid-July 2021, new daily infections had risen from about 10 to about 120, before stabilizing at a rate higher than the pre-vaccination period. This sudden recurrence convinced the chief epidemiologist of the impossibility of obtaining collective immunity through vaccination. “It’s a myth,” he publicly declared.

Belgium: recurrence of the disease despite vaccination

Singapore abandons the hope of “Zero Covid” through vaccines

This small country is also highly vaccinated and nearly 80% of the population has received at least one dose. But since August 20, 2021, it has had to face an exponential resumption of the epidemic with an increase in cases from about ten in June to more than 150 at the end of July and 1246 cases on September 24.

This uncontrolled recurrence of the disease despite vaccination has led to the abandonment of the strategy of eradicating the virus for a model of “living with the virus” by trying to treat the disease “like the flu“.

In the UK: a worrying rise in infections

The United Kingdom is the European champion of Astra Zeneca vaccination, with more than 70% of the population vaccinated for the first time, and 59% with a complete vaccination schedule. This high “vaccination” rate did not prevent an explosion of cases at the beginning of the summer, with up to 60,000 new cases per day by mid-July.

Faced with this significant resumption of the epidemic despite vaccination, Andrew Pollard, representative of the Oxford Vaccine Group, acknowledged before Parliament: “collective immunity through vaccination is a myth“.

After the last sanitary restrictions were lifted, the epidemic decreased to a level of less than 30,000 cases per day, whereas at the beginning of July, simulations by covid specialists were predicting up to 100,000 new cases per day if the sanitary measures were removed.

Israel, champion of the Pfizer injection, once everywhere cited as an example of effectiveness, is now being harshly reminded of reality and is now the model of vaccine failure. 70% of the population is primo-vaccinated, and nearly 90% of those at risk have a complete vaccination cycle. But the epidemic has rebounded stronger than ever since the end of June, and more than 11,000 new cases were recorded in 1 day (September 14, 2021) surpassing the peaks seen in January 2021 during the outbreak following the first Pfizer injections by nearly 50%.

This resumption of the epidemic, despite the Pfizer injections, is accompanied by an increase in hospitalizations where the vaccinated represent the majority of those hospitalized.

Vaccination does not protect against severe forms of the disease or against death.

End of July: 71% of the 118 seriously ill Israelis (serious, critical) were fully vaccinated!

This proportion of seriously ill people vaccinated is much higher than the proportion of fully vaccinated people: 61%. To claim that the vaccine protects against serious forms of the disease, as the Israeli Minister of Health imprudently declared, is a mistake (or disinformation?).

In order not to acknowledge its mistakes, the Israeli government remains in denial of this obvious failure and continues to propose only vaccination as a solution. How many more deaths will it take before it follows the example of India or Japan and finally adopts early treatment?

The current pseudo vaccines are not effective enough. They do not prevent the recurrence of the epidemic, nor hospitalizations, nor severe forms, nor death. In Israel and Great Britain, which specify the vaccination status of the victims, the vaccinated suffer from an increased risk of mortality compared to the non-vaccinated.

The pursuit of a vaccine-only policy leads to a deadly impasse, whereas countries that officially advise early treatment (India) or allow their doctors to prescribe it (Japan, Korea) fare much better.

What are our health authorities waiting for to stop believing in false simulations carried out by epidemiologists who are too closely linked to vaccine companies, to look at the proven facts and to interrupt their deceptive and deleterious pro-vaccination campaign and recommend early treatment? The continuation of the ban on early treatment by treating physicians leads to a loss of chances for many patients, and directly engages the responsibility of the government and particularly the Minister of Health.

Dr Gérard Delépine is an oncologist and statistician 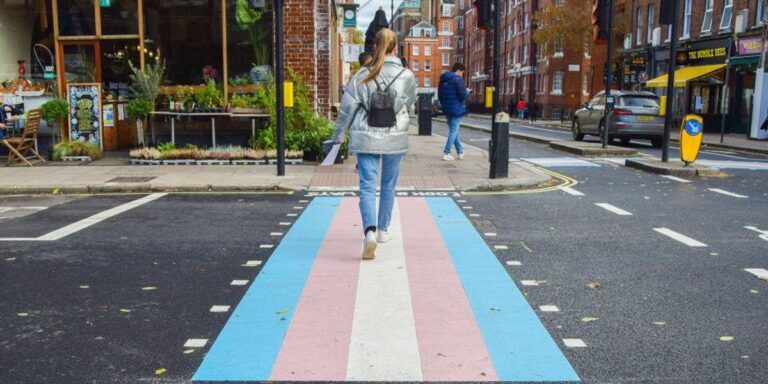 Defiant mother shares how she rescued her daughter from a dark and dangerous transgender lifestyle: ‘I went nuclear … I would never stop fighting for her’

A California mother recently shared in gritty detail the excruciating 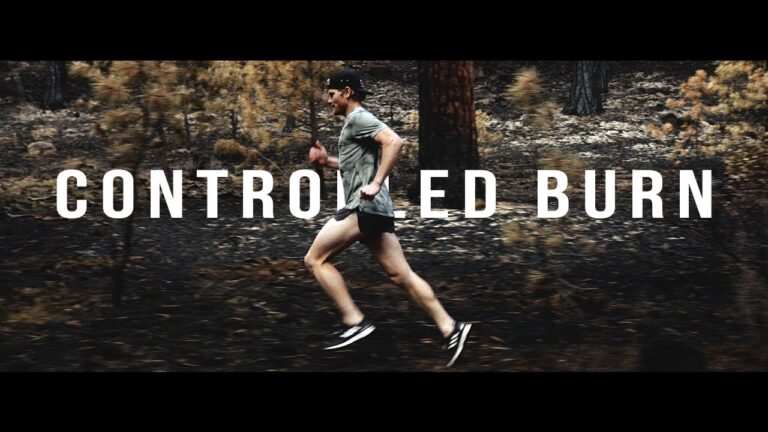 CONTROLLED BURN – Running Through a Burned Out Forest

Thank you to Lululemon for supporting this project and for 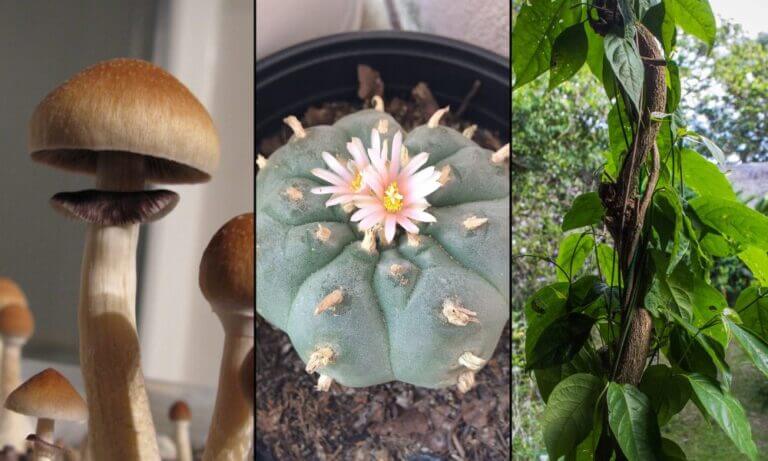 Local Massachusetts lawmakers on Thursday unanimously approved a resolution to 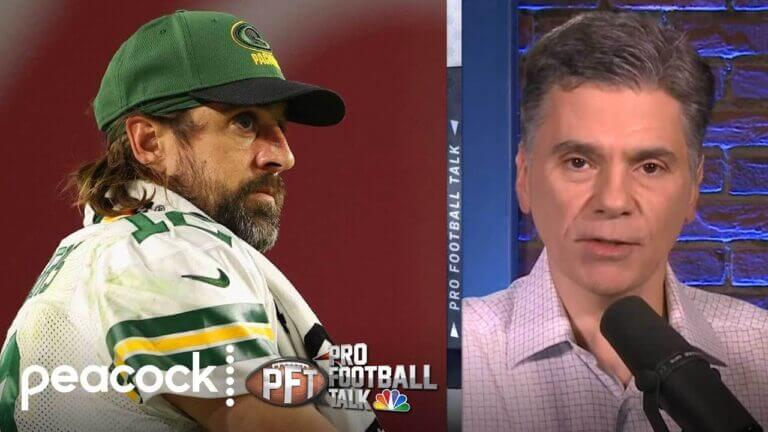 How did Aaron Rodgers mislead the public about his vaccine status? | Pro Football Talk | NBC Sports

Despite appearing to be vaccinated, Aaron Rodgers has tested positive