Our Toxic Relationship With Plants

In part 1, we showed antioxidant supplements often fail to provide the health benefits of plants and may even cause harm. If we can agree that plants are both high in antioxidants and good for you, then this seems like a bit of a paradox. If it’s not the antioxidants, then what makes plants healthy?

In the pursuit of survival, all species have developed protective mechanisms. For instance, the release of adrenaline associated with the fight or flight response unleashes a burst of energy and allows us to escape from or attack a predator. Flight is not an option, so plants defend themselves with tough outer shells, thorns, and toxins known as phytochemicals. Animals have countered plants by evolving to develop a tolerance to these potentially poisonous compounds. It is now hypothesized that we are so well adapted to these toxic compounds that we benefit from them.

For example, reactive metals like iron and copper should be toxic. However, as early life forms evolved, they developed a tolerance to these metals. This allowed simple organisms to spread into more diverse ecological niches. Over time, these metals became incorporated into proteins that are now essential to life. Iron is utilized in hemoglobin, which transports oxygen around the body. Copper is found in melanin, which pigments our skin, and collagen, which is the raw material of our joints and cartilage.

Plant toxins are believed to stimulate our immune system and upregulate antioxidant production. Phytochemicals often give off a bitter taste that you might notice in broccoli or red wine. A diverse diet exposes us to low doses of a variety of hormetic stressors from a broad spectrum of phytochemicals. The effect of these phytochemicals is initially pro-oxidant, but total oxidative stress is reduced due to our increased endogenous antioxidant production. In other words, a steady exposure to low-dose toxins strengthens our defenses.

The work of Vittorio Calabrese, a prolific hormesis researcher, suggests our cellular defenses are regulated by vitagenes. These genes encode for several protective proteins. Heat shock proteins help defend cells from not only heat but many other stressors (hypoxia, cold) that can damage fragile protein structures. Sirtuin proteins are involved in oxidative stress defense, DNA repair, and autophagy. Vitagene activation has been shown to be neuroprotective, anti-inflammatory, protective of normal cells, and disruptive to cancer cells.

Various hormetic compounds have been the subject of thousands of research papers. Resveratrol (grapes, red wine), curcumin (turmeric root), and sulforaphane (cruciferous vegetables) are a few examples. Resveratrol alone has appeared in over 20,000 research papers, but in spite of its ability to generate headlines, it’s still too early to generally recommend the use of hormetic compounds in supplement form. Your safest bet is to ingest these compounds in their natural form and not in a pill.

For a long time, we’ve attributed the virtues of eating plants entirely to antioxidants when in fact it might be the toxins making us healthier. Regardless of which hypothesis explains the results, it is generally advisable to eat a wide variety of unprocessed fruits and especially vegetables. Coffee, red wine, tea, and dark chocolate are also good sources of polyphenols.

The myth that we can replace whole fruits and vegetables with antioxidant pills is busted.

No Pangs, No Gains

Fasting is another example of a hormetic stressor. In our comfortable modern-day lives, many of us rarely experience periods of food deprivation. Doctors and nutritionists often warn that a skipped meal can push the body into “starvation mode.” As dire as this warning sounds, Dr. Jason Fung writes in The Obesity Code that many people experience improved cognition and energy levels during a fast. Fasting is also part of many religious and cultural traditions. Fung notes,  “Almost one-third of the population of the entire world is supposed to routinely fast throughout their entire lives.” For the many religions of the world, fasting is old-school medicine for the ills of modern life.

During a period of fasting, your body switches fuel sources from predominantly ingested food to stored glycogen and fat. Instead of being reliant on external sources of food, once we’ve entered ketosis, our body can access and utilize our internal fat supply. Initially, reactive oxygen species (ROS) levels increase as an acute response to the stress brought on by the fast. Over time, as you switch from glucose burning to ketone burning, your body also starts the process of apoptosis, where old cells are killed and discarded and new ones flourish. Consider this addition by subtraction. Production of endogenous antioxidants is also upregulated by fasting.

In one fasting study, participants consumed 25% and 175% of their normal caloric intake on alternate days. For half the study (randomized crossover design), they also took oral vitamin C & E supplements. The study authors found a slight decrease in markers of endogenous antioxidant production and a slight increase in plasma insulin levels with antioxidant supplementation. The antioxidant supplements had a small but negative impact on the benefits of fasting. Of note: The participants in this study ate prodigious amounts of junk food. Furthermore, people do not typically eat sufficient calories on feasting days to compensate for the reduction of calories on fasting days. This study required participants to eat beyond satiety in order to maintain weight. Some caution is warranted when interpreting the results.

Rather than stoking obese patients’ fears regarding the dangers of skipping breakfast, many enlightened doctors are now recommending exactly that. Intermittent fasting is regarded as a potent tool for weight loss and metabolic health. There are many different methods of fasting, from time-restricted feeding, where you eat during an eight-hour window and fast the remaining 16 hours, to multi-day fasts, where only low-calorie liquids are allowed. All methods share the goal of resetting metabolism by reducing total insulin. Several fasting methods have been shown to increase longevity in animal species without caloric restriction, but this effect remains to be proven in humans. Other reported benefits of fasting include improved cognition, endurance performance, wound healing, and cardiovascular health.

Putting It All Together

As a consequence of the modern ‘couch potato’ lifestyle, signaling pathways that mediate beneficial effects of environmental challenges on health and disease resistance are disengaged, thereby rendering people vulnerable to obesity, diabetes, cardiovascular disease, cancers and neurodegenerative disorders. Reversal of the epidemic of diseases caused by unchallenging lifestyles will require a society-wide effort to re-introduce intermittent fasting, exercise and consumption of plants containing hormetic phytochemicals into daily and weekly routines.

Fasting and exercise have many overlapping mechanisms and benefits. Exercise boosts cognition by promoting the release of brain-derived neurotrophic factor (BDNF), which builds new neural connections. Metabolically, exercise improves insulin sensitivity and increases the number of mitochondria in skeletal muscle, the liver, and brain cells. Fasting is also known to induce mitochondrial biogenesis. In spite of consuming energy or depriving us of energy, exercise and fasting make us more energetic over our lifetime by improving our metabolic health.

Mattson uses the term “anhormesis” to describe the modern lifestyle absent of hormetic stressors. We rarely feel pangs of hunger, the burning of lactic acid in our muscles, or the shock of cold exposure. Rather than keeping us safe from harm, this lifestyle is making us weak and vulnerable.

Mattson concludes with a note to parents, advising them to exercise, eat fewer meals, and eat healthier foods. Children model their behaviors on what they see. The whole cycle will begin anew and another generation will suffer from chronic diseases that are preventable by challenging oneself intermittently through diet, exercise, and fasting.

It is becoming increasingly clear that free radicals are not the demon they once were thought to be. In fact, they function as signaling molecules that activate our body’s stress response systems. In function, unnaturally high doses of antioxidants that exceed what one could attain through diet alone effectively “shoot the messenger.” Antioxidant supplements can block the adaptations that make us strong and resilient. Rather than patch up a bad diet with antioxidants, try to get back to nature. Eat real unprocessed foods. And train hard. 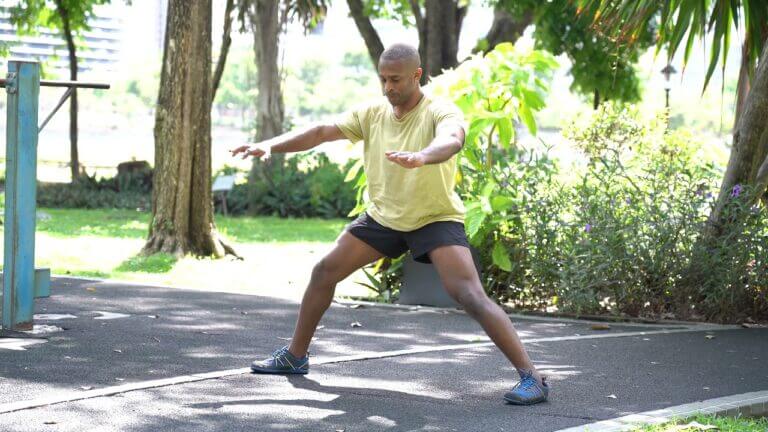 Keep your body in shape from the comfort of your 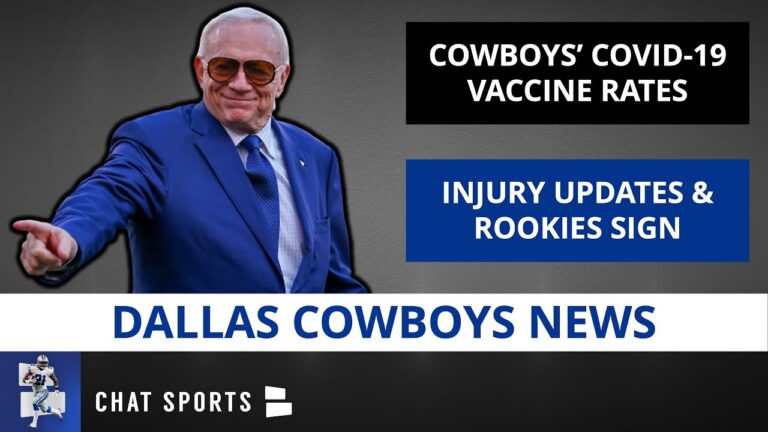 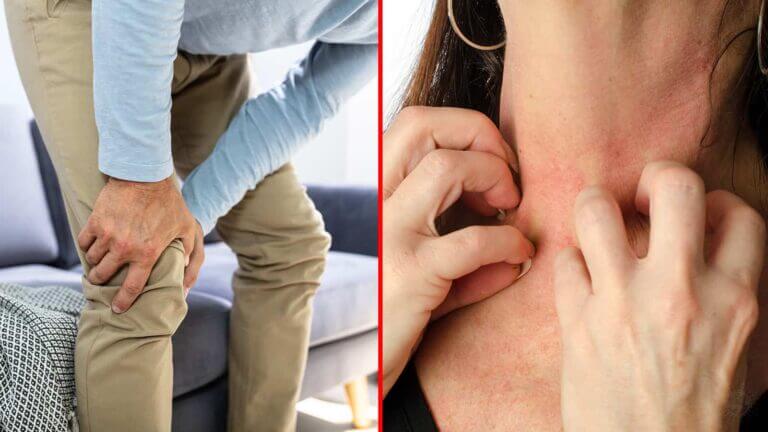 10 Signs Someone Needs a Parasite Cleanse | Power of Positivity