CSIR-CFTRI Director Sridevi Annapurna Singh on Thursday said the world lately realised the importance of pulses even as India had understood their value long ago. Pulses are an integral part of the Indian diet plan as they are nutrition-rich and climate-friendly. They are rich in proteins and carbohydrates, she explained.

Speaking on the occasion ofWorld Pulses Dayorganised at the CSIR-CFTRI here, she said pulses are known to play an important role in improving soil fertility. It’s very useful for those conscious about their weight as it offers a cost-effective diet plan.

On the occasion, A. Srinivas, head, Grain Science and Technology Department, CSIR-CFTRI gave a presentation on the “Development of pulse processing machinery and value-added products at CSIR-CFTRI.” The senior scientist said technologies for 48 different varieties of pulses have been developed at the CFTRI over the years.

Dr. Srinivas gave an overview about the institute’s technologies right from hand-pressed dal mill to versatile dal mill, which are being successfully operated across the country. The technologies developed for processing pulses have been effectively transferred to villages, financially empowering the people of the rural areas, especially the self-help groups (SHGs).

Besides improving the economy of the people in rural areas, the technologies have come as a source of livelihood to Adivasis as well in some areas. The self-help groups and farmers have successfully made use of our technologies with all of them getting trained on their operations and use as and when the technologies were transferred from lab to land, he said.

“So passionate about the dal mills that I have seen village people used to hug the equipment while procuring them from the institute for operations in their places. In the 90s, a tribal couple used to tell us that they were earning about Rs 400-500 a day using the dal mills. The technologies had economic benefits with the institute later developing machines for processing all kinds of pulses, including motorized dal mills and versatile dal mills.”

Dr. Srinivas also spoke about papad press for empowering women and SHG members in rural areas as it can make 400 papads an hour. Such technologies are available for free at the CFTRI and the prototypes are available for developing the pressing machines, he informed.

He said the institute has developed rasam and sambar cubes which can be put in boiling water and consumed. In two minutes, rasam and sambar gets ready and the technology is useful for working professionals. 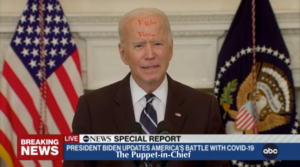 For the fifth time this year, YouTube suspended Sen. Ron