Every January, the same old battle cry: this will be the year that I get thin. Last January, I did a week-long juice cleanse, and the year before that, I fasted for three days. It wasn’t quite nil by mouth, but almost. At the time, I told myself the science interested me (the fervour with which fasting evangelists assure you that a few days without food can reset your microbiome or stave off cellular ageing is compelling enough to make you ignore the health warnings). Really, though, what I wanted was rapid weight loss, minimum one dress size.

I made it to 81 hours. Practically levitating with hunger, I ignored the advice to reintroduce food slowly (soups and juices before solids) by bingeing on a cheese sandwich, which I promptly threw up. Happy new year to me.

This January, though, I have brokered peace with myself – and I am determined to live inside my body as it exists now. No diets, no fasting, cheese sandwiches whenever I want. It won’t be easy at a time when body fascism is taken as common sense. An estimated 26 million British people will vow to lose weight for the new year. As psychoanalyst Dr Susie Orbach tells me, “It makes it very, very difficult to feel OK about your body when the assault on you is so intense.” But I’m going to give it a go.

My body is, by most people’s standards, average – a fact that I apply like a balm whenever my thoughts become too barbed. Revelling in one’s “averageness” might not sound like much in a world of declarative self-love, but after a lifetime of body shame, this is a hard-won detente.

I realised a toxic attitude to my body had accrued over time. Much like rocks washing downstream will catch on the bough of a fallen branch, the thought that my body was not acceptable built up incrementally, pebble by pebble, until one day all other thoughts were stopped up by it.

One of the earliest diets I remember embarking on was at age 12, when I decided I’d eat only tinned peaches. I can’t quite recall where my concept of fatness and thinness came from at that time – I just remember feeling that I took up a lot of space, in a particularly grotesque way, with soft, dimpled thighs and a vast, unacceptable, rounded stomach. Even now, I rarely look at photos of myself from that time. But when I do come across one I see a perfectly normal-looking child.

As a teenager, when I gained weight because of various factors (including the discovery of junk food), embarrassment bloomed into horror. This was the early 00s, the era of objectification as empowerment, when most of the girls at my school dreamed of being glamour models. Culture was dominated by lads’ mags and weight-loss transformation TV shows, both deeply concerned with policing the female body.

In fashion, the trend for “heroin chic” – lithe, narrow-hipped – would soon be supplanted by size zero, as seen on Paris Hilton, Lindsay Lohan and Nicole Richie, who were all dressed by super-stylist Rachel Zoe; they were catnip for women’s magazines. It was a look so ubiquitous that even as a 13-year-old living in a mining village in Yorkshire, I had to engage. Like most women of my generation, I internalised that particular body type as the ideal and became determined that I’d bring my own body to heel by any means necessary.

In my 20s, this included such a vast array of diets – South Beach, Atkins, 5:2, a paid-for subscription to a food-tracking app – that I’d struggle to name them all. And all along, hyper-aware of my size regardless of what that size actually was, I lived with that same sense of shame, a feeling I experienced physically, as a tension in my chest. (It can’t have helped that I walked around with my stomach sucked in, which meant that I rarely drew full breaths.)

No one single thing has happened to take away this feeling. I’m yet to have an epiphany about my body like the ones we read about from mothers (“it grew a life!”) or those who survive grave illnesses. But after the fasting incident two years ago, I started to question why I was still so obsessed with thinness.

I followed “body positive” accounts on social media (the brilliant Jessamyn Stanley and Megan Jayne Crabbe among them) – but found their brand of self-love too difficult to put into practice on myself. I admired their stance but the fact was, I did not love my body, and found that my critical inner voice could not be corrected by force.

Then I came across the idea of body neutrality, where your body is not something you either love or hate; you just accept it. It’s a theory that speaks to much of what Orbach has been writing about since the 1970s. “You have to ask yourself, who would I be if I wasn’t focused on my body the whole time? What is this preoccupation getting in the way of and what could I achieve without it?” she says.

And so, I have begun gently to question the effort I’d put into my obsession over the years. It wasn’t so much the health foods, calorie-counting apps or hours in the gym I began to resent; it was the brain space that body shame was taking up. From the moment of waking to the moment I closed my eyes at night, the idea that my body was wrong had reverberated through my mind like the vibrations from a struck gong. Self-loathing coated every decision I made, from the obvious – what I ate and wore; how I exercised – to the oblique. I’d felt, for instance, that I should not apply for certain jobs (and these were run-of-the-mill office jobs rather than fashion magazines) as my body would not allow me to fit in.

In her 2010 book Bodies, Orbach points out that “eating problems and body distress now constitute an ordinary part of everyday life”. Women in particular – but increasingly men, too – accept displeasure (or worse) as their baseline emotion when it comes to their bodies. In 2019, the Mental Health Foundation found that almost a fifth (19%) of UK adults felt disgusted by their bodies, while more than one-third were anxious or depressed because of their body image.

Sign up to our Inside Saturday newsletter for an exclusive behind the scenes look at the making of the magazine’s biggest features, as well as a curated list of our weekly highlights.

The everyday nature of body dissatisfaction leads some people to dismiss the gravity of it, but, as Orbach writes, it now “constitute[s] a hidden public health emergency, showing up obliquely in the statistics on self-harm, obesity and anorexia – the most visible and obvious signs of a far-wider-ranging body unease.” Never having been diagnosed with an eating disorder, I can’t claim to understand the pain of feeling so deeply alienated from your body, but I understand “unease”.

The basic tenets of body neutrality include being grateful for what your body can do: its strength in carrying you from A to B; its skill in keeping you alive. You aim to avoid conversations about food, weight and how your body does (or should) look. You wear clothes that feel good and allow you to move freely and joyfully. And you opt to engage in activities you find fun, rather than ones that promise to “transform” your body. It’s harder than it sounds. Personally, I try not to think about it – a small act of resistance in a world that constantly tells us our bodies need to be refined, reworked, tweaked or transformed.

Obviously, 30 years of discomfort cannot be undone in a few months. This chimera of emotions that rears up whenever I think about the way I look, or the size of my clothes, cannot be killed by logic alone. But I am going to keep trying; to accept that I, a very average woman, am absolutely fine as I am. 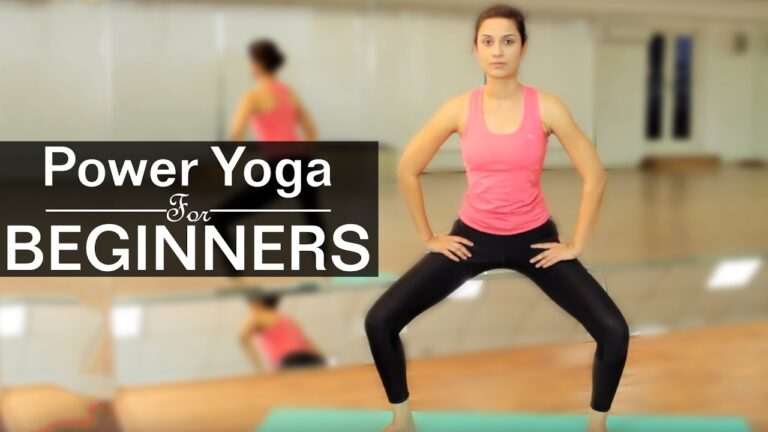 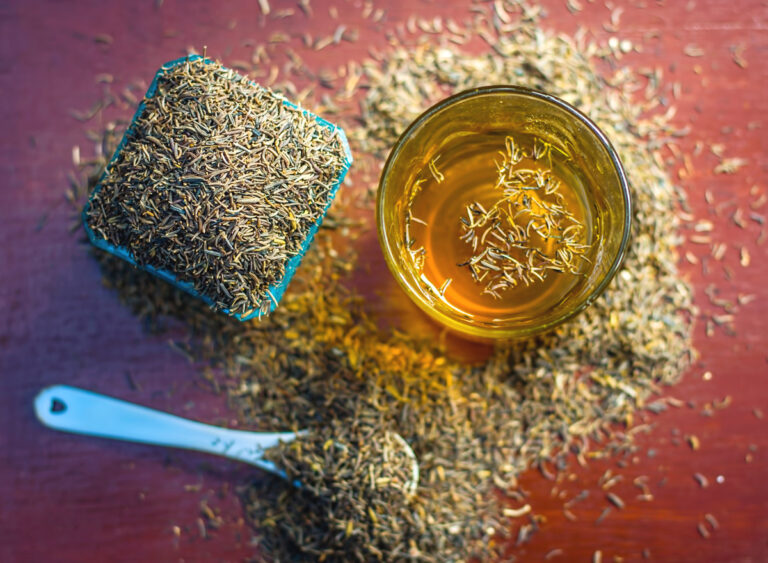 The #1 Drink for Faster Weight Loss, Says Dietitian | Eat This Not That

You already know that water, pure, unadulterated H2O, is the 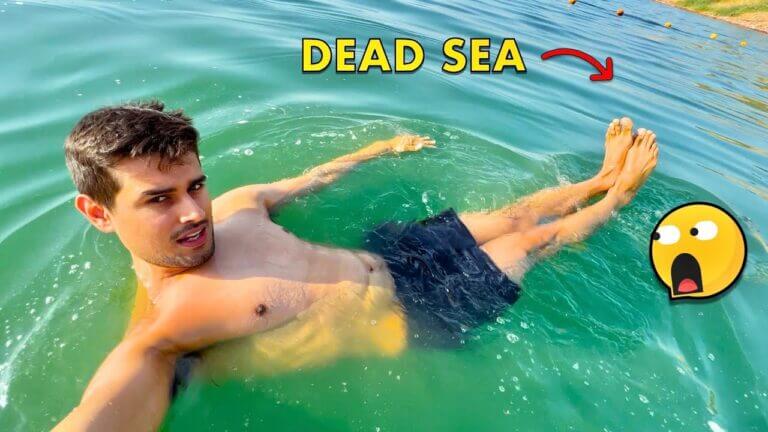 Swimming in the Dead Sea! (IMPOSSIBLE TO DROWN?)

One of the saltiest lakes in the world, we try 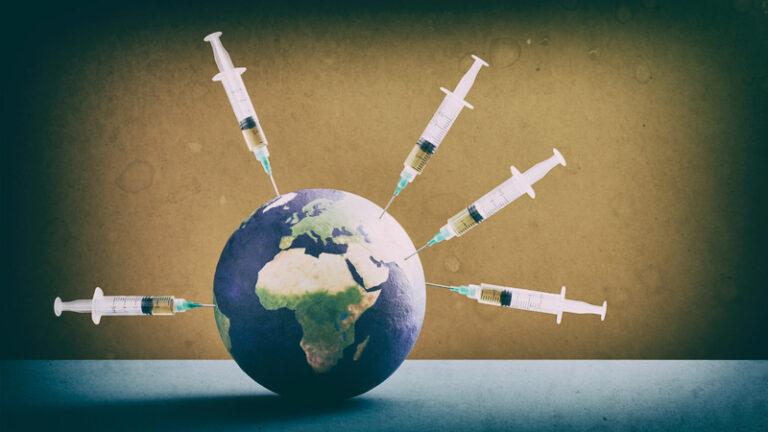 Leaked EU-Pfizer Agreement: Cover-up of Contaminants, Up to 50% Junk mRNA in Vaccine