Does intermittent fasting shed those kilos? Here are 7 things you should know – CNA

SINGAPORE: In the past two years, intermittent fasting has become one of the top weight loss trends worldwide.

In most intermittent fasting regimens, you avoid food for a certain number of hours of the day and eat normally within a specified time.

So can it help return you to your ideal weight and body mass index (BMI)?

That is what Talking Point host Steven Chia wanted to see after he gained about two kilogrammes from drinking bubble tea over a month, for a recent investigation into the effects of bubble tea.

After a discussion with physician Zulkarnain Abdul Hamid, who began intermittent fasting three years ago and lost more than 20 kg in the first year, Chia settled on the 16:8 regimen.

After eight weeks since December, he lost 3 kg and his body fat dropped from 24.1 per cent to 18 per cent. So he decided to continue with intermittent fasting and has now lost about 5 kg.

But there are some things to note for those considering intermittent fasting. For example, individuals who are pregnant, under 18 or have a low BMI should avoid it. Here are seven other pointers:

You must still watch what you eat, though it is easier said than done.

“It can be quite challenging when eating out, especially when you’re trying to break fast,” acknowledged Mary Chong, who researches weight loss diet interventions and eating behaviour in adults and infants. “One way is to ask for half the portion.”

Another way is to use smaller plates. There is evidence to suggest that the sizes of plates, bowls and even spoons “can unconsciously influence” the amount people eat.

“(On a) large plate, food tends to appear … less, (which) encourages people to pile on more things,” she said. “On smaller plates, food appears to be greater in amount, and so that can help in terms of reducing intake.”

To prevent snacking, Chia removed snacks from the communal areas at home, like the television area. “(Snacks are) a temptation waiting for you to just dig in,” he said. “Out of sight, out of mind.”

Importantly, one should not only chew properly, but also eat mindfully.

According to Chong, an assistant professor at the National University of Singapore’s Saw Swee Hock School of Public Health, mindful eating means “paying attention to the food you eat” and to the “feeling of fullness you get from the food”.

She said: “Our brain takes about 20 minutes to register that we’re full after eating. So you can slow down, then you’ll … be aware of the sense of fullness. And that can help prevent overeating.”

Chong said it is also important to stay hydrated during intermittent fasting, as people “often mistake thirst for hunger”.

It is good to drink a glass of water or take “some clear soup” before each meal to fill the stomach, she added. This usually helps to reduce hunger pangs and control the food portions.

During his experiment, Chia drank more black coffee than usual — without sugar — in the mornings. “That was the one thing I could drink to sort of help stave off the hunger,” he said.

Advertising creative Corey Cruz, a moderator of the Intermittent Fasting Lifestyle Facebook group, noted that followers of this diet regimen need to have more protein to sustain themselves through the fasting periods — but carbohydrates are necessary too.

“It’s not about cutting stuff out completely,” she said. “I don’t deprive myself of things. A lot of us in my Facebook group ascribe to the 80-20 percentage rule, which is 80 per cent healthy, 20 per cent just treats.

“So we’re going to have a cake (or) a pizza … You have to integrate (intermittent fasting) into your lifestyle, otherwise it’s not sustainable.”

5. LETHARGY AND MOOD CHANGES ARE NORMAL

Cruz said she lost 15 kg through intermittent fasting and exercise but warned that it is “quite normal to not feel great” during the first few weeks, as one is “used to eating so many times during the day”.

Early in his regimen, Chia felt more tired than usual, and his daughter Lucy said he was “very cranky” at times. The 15-year-old advised children whose parents take up intermittent fasting to “be patient”.

She added: “You’ll get used to it. And they’ll probably get used to the intermittent fasting, so they’ll become less cranky — just have to wait a while.”

Weight change may also take more than a couple of weeks, so one should not overdo the intermittent fasting.

Chong said: “There’s a real danger of becoming malnourished if one … (is) taking calorie restriction to an extreme or constantly omitting certain food groups.”

It could lead to nutrient deficiencies, a weakened immune system, poor wound healing, loss of muscle mass or even becoming depressed.

7. THINK ABOUT HEALTH, NOT DIETS

Chia asked Verena Tan of the Singapore Institute of Technology’s dietetics and nutrition department if there was an ideal diet — ketogenic, paleo, vegan or gluten-free — to pair with intermittent fasting to accelerate weight loss.

She did not recommend following any trending diet, though she weighed up the pros and cons of each.

In theory, a keto diet, which is a low-carb and high-fat diet, could help a person to reach the “fat-burning stage” faster if combined with intermittent fasting. But this combination “hasn’t been studied or proven to work”.

The side effects, however, include headaches, bad breath, muscle cramps and headaches.

A paleo diet does not contain processed foods, so one eats what is natural. But that also means no cereals, grains or dairy products, and one of the health risks is lower bone density.

A vegan diet, comprising only foods made from plants, is considered to be an “ethical” and “healthy way of eating”.

Studies have shown that it “does improve some of the risk factors for chronic diseases”, such as glucose levels and cholesterol levels, cited Tan.

But it can be unhealthy depending on the types of food chosen, for example sugar-sweetened beverages and potato chips. There is also the risk of vitamin and mineral deficiency if meals are not planned properly.

As for a gluten-free diet, it is designed for people with coeliac disease, who cannot digest products containing wheat, rye or barley, such as bread, pastries and cakes.

“But for people who aren’t gluten-sensitive … a gluten-free diet doesn’t improve health,” said Tan. “To improve health, my take-home (message) would be that less is more … Less calories, less processed food and less time spent eating.”

Watch this episode of Talking Point here. The programme airs on Channel 5 every Thursday at 9.30pm. 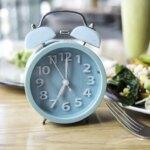 Intermittent fasting may change how your DNA is expressed, new study finds 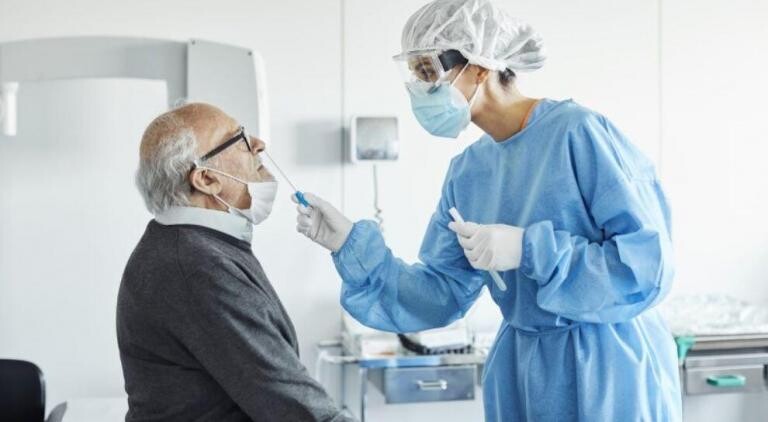 by Kelen McBreen Inforwars.com Excerpts: The Centers for Disease Control 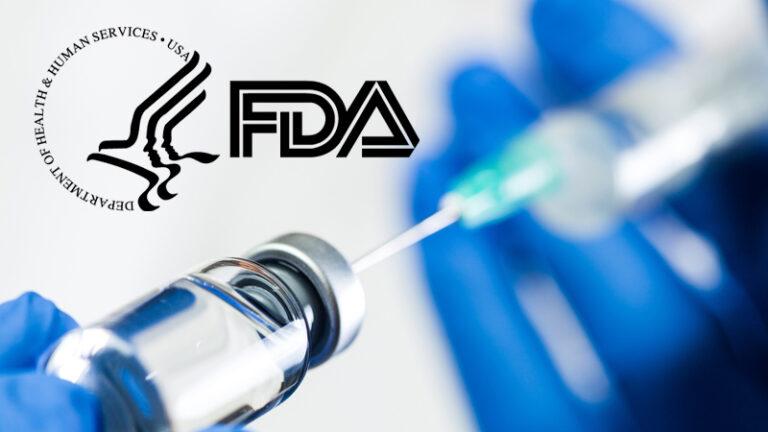 There was a World Health Organization (WHO) consultation in April, 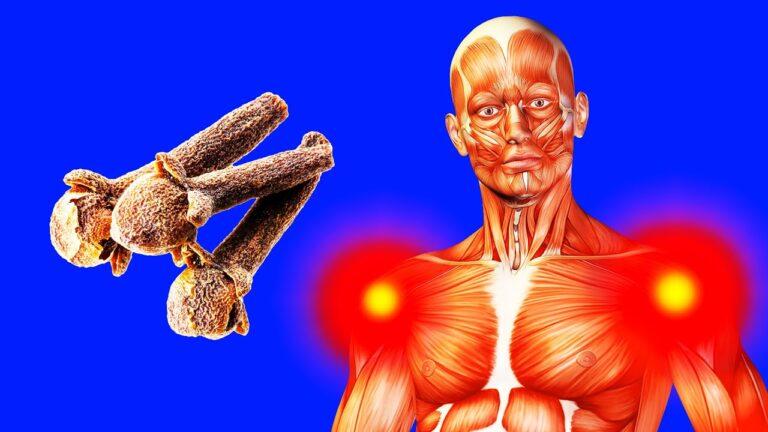 Eat 2 Cloves per Day, See What Will Happen to Your Body

What are the health benefits of cloves? Around the world, 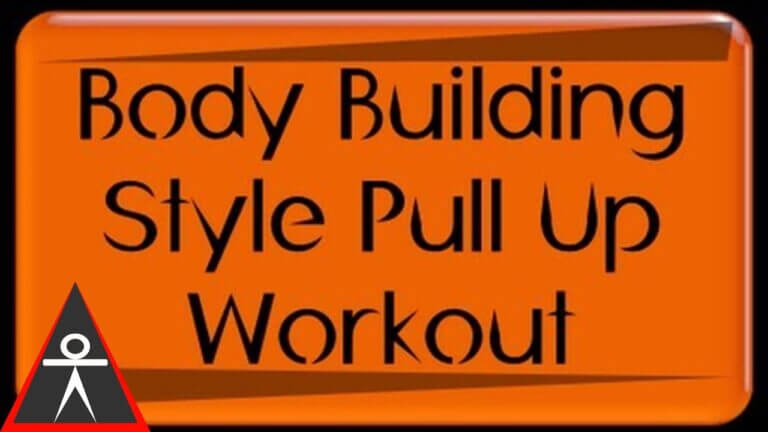