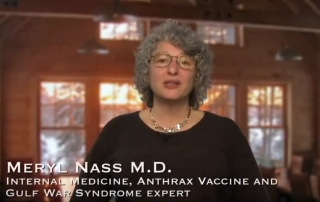 Why are legislatures imposing vaccine mandates now? My testimony to the New Brunswick, Canada legislature on August 27, 2019

I am a veteran of the vaccine war in the US, and today I feel compelled to speak about what I saw in that war.

Legislators were forced to change their votes to revoke vaccine exemptions and rescind the historic right to consent to medical procedures.

The vaccine war is a dirty war, in which platitudes about protecting the most vulnerable are invoked by the same pharmaceutical companies that paid $2.7 billion in criminal penalties in the US between 2012 and 2015.

No other industry can rival these benefits.  And this industry’s rapacious desire to grow and guarantee its Canadian market is the reason we are here today.

Let me add context to this discussion by noting that in 2014, the NY Times said it cost $2200 to fully vaccinate one child.

At that price, it cost $163 billion dollars to fully vaccinate every US child.

May I apologize at the outset for using mostly US data?  I provide Canadian and New Brunswick information when available.

Since March 2019, representatives of the three largest vaccine manufacturers in North America:  GSK, Merck and Sanofi, have made their way to New Brunswick to meet with ministers, public servants and lawmakers.

This is not coincidental. Pharmaceutical companies are colluding to expand on legislative victories gained in the US.

Using a media storm over measles, censorship of numerous vaccine-related websites, new support for mandates from professional organizations that have benefitted from industry largesse, and deals with Democratic party leaders, the right to religious and philosophic vaccine exemptions has been voted away by legislatures in California, New York and Maine.

In the recent case of New York, the Speaker of the NY Assembly was caught on videotape directing a committee member to change his vote in order for the mandate legislation to move forward.

This was not an idle pilgrimage to one of Canada’s smallest provinces. For Pharma it is the gateway to all of Canada.

The vaccine industry in 2019 is at a crossroads.

On the one hand, the vaccine business is booming.  Several vaccines have been newly licensed, a robust industry-FDA revolving door has been established, and the children of North America are receiving more vaccines than ever before.

Merck, for example, reported increased sales in the second quarter of 2019 for Gardasil HPV vaccine of 46% (to over $3 billion US annually) compared to last year, and increased sales of 58% for its MMRV (measles, mumps, rubella and varicella) vaccine.

These are Merck’s 3d and 4th biggest sellers.  This year’s US measles outbreak (about 1200 cases) and media-driven fears of contagion contributed to vaccine uptake.

On the other hand, the industry does not want to shoulder the considerable expense of developing, testing and licensing new vaccines–over 100 of which are in development–without a government guarantee that they will be purchased.

Vaccines are being developed for everything from acne to cancers.

Vaccine mandates guarantee a vaccine market, now and in the future. Mandates put in place today will enforce the uptake of vaccines on the currently required list, plus other vaccines yet to be added.

a) An expert witness for the US Department of Justice (DOJ) in the 2007 omnibus vaccine autism case (affecting the outcome for thousands of cases of alleged vaccine injury leading to autism), neurology professor Andrew Zimmerman, MD recently filed an affidavit stating that his expert testimony was altered by DOJ lawyers–that he told them that in certain cases, autism can be a consequence of vaccination.  The case for which Prof. Zimmerman’s testimony was allegedly changed resulted in a denial of benefits for thousands of families with autistic children.  It also led to a negative conclusion in the US Vaccine Court, for all future cases, that autism might be a consequence of vaccination.  Potentially thousands of denied cases will need to be re-litigated.

b) Gardasil, a Merck vaccine used to prevent HPV infections and putatively cancer, is facing lawsuits around the world for neurologic injuries and deaths. The Japanese government rescinded its recommendation for Gardasil due to the widespread side effects reported.  Recall that Merck, the manufacturer of Gardasil, MMR, varicella and other vaccines, hid the lethal side effects of Vioxx for nearly five years, paying out $4.85 billion US dollars to settle 27,000 injury claims. FDA scientist David Graham, MD estimated that 39,000 to 61,000 excess deaths occurred due to Vioxx.

c) Danish physician and anthropologist Peter Aaby, and the group he leads, have been studying vaccines in Africa for 40 years. After completing hundreds of vaccine studies, they have concluded that the DPT vaccine increases infant mortality, by 100% or more, in African infants.  His group notes, “All studies of the introduction of DTP have found increased overall mortality.”  You may be interested in his eye-opening talk at a recent Symposium on Scientific Freedom in Copenhagen.

The Best Defense is a Good Offense

Facing these challenges, in 2019 the vaccine industry seized its opportunity from a prolonged US measles outbreak. A flawless PR campaign conducted for the industry helped ram through legislation for enforced vaccine mandates in the US, and now the industry is repeating the strategy in Canada.

In the wake of the 2015 Disneyland measles epidemic, coupled with millions of dollars in lobbying fees and direct donations to legislators, California’s legislators voted to end non-medical vaccine exemptions.

You have been assured that “Vaccines are safe and effective.”

Is New Brunswick undergoing a crisis of vaccine-preventable disease?

Herd Immunity is undermined by high rates of vaccine failures

Should we be concerned about vaccine quality and origin?

Influenza, and the Fluad vaccine

The Fat Loss Miracle Review Is it simple to burn

Time to get to a healthy lifestyle

10 Celebrities Who Swear By Intermittent Fasting

Terry was one of the first celebs to hop on