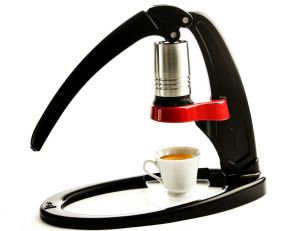 I’m one of millions of people around the world who absolutely love coffee. Until recently, I was always under the impression that it’s an unhealthy beverage that can cause harm.

However, when I looked into some scientific data related to coffee and caffeine, I immediately went out and bought the best home espresso machine I could afford. That’s because coffee is not only delicious, it has many health and weight loss benefits.

I was stunned to discover a research paper published by Joe Vinson, chemistry professor at University of Scranton, noting that Americans get more of their antioxidants from coffee than from any other dietary source. Per the researcher, “Nothing else comes close.”

However, my focus has been on losing weight more than on consuming antioxidants. I was pleasantly surprised to find out that the caffeine in coffee is a major stimulant that’s been shown to suppress appetite, speed up your metabolism, and increase your energy throughout the day.

Now, some of this has been known for a long time – especially the increase in energy levels. There’s a reason that the International Olympic Committee bans high doses of caffeine. It’s listed as a performance enhancing agent, and study after study has shown significant performance improvements when consuming caffeine (like espresso) before and/or after a workout.

Caffeine has been shown to increase your metabolic rate by 3 – 11% throughout the day. It boosts your metabolism for about 3-4 hours after consumption. According to another scientific journal, “Obesity”, caffeine intake was shown to reduce appetite. That means that drinking an espresso will reduce your appetite for your next meal and also will lead to eating fewer calories throughout the day.

If that’s not enough, additional research shows that coffee lowers your risk of Type 2 Diabetes, can help protect your brain from Alzheimer’s and Dementia, and can lower your risk of Parkinson’s disease.

So I did a 180 degree flip on my coffee consumption. I now regularly consume 3-5 cups per day, guilt free. Instead of spending a lot of money on coffee shops, I use a home Nespresso machine with capsules that cost about 50 cents each. This way I have coffee with the push of a button any time I want it.

Why should we know what Hatha Yoga is? Not sure,