Samantha Roberts is three weeks in to a six-week fasting experiment, and she’s tired.

She’s hungry, she hasn’t been sleeping well, and she hasn’t lost any weight.

“I feel like I’m trying to change, but I don’t think I’m changing for the better,” she says.

“I think I’m meaner. I think I’m shorter with people. I’m not as happy as I used to be.”

Samantha’s experience is not uncommon; many diets bring with them moments of hopelessness and frustration, especially when you’re required to overhaul ingrained habits.

Under the guidance of dietitian Joanna McMillan and an expert team, Samantha is one of five people participating in a Catalyst fasting experiment, looking at intermittent fasting’s impact on weight loss, ageing, gut bacteria, and metabolic health.

“I don’t eat from 8 o’clock at night till 12 midday the day after, so I fast for 16 hours,” Samantha explains.

“I’m getting there [but] maybe I didn’t realise what I was getting myself in for.”

Fasting is about more than weight loss

Samantha’s husband Kevin is also participating in the experiment, but he’s on the 5:2 diet.

Kevin must eat a healthy diet for five days but cut his kilojoules down to 2,500 on Tuesdays and Thursdays — that’s less than a quarter of his regular intake.

Unlike Samantha, he starts to lose weight immediately.

“I managed to pull an extra notch on my belt for my pants, so that’s an inch down on my belt size,” he says.

The research into the effectiveness of fasting diets “really is in the early days,”  but Dr McMillan is hopeful that her experiment will show the benefits of fasting reach beyond weight loss.

“We’re so obsessed with weight in this culture, we talk about diet in terms of just weight loss. But [diet] is about what we eat and its impact on our whole body,” she says.

“What the research seems to show is that, at least in the short term, fasting is at least as effective as a traditional calorie-controlled weight-loss diet.

“But if we only look at fasting as a weight-loss trend, we demean the research we do have into fasting.”

Early studies have shown that in as little as four weeks, switching from the fed to the fasted state can relieve health issues from inflammation to arthritic pain to asthma, start cellular repair, and increase longevity.

But one area Dr McMillan is particularly interested in is fasting’s impact on metabolic health — things like the body’s blood glucose and insulin levels.

“Metabolic health [refers to] the way your internal body systems are working, and if they’re working effectively,” she explains.

“If your metabolic health is out of whack it could mean your cholesterol is running high, or your glucose levels are high.

“It’s a catalogue of things that lead to poor health.

“Weight is a symptom, not the measure.”

Both Samantha, 49, and Kevin, 52, have “harmful levels of fat around their organs, and show signs of elevated blood sugar and insulin resistance”.

“If they do nothing, they’re likely to have type 2 diabetes within a decade,” Dr McMillan says.

“The question for [them] is, can fasting help to get your body responding better to insulin?

“We want to … get your body responding better.”

Dr McMillan says that one of the benefits of a fasting diet, be it the 5:2 or the 16:8, is that it gives structure to eating and puts a stop to snacking.

“We are in a food environment that we’ve never been in before, and this is really the first time in human history we’ve been in this situation, where so much food is available to us all the time,” she says.

“So this fasting method at the very least stops that eating after dinner.”

Kevin is already worried that his eating habits are catching up with him.

Before the experiment started, he’d typically drink a case of beer each week, and often pick up a bacon and egg roll or a pie on his way to work as a butcher.

“I wanted to give fasting a go because of my appearance, my body. I’m getting a bit bulging around the torso,” he quips.

For Samantha, a hairdresser, her eating patterns are all out of whack thanks to being on her feet with clients all day.

“Sometimes I don’t realise that I’ve actually eaten because I’m so busy,” she explains.

“I eat and then I don’t think I’ve eaten and then I eat again and then I realise I did eat, but I’m so busy that I forget.

“I do have a mirror in front of me all day, but I don’t actually look up at me. It’s a shock when I see me.”

The hope is that six weeks of an intermittent fasting diet will help Kevin and Samantha eat mindfully.

“What we certainly know is that getting your calories down is beneficial, and this is another option,” Dr McMillan says.

“After dinner, the kitchen’s closed. It simply stops that snacking that you tend to eat while you’re on the sofa.”

But intermittent fasting isn’t just about going without — it’s also about choosing nutritious food when you can eat, to provide lasting energy to get through the fasting window.

“I think one of the things where people can go a bit wrong with these diets is that idea of doing the 5:2 [and thinking], ‘there are two days where you have to restrict your calories but on the other five days you can eat whatever you like’.

“You can’t have the day where you’re partying all day and eating and drinking and then expect to get the benefits.

“You’ve got to eat healthily on the normal eating days.”

For Samantha and Kevin, this means stocking their pantry with lots of wholegrains, fruit and veggies, nuts and seeds, lean meats, and avoiding processed meats and snacks.

“As of last week, I drank approximately 48 bottles of beer less than what I’d normally consume,” Kevin laughs.

“The things that I’ve been eating differently are pumpkin, tofu, couscous, and sweet potato chips. [I have] just small pieces and other things mixed in with my other vegetables.

The realities of a fasting diet

In the first six weeks, Samantha finds it’s sometimes hard to incorporate the changes into her grocery shop, even though she has meal plans and expert advice.

“I’m just trying to manage everything,” she says.

“[I have] to be really organised — I have never spent this much time in my kitchen. I’m always cleaning the kitchen ’cause I’m making so much stuff.

On the 16:8, another challenge Samantha faces is waiting until midday to eat.

One thing she has to watch is “panic eating” in the minutes before 8:00pm.

“I think I have a personality, if somebody says you can’t have that water, then I want it even more. I think my personality is like that, but I think it’s a sense of panic,” Samantha says.

“The worst thing is, I actually don’t feel like I need something else to eat, but I’m eating it because if I don’t, I’m not going to eat until tomorrow again.”

Kevin acknowledges “it’s more tricky for Samantha than for me”.

“She’s finding it hard in the mornings to not eat till 12 o’clock,” he says.

“She wakes up early, she starts to stress out a bit, I think … and gets a bit frustrated.”

But Samantha is determined to stick with the plan.

“My expectations were pretty high, but at least I’ve done something, and I’m still doing it,” she says.

So did it get easier?

After six weeks of participating in the fasting experiment, Samantha and Kevin settle in to their fasting patterns, and commit to sticking to them for a little while longer.

Their cravings abate, they become more comfortable with feeling hungry, and there are no bad foods in the pantry.

“[It was] totally a positive experience, I’ve enjoyed it — I know I’ve whinged. I have whinged a lot,” Samantha says.

“As long as I prep, I’m finding it better, even if I can’t find time for shopping.

“As long as I’ve got the vegetables and fruit at home, we’re good.”

And did it make any difference?

When Dr McMillan conducts her final tests to see how Kevin and Samantha have tracked, the results “are a little unexpected”.

Over the six weeks, Samantha lost 3.5 kilograms and Kevin 8.5 kilograms — but Kevin’s weight loss is actually “some cause for concern”.

“More than half of Kevin’s weight loss came from lean body mass – most of it [was] muscle,” she says.

“Lean muscle [is] crucial for staying healthy as we age. So, going forward Kevin — and anyone taking up fasting — needs to ensure they also do exercise.”

There has also been little change to Samantha and Kevin’s gut health.

But there has been “a really big metabolic improvement” for them both.

In particular, Samantha’s fasting insulin levels reduced, and her fasting blood glucose levels came down to “the normal category”, which means she reduced her risk of developing type 2 diabetes.

“This is a really powerful message, because you haven’t actually lost a lot of weight, but you’ve seen that really big metabolic improvement,” Dr Hocking says.

“Even for someone who doesn’t lose any weight, if your metabolic health has improved because you’re eating better and you’re exercising and getting enough sleep, you’re in a far healthier position.”

Dr McMillan says Samantha “epitomises the promise of fasting for me”.

“She has managed to overcome a really tough journey through my experiment and embrace a new way of eating,” she says.

‘It’s not going to be right for everybody’

While the results of Dr McMillan’s intermittent fasting experiment are promising, she warns that fasting is “not a magic bullet” for weight loss or overall health.

It’s also a method that should not be overdone; fasting for too long “stresses your body too much”.

“Fasting is one tool in the toolkit … one potential option to add,” Dr McMillan says.

“It’s not going to be right for everybody … we just don’t know what the optimal regime or program is, and it might be different for individual people.

“In the end, you have to choose the approach to healthy eating that works for you.

“There’s no doubt that we’re leaving [Samantha and Kevin] in a healthier spot, and the challenge now is just to keep up the good work.”

For more about the reality of fasting diets, watch Catalyst at 8:30pm on ABC TV, or catch up on iview.

Want more science from across the ABC?

Science in your inbox

Get all the latest science stories from across the ABC.

Your information is being handled in accordance with the ABC Privacy Collection Statement. 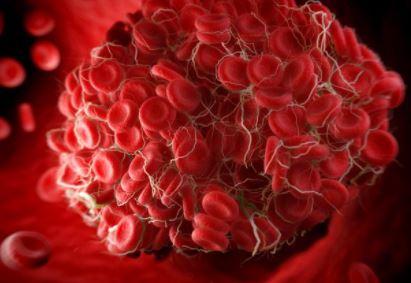 One of the biggest problems observed so far with regard 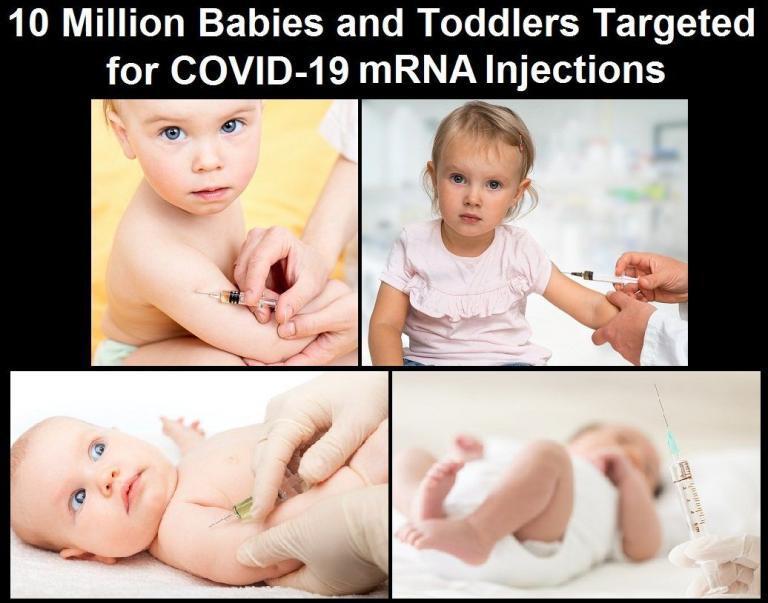 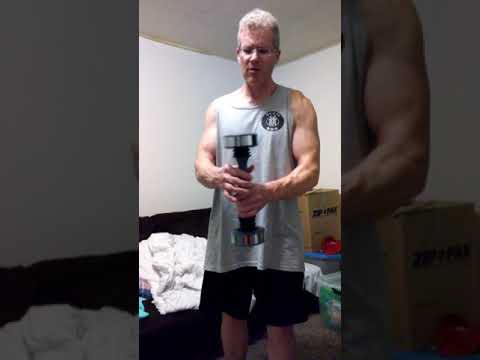 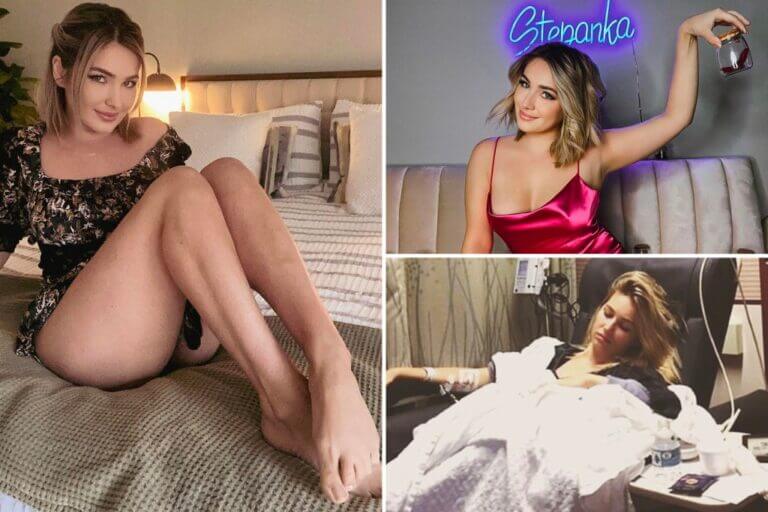 She had a fart attack. A reality TV star who