House Speaker Nancy Pelosi has made it clear she’s going to work very hard to pin the coronavirus pandemic on President Donald Trump.

Just don’t ask her to find out where the pandemic actually started.

Pelosi, as you may have heard, has put together a committee to oversee the Trump administration’s handling of the COVID-19 crisis. In a “Dear Colleague” letter, she assured everyone this was about ensuring the relief money was spent the way it was supposed to.

“We must make sure that the historic investment of taxpayer dollars made in the CARES Act is being used wisely and efficiently to help those in need, not be exploited by profiteers and price-gougers,” Pelosi wrote in the letter late last month, according to Politico.

However, you can probably tell where this whole thing is headed when you consider that each of the seven members she appointed to the committee were Democrats. The chairman, meanwhile, will be House Majority Whip James Clyburn, the South Carolina Democrat best known as the man who pretty much saved Joe Biden’s campaign by  endorsing him before the South Carolina primary in February. No conflict of interest there whatsoever.

Just don’t ask Pelosi to join an investigation of the origins of the novel coronavirus.

According to GOP Rep. Guy Reschenthaler of Pennsylvania, his attempts to investigate a New York firm that sent money to the Wuhan Institute of Virology — potentially the source of the virus, according to some sources — have been stymied by Pelosi and House Democrats.

During an appearance on “Breitbart News Saturday” this weekend, Reschenthaler talked about a letter he sent to Secretary of Defense Mark Esper regarding a Pentagon grant that went to EcoHealth Alliance, which has given money to the Wuhan institute on a number of occasions. (It’s unclear whether the Pentagon grant went directly to the Wuhan institute.)

Just don’t expect much to come of any of this from Congress.

“We should have an investigative body looking at these grants, but Nancy Pelosi is not going to do that,” Reschenthaler said. “So you have myself and House Republicans. I can tell you I’m going to continue to look into these grants. I’m going to continue to look into the Department of Homeland Security as well to see what grants are going from there to China. I’m also looking at defunding the World Health Organization and we can talk about that as well.

“But the bottom line of the Democrats’ behavior is this: They hate this president so badly that they would rather side with the Chinese Communist Party than defend Americans and defend our spending and spend wisely and just be honest. That is their hatred for President Trump and disdain for President Trump’s supporters.”

Reschenthaler said he is trying to determine if money from the Pentagon grant went to the Wuhan lab.

“The [Department of Defense] also gave EcoHealth Alliance $6.5 million in a grant, and like you said, that grant was to understand bat-borne zoonotic disease in context with weapons of mass destruction, what I’m trying to find out is whether or not the DOD funding that went to EcoHealth also went to the Wuhan Institute of Virology,” he said.

“We know that the NIH funding did, and we also know that all money is fungible, but I want to see if we can trace that money to Wuhan to see how much and to what extent the DOD and American taxpayers actually funded the Wuhan Institute of Virology.”

His ability to investigate these grants has been blocked specifically because the Democrats are in control of the House of Representatives and have no intention of conducting such an investigation.

They already have a committee to deal with the coronavirus, after all, and they’re going to investigate pretty much nothing else but Trump.

“It’s imperative that we as House Republicans take back the House in this next election because Nancy Pelosi and the far-left Democrats are thwarting everything we do,” Reschenthaler said. “I do have to say I cringe when the media says ‘Nancy Pelosi and the squad’ because that minimizes how far left this party has gone. It’s just not ‘the squad.’ It’s not just Nancy Pelosi. It’s most of their members.

“This party has moved drastically to the left to the point of siding with the CCP over Americans. They don’t want to get to the bottom of these grants and they also don’t want my resolution run on the floor about defunding the World Health Organization or at least getting Dr. Tedros [Adhanom Ghebreyesus, head of the WHO] to resign and getting an international organization to investigate how the World Health Organization was either grossly negligent in dealing with the Wuhan virus or how they worked hand-in-glove with the Chinese Communist Party in trying to cover up the virus early on. But that’s the extent of their hatred, again, of this president and his supporters where they will not run these bills and they will not do these investigations because, again, they would rather side with the CCP than do the right thing.”

Unless Republicans take back control of the House in November, the body isn’t going to be doing much when it comes to investigating how much money went to the Wuhan Institute of Virology, much less whether the institute was at all responsible for the accidental release of the coronavirus — something that the American intelligence community hasn’t ruled out and that the president and others in the administration say they’ve seen evidence of, according to NBC News.

“That could be something like encouraging other nations to stop interactions at wet markets, which should be happening anyhow. If it originated in a lab and somehow leaked from the lab, we shouldn’t be funding labs that study virology and weapons of mass destruction in terms of biological weapons. We shouldn’t fund these labs unless they have procedures in place where the disease won’t leak out and kill 60,000 Americans and hundreds of thousands around the world. This is a very responsible thing to do as good stewards of taxpayer money.”

And, as Reschenthaler pointed out, we don’t know how much data on coronaviruses we got from the Wuhan Institute of Virology.

We know that we certainly didn’t get any investigators inside of China after the coronavirus went worldwide. We still haven’t gotten investigators on the ground in Hubei province — and we won’t.

But what we will get is Clyburn’s committee, which features firebrands like Reps. Maxine Waters of California and Nydia Velazquez of New York, among others.

This will certainly be a way for Democrats to go after the Trump administration, at least until the election and possibly beyond. It could even be, as House Minority Leader Kevin McCarthy called it, “another impeachment committee.”

But the Wuhan Institute of Virology? Don’t expect that to be investigated anytime soon — not until the Democrats are out of power in the House. 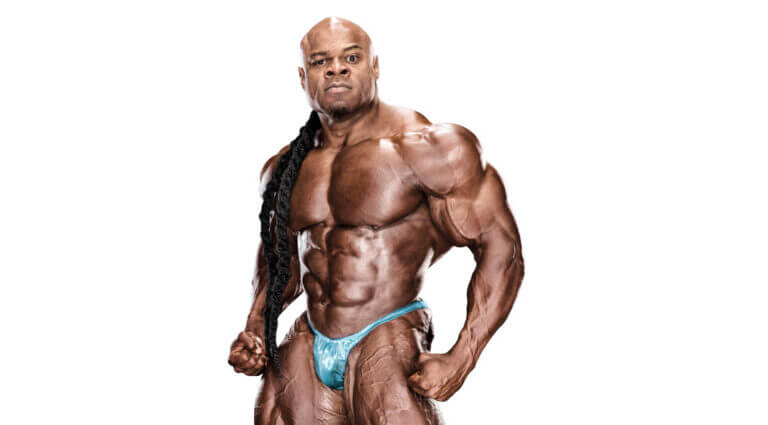 Will Kai Greene Ever Make a Bodybuilding Comeback?

The former Olympia competitor and rival to Phil Heath hasn’t 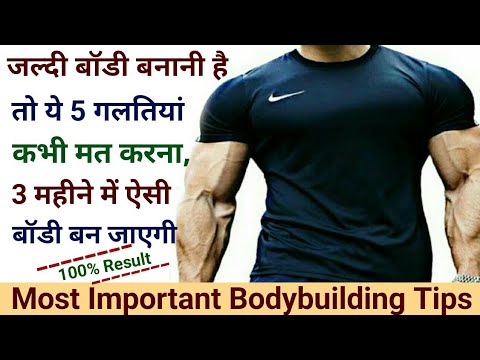 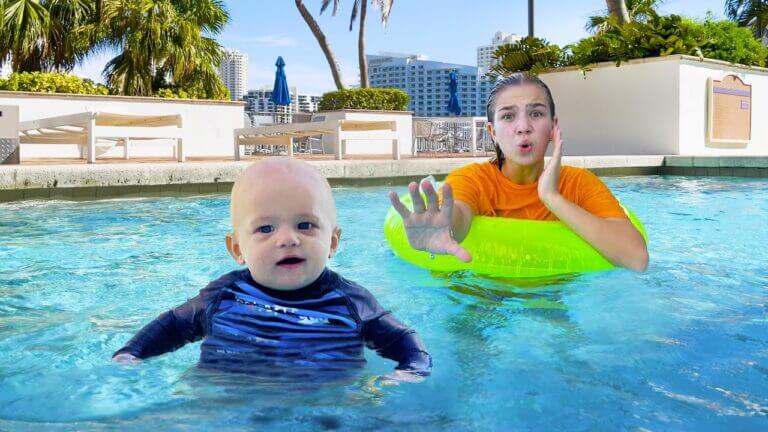 Maggie is swimming with little brother David in the pool!