How Did One California Doctor Become the Vaccine Czar with the Power to Force Every Other Doctor to Obey Her Wishes on Vaccine Exemptions? 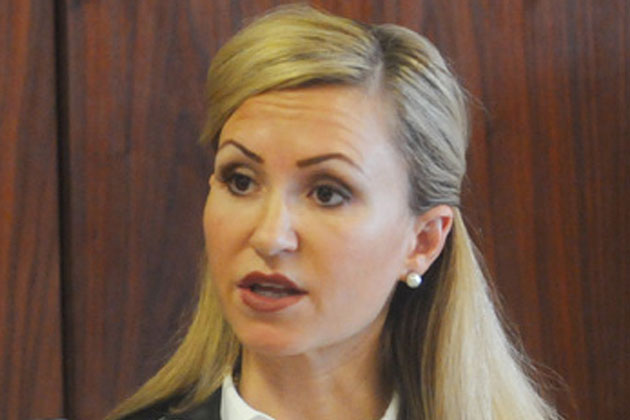 Sacramento – SB276/714 – the bills which limited the exemption criteria for vaccine injury and put every physicians writing more than 4 a year under the scrutiny of the California Public Health Department – did not appear out of nowhere this year.

Dr. Charity Dean, friend of Senator Pan[1], planned a multi-year campaign to propel herself up the ranks of the Public Health Department which culminated in her current position where she will oversee the review and revocation of all vaccine medical exemptions under SB276/SB714, leaving hundreds of well-intentioned, legitimate physicians throughout California wrongly discredited in her wake.

A Voice for Choice Advocacy urges the Governor, our California State Senators and Assembly Members and the mainstream media to investigate and take action to stop the witch hunt and allow physicians to practice medicine without fear of unwarranted investigation, and specifically to remove Dr. Charity Dean from her post until the investigation is complete.

The story starts shortly after the passage of SB277 (Pan) – the bill which left the medical exemption as the only way for a child enroll in private or public school without vaccination.

In 2016, Dr. Charity Dean, then Director of the Santa Barbara Department of Public Health (SBDPH), ran an aggressive campaign to capture the private physician information of children with medical exemptions in her county.

A 2016 Public Records Act Request (CPRA) by A Voice for Choice Advocacy confirmed there was collusion between her, key public health officers, CDPH and the California Medical Board to proactively gather information on physicians writing medical exemptions under SB277, for the sole purpose of filing Medical Board complaints against them[2,3,4].

A few months ago, Leigh Dundas, attorney for Advocates for Physicians’ Rights, held a press conference[5], based on the same CPRA information, outlining the apparent cover-up engaged in by these professionals, including how to avoid fallout from a “Public Records Act” request by co-opting their County Council County Attorneys offices to open permanent ongoing investigations against these minor children’s medical physicians” which they would never close and thereby allowing them never to be revealed.

Dr. Charity Dean promoted her Medical Exemption Pilot Program on a July 7, 2016 teleconference to all 58 local county Public Health Officers on the call[6]. It was initially co-opted by 5 counties, but is now a statewide initiative, that commanded county Public Health Officers to request school nurses and administrators to send them all medical exemptions for review.

Public health officers were dispatched to audit schools who did not comply with the request. The redaction of personal student information due to the Family Educational Rights and Privacy Act (FERPA) was of no consequence to Dr. Charity Dean and her co-conspirators because all they were interested in were the physicians’ names. What resulted was an unofficial statewide database of medical exemption writing physicians.

This database found its way to the California Medical Board who subsequently sent out a letter to all physicians writing medical exemptions warning them that they were being watched[7].

The witch hunt had started.

To be clear, SB277 included a robust vaccine medical exemption that, per Governor Brown’s signing statement[8], left the evaluation at the discretion of the physicians. Meaning if a physician felt the risk of adverse events to vaccination was too high for any reason, the medical exemption would be valid and legitimate under the law.

During this time health insurers increased their incentives for physicians who had fully vaccinated practices, so the large majority of California physicians put policies in place that they would refuse service to partially and un-vaccinated patients, regardless of medical reasons[9].

The California Medical Board letter codified this decision. Similar to physicians ditching pain management patients for fear of being investigated for opioid script selling, this left only a handful of vaccine injury, autoimmune disorder and cancer specialists willing to write medical exemptions for the entire state.

Finding a physician’s office in California who will accept a child who is not fully vaccinated, regardless of medical risk of vaccination, let alone one who will do a medical exemption evaluation is close to impossible.

Earlier this year, Parents for Healthcare Rights conducted a survey of 882 pediatric offices in CA and every office said they did not do any medical exemption evaluations, regardless of medical history[10].

There is a serious healthcare access crisis in California for the medically vulnerable children who cannot and should not be vaccinated.

Next step, Charity Dean encouraged local public health officers, school nurses and unabashed pediatricians to submit complaints to the Medical Board of California for any MD who had written multiple medical exemptions, on behalf of their unwitting patients.

Earlier this year, someone was emboldened to file a complaint on nearly every one of the 50 physicians, who were outed through a CPRA request published by the Voice of San Diego[11], as having filed more than one medical exemption in SDUSD this year.

While there are now over 180 investigations into over 70 physicians, the accusations have made it clear that the standard to which the Medical Board is holding physicians medical exemption evaluations is based on their own definition of standard of care, rather than the law which gave broad physicians discretion, based on family history, genetics and use of the latest relevant research.

An unusual situation for the Medical Board, as typically physician complaints come from the patient or their family, not third parties. Parents were caught off guard and refused to surrender medical records, when contacted by the Medical Board due an (in their eyes) unwarranted concern with the care their child received from their physician.

The Medical Board was left with only one option – to subpoena the Medical Records. They have been successful in obtaining most, but this week a subpoena to the SDUSD to obtain unredacted medical exemptions was temporarily quashed[12].

Dr. Charity Dean set the ball in motion, while continually keeping her eye on her power hungry, career prize – State Public Health Officer in charge of revoking Medical Exemptions and removing physicians who she personally found overly concerned with vaccine injury from practice.

But that would require one more step – a bill to take the authority of medical exemptions away from the child’s physicians and put it squarely in the hands of CDPH. Dr. Charity Dean’s unethical collection of medical exemption data and her cozy relationship with Senator Pan and the CMA[13] promulgated the introduction of SB276, rather than any real evidence of fraudulent medical exemptions.

On her rise up the CDPH ranks, Dr. Charity Dean was appointed by Governor Brown to Assistant Director of the CDPH[14] in September of 2018. Once amendments were made in SB276 for the State Public Health Officer to oversee the review and revocation revoking medical exemptions and the fate of the physicians writing them, that title moved from the Director of CDPH to the Assistant Director, Dr. Charity Dean[15].

She has assumed this position as Medical Exemption Czar through her and Senator Pan’s covert actions, rather than any valid issue with the already stringent, medical exemption process put in place in 2015, all while targeting innocent doctors and putting medically fragile children at risk of vaccine injury and death.

“Does any evidence exist that there were physicians writing fraudulent medical exemptions or are SB276/714 the result of Dr. Charity Dean’s staunch pro-vaccine, personal campaign to raise herself up the ranks of CDPH and terminate any physician who treats vaccine injured children with the ultimate goal being to increase vaccination rates, regardless of the injury and deaths it may cause along the way?” Christina Hildebrand, President of A Voice for Choice Advocacy, asks.

These physicians are not writing fraudulent medical exemptions. They are using the latest research, family history, genetics and a number of other criteria to determine the vaccine risk profile of each of their patients, all discussed and allowed under SB277.

Here in CA we stand for personalized healthcare, priding ourselves on using the latest biotech technology and treatment, coming out of Silicon Valley and the rest of the world, and not just being satisfied with current “standard of care.”

The criteria used for determining the risk profile of any medical treatment, including vaccination, should do the same.

The state and the CMB want us to trust CA physicians, but how can we do that when SB276/714 are based on false pretense and the campaign of two power-hungry, conflicted individuals – Dr. Charity Dean and Senator Richard Pan?

Again, A Voice for Choice Advocacy urges the Governor, our California State Senators and Assembly Members and the mainstream media to investigate and take action to stop the witch hunt and allow physicians to practice medicine without fear of unwarranted investigation.

Strike a Yoga Pose or Take a Stroll

The Benefits of Yoga for Runners | SELF

“Down Dog,” the teacher says. It’s the last one of

Youre A Giant Squid. Can You Fight And Defeat A Boat?

This feature requires JavaScript to function. Ahh, the ocean. Ahh.