How the Washington Commanders scammed fans and the NFL, explained

Welcome to FTW Explains, a guide to catching up on and better understanding stuff going on in the world. Are you confused as to why people are talking about the Washington Commanders allegedly hiding revenue from the NFL? We’re here to help.

On Tuesday, the U.S. House of Representatives’ Committee on Oversight and Reform laid out a troubling case to Lina M. Khan, Chair of the Federal Trade Commission. The Washington Commanders, under the supervision of team owner Daniel Snyder, have allegedly been the backdrop of decades of unlawful accounting that withheld millions of dollars owed to season ticket owners and hid money from the NFL’s revenue sharing system.

It’s a stunning report, but not a surprising one given the ongoing circus that has defined the Washington football franchise in the Snyder era. It could lead to serious discipline — and potential criminal charges — for Commanders’ leadership.

The 20-page letter, CC’ed to the Attorneys General of Maryland, Virginia, and Washington D.C. as well as NFL commissioner Roger Goodell, alleges years of shady accounting that intentionally withheld $5 million in refundable security deposits from an estimated 2,000 fans. The team also purposefully misreported ticket sales in order to hide it from the league’s revenue-sharing program. It’s the latest accusation for a franchise defined by its toxic work culture and unavoidable failure at most levels.

Let’s talk about what that letter entails.

Why was Congress investigating the Washington Commanders in the first place?

After multiple credible allegations of sexual harassment, inappropriate behavior and abuse within the Washington corporate culture, Snyder announced he’d hired Beth Wilkinson, a former federal prosecutor, and her law firm Wilkinson Stekloff, to conduct an investigation into “all forms of workplace misconduct” in 2020. The NFL took that over weeks later and boiled down what had become a 10-month investigation that interviewed more than 150 people into a four-page summary that revealed little.

That didn’t keep certain pieces of the report from surfacing, including the inflammatory language used by Jon Gruden in emails that led to his resignation as Las Vegas Raiders head coach last fall. It also prodded the Committee on Oversight and Reform to conduct its own review of the organization.

The House Committee’s investigation isn’t complete yet. In its final form, it will be used to “inform legislative efforts to prevent and address toxic work environments and workplace investigation processes; strengthen protections for women in the workplace; and address the use of non-disclosure agreements to prevent the disclosure of unlawful employment practices, including sexual harassment.”

So far, the Committee’s findings have showcased “a longstanding culture of impunity among top executives at the Commanders—from pervasive sexual harassment and other workplace misconduct to potential financial misconduct.” Tuesday’s letter dove into the latter and could serve as a nudge for regulators to take a closer look at the shady practices that have been endemic to the Commanders’ accounting for nearly two decades.

How did the Commanders scam their fans out of an estimated $5 million?

The report’s star witness was Jason Friedman, an employee of 24 years who rose to the position of Vice President of Sales and Customer Service. Friedman left the franchise in October 2020 but was willing to testify before the Committee on the shady dealings he oversaw in two-plus decades there.

Per his testimony, Washington began requiring fans to enter into multi-year leases for certain premium seating in 1997. This was a one-time refundable security deposit of 25% of the price of the seats for one year. When Snyder took over two years later, he handled those refunds with the grace and guile of a shady cell phone company trying to keep a customer from ending their contract.

“Those security deposits, per the terms of the contract, are refundable at the end of the contract provided that the licensee has met their obligations, i.e., paid their bill each year and not damaged their seat. The team failed to properly refund those security deposits intentionally and took various steps to retain as much of that money as possible mainly by taking advantage of the passage of time.”

In many cases, Snyder’s alleged plan was to hope ticket holders simply forgot about the money they were owed. In others, his office made the process to get these refunds needlessly complex, forcing seatholders who’d signed contracts ensuring their deposit “shall be returned to Licensee within thirty (30) days after the expiration of the term of this Agreement, or any renewal term” now had to call the ticket office, then send certified mail asking for that money back.

In Friedman’s words, this was a successful strategy.

“And then when you called, we told you that you needed to send us a letter,” he explained. “But that didn’t—that didn’t make a large dent in the security deposit universe. That may have impacted what was left there by 5 to 10 percent.”

The franchise was aware of the value left in these deposits and would regularly take money from the account where ticket holders’ cash had been stored in order to boost revenue elsewhere. Within the organization, this was known as “juicing.” That money would then be converted into various fees — licensing, handling, interest, etc — that didn’t have to be shared as part of the league’s revenue plan.

According to Mr. Friedman, the practice of “juicing” security deposits occurred over the course of several years. He recalled at least one occasion where Mr. Gershman instructed him to identify a significant amount of money in unclaimed deposits to convert into “juice.” He stated:

“There was one particular season where towards the end of the season, Mitch Gershman came to me and said, go get us another 100 grand in juice out of the security deposits.”

Mr. Friedman understood that the practice of requesting “juice” from security deposits would occur when team executives believed the Commanders “were a little bit behind on our sales numbers.” He stated that this practice was done at the direction and for the benefit of Mr. Snyder.

That practice continued until 2017. Per the team’s books, it may have even applied to two seats registered under Goodell’s name and 28 seats held by the NFL itself. The approximate value of the deposits on those seats was roughly $14,000.

But that probably won’t be the piece of this report that annoys Goodell the most.

How did the Commanders scam the NFL’s revenue-sharing program?

The league has a system in place that ensures teams in less populous markets aren’t penalized for having a smaller local fan base. A revenue-sharing plan takes everyone’s revenue into account and chops up that pot so that everyone gets an equal share of sales. In 2021, that number was nearly $8.8 billion, or a shade under $275 million per franchise.

Snyder and his cohort didn’t want to contribute their full amount of revenue, so a certain amount of Commanders ticket sales were instead funneled off to streams that eluded the NFL’s tendrils. There were a few different ways this was allegedly done. None of them were appreciably complex.

Per Friedman, some Commanders tickets that actually sold for $55 were reported as selling for $44, leading to $11 of hidden revenue per seat. With 14,760 seats under that umbrella, the scheme net up to $162,360 each time it was deployed.

That extra cash was then categorized under sales the league couldn’t touch — namely a 2014 college football game between Navy and Notre Dame and a 2013 Kenny Chesney concert. The team’s ticket office would also categorize some Commanders ticket sales to brokers as unrelated giveaways for other events at the stadium in order to prevent that money from counting toward the NFL’s sharing plan as well.

Exactly how often the Commanders hid their actual ticket receipts from the league isn’t known. Friedman estimated it happened “at least a dozen times.” He also noted it was a “semi regular practice” and that safeguards were put in place to keep those numbers from artificially inflating the internal counts for the special events ticket staffers in charge of the non-NFL events at the stadium.

Why did Friedman explicitly detail these illegal accounting practices?

In short, because he was afraid of getting fired by an unpredictable boss and wanted receipts that proved he wasn’t a rogue employee breaking the rules on his own:

I was always worried about losing my job there, always. You would think working someplace for 24 years that you would gain some sort of comfort in job security. But I was very paranoid just because I saw so many people over the years get fired that I—I was always worried that I would be next.

Rachel Engleson, the team’s former Director of Marketing and Client Relations, backed this up in a message to the Committee.

explained to me that he had been made into a scapegoat by the company for other things he and others had done under orders of the team’s leaders, and so after that he started keeping records whenever he was asked to do tasks that he and/or the team could potentially be sued for.

Friedman had been thrown under the bus for the team’s shady practices before. In 2009 the franchise began suing its own season ticket holders while simultaneously re-selling the seats they’d given up to brokers. Friedman shouldered the blame for that one, though he claims it was an organizational practice passed down from leadership above him. The fact he was not only retained but promoted after the incident lends credence to his story.

What will the NFL do now?

Hoooo boy. No one’s quite sure, but it probably won’t be good. The Commanders are the smoldering garbage fire consuming an old coal vein underneath the metropolis the league has built, spewing toxic fumes into every aspect of everyday life. For years Goodell has mostly been able to ignore it with vague platitudes and punishments that don’t actually serve as a deterrent.

But now Snyder, on top of fostering a culture of abuse and sexual harassment, has been accused of keeping money from the other 31 owners in the NFL. Those are the guys who give Goodell his marching orders, and they cannot be happy about this.

The question now is whether the league will hand down a punishment that actually sticks — at this point, the only real option would be forcing Snyder to sell his prized pile of melted trash — or if we’ll get a relative shrug, slap on the wrist, and another season where the football world pretends it doesn’t smell the steaming pile emanating from D.C. 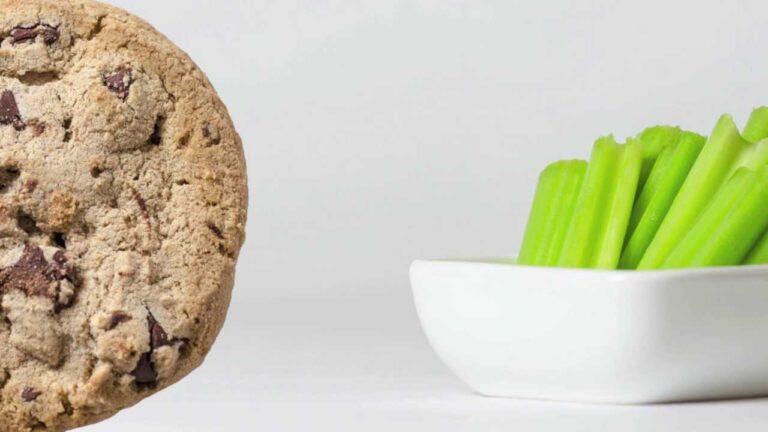 The Science of Healthy Eating

More info: http://www.caltech.edu/news/cake-or-carrots-timing-may-decide-what-youll-nosh-45077 Caltech neuroeconomists have found that your ability 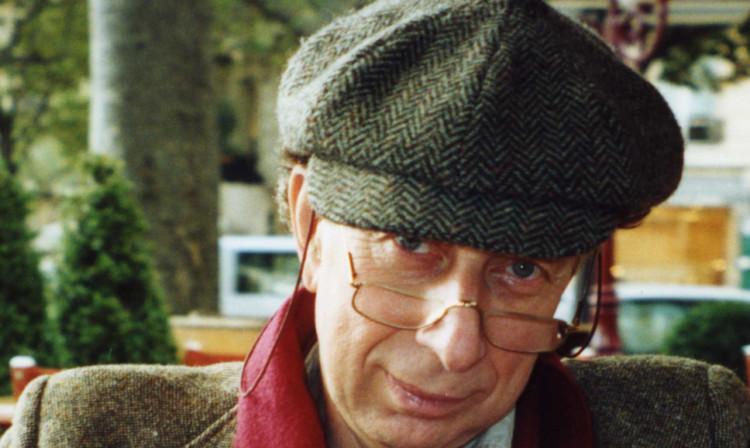 Note: The video contains more material than this transcript because 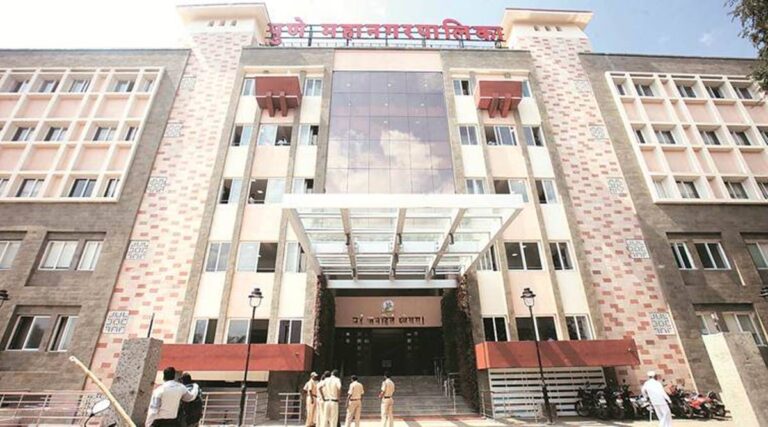 Agriculture companies or farmers’ groups can apply for using the 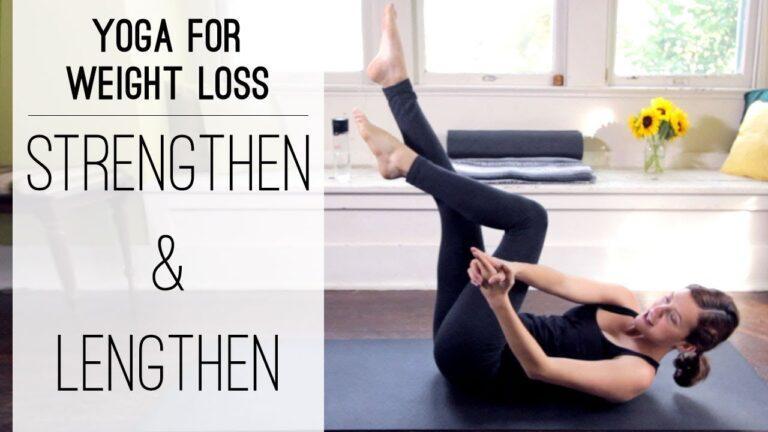 Yoga For Weight Loss – Strengthen and Lengthen – Yoga With Adriene

Our Yoga For Weight Loss series continues with this 40