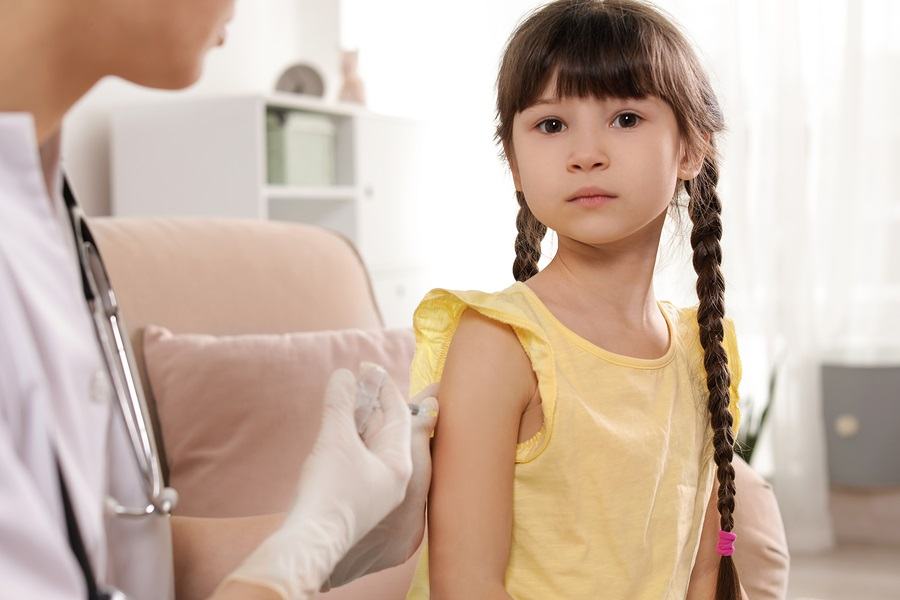 I have often feared that in the end babies and young children would be given the dangerous and increasingly unpopular HPV vaccines.

I suspect that time is fast approaching.

GlaxoSmithLine (GSK) the manufacturer of Cervarix has recently conducted a trial of its two valent HPV vaccine on healthy 4-6 year old female children in Latin America.

The study involving girls from Colombia, Panama and Mexico was published in the current edition of the Pediatric Infectious Disease Journal.

Here is the stated rationale for injecting such young children with HPV vaccines:

The burden of human papillomavirus (HPV) diseases is high in Latin America. HPV vaccines licensed from 2006 onwards offer protection against most HPV-related cancers, especially when introduced into national immunization programs.

Barriers to optimal vaccine uptake are, however, lowering the impact of adolescent HPV vaccination programs. Immunization of children might overcome these barriers and be a strategy of choice for some countries.

Where have I heard this rationale before? Oh yes, I remember. The same excuse was used for the introduction of the hepatitis B vaccine for babies and young children.

According to the National Vaccine Information Center

The primary reason that the CDC recommended hepatitis B vaccination for all newborns in the United States in 1991 is because public health officials and doctors could not persuade adults in high risk groups (primarily IV drug users and persons with multiple sexual partners) to get the vaccine.

Only about 16 percent of U.S. adolescents have been fully vaccinated against human papillomavirus (HPV) by the time they turn 13, despite national recommendations that call for vaccination at 11 to 12 years of age.

And in Japan coverage rates for the HPV vaccine have plummeted from 70 percent in 2013 to less than 1 percent today. They are also lower than desired in Ireland where health authorities have expressed alarm at the falling rates of vaccination estimated as a 50% uptake for the first dose in 2016–17.

Expansion of the customer base

On October 5 2018 the FDA approved Gardasil 9 for use in women and men aged 27 through 45 years. The fact is there is a declining US market for Gardasil.

Increasingly people are learning about the real adverse effects and long term injury resulting from this vaccine program. According to Vaers, the Vaccine adverse event recording system there have been 510 reported deaths following HPV vaccines and over 62,000 reported adverse events.

But expansion of the HPV vaccination program seems on the cards again as witnessed by the recent study done on very young girls.

There was no inert placebo. The control group were given Priorix (MMR) and Infanrix (DTPa).  It is common for vaccine manufacturers not to use saline placebos in their safety and efficacy studies.

By comparing one vaccine to another vaccine and in this case with Infanrix which contains 500 mcgs of aluminium, chances are the vaccine being trialed does not look as bad as it really is.

On the other hand if a normal saline placebo was used then we would really see a much higher rate of adverse events in the vaccine than in the control group. But then this is the way the manufacturers have set it up. It is corrupt.

There are no laws governing the contents of placebos.

The World Health Organization states that using a vaccine (rather than an inert substance) as a placebo creates a “methodological disadvantage” and also notes that it may be “difficult or impossible” to assess vaccine safety properly without a true placebo.

And yet this is how they conduct vaccine trials. They do not use true placebos and in the original Gardasil trials the participants in the control arm were given the aluminium adjuvent (amorphous aluminium hydroxyphosphate sulphate) that is used in the vaccine.

As it turned out more than half of the very young girls in the Cervarix group got a medically significant condition not related to common ailments. That is 38 out of 74 girls.

These are little children and even if there was a valid reason to give this vaccine, the effect of the vaccine would have worn off well before they were sexually active.

Gardasil was fast-tracked through the FDA, a process usually reserved for life threatening diseases to fill an unmet and urgent medical need. Improved living conditions had already reduced the incidence of cervical cancer significantly in Western countries.

To think they could give it to small children and even babies is abhorrent.

Read the Full Article at HelenLobato.com

Helen Lobato is the author of Gardasil: Fast-Tracked and Flawed  by Spinifex Press.

Another major shake up for the sporting world. Well it