I did a digital detox for just one week and it changed my life. Here’s why – ABC News

Before I begin, I should explain something.

I never considered myself one of *those people* who are glued to their iPhones, scrolling mindlessly through Facebook or Instagram out of habit. Or binge-watching Handmaid’s Tale on a weeknight.

I mean, I have done that stuff, yes I have. But not really that often. And it wasn’t a big deal when I did. Not really.

Like most people who took part in this year’s Australia Talks National Survey, I wasn’t worried about being addicted to my phone.

My phone said I was averaging two hours, 23 minutes per day. That sounds pretty healthy, right?

However, the same Australia Talks data revealed that almost half of all Australians think they spend too much time online — and that was something I could certainly relate to.

So when work asked me (and my family) to embark on a week-long digital detox, I was keen.

I mostly thought it’d be a nice opportunity for the kids to steer clear of the screens. I knew it’d be testing at times (they’re six and eight) but they’d be better off for it.

And besides, I’d feel so smug about myself as a parent! We would all be winners.

“Sounds a bit crap, but OK,” my husband said.

And with that, we were all ready to unplug.

But the thing is, what I discovered about myself far outweighed anything I’d find out about my kids’ habits.

Here are five things I learned along the way.

I’ve never had any strict rules around screen time, but I had been wondering if maybe I should. In our home, we use a couple of apps for maths and reading, plus a streaming service for watching football and NRL.

That’s pretty much it. Digital technology isn’t really something we offer as a reward — we just lean on it when we need a break.

It probably won’t surprise any of you when I tell you that according to the Australia Talks data, most Australians (64 per cent, to be exact) think technology is having a negative impact on our kids.

I was one of them. I mean, what if they grow up not knowing how to be bored?

The message was clear: parents are battling with their kids over screen time, and the problem is only getting worse.

But for us, taking away digital tech for one week literally did not bother the boys at all.

In fact, they were better behaved and less moody because I wasn’t turning off any screens before school or at bedtime.

Thankfully, they’re pretty active boys and once they got home from school, were keen to go into the backyard and play with the dog, a footy or jump on the trampoline.

I’d like to attribute this to our awesome parenting or some deep-rooted value in free play. But it’s probably an age thing. And they’re pretty young, so we’ve avoided all gaming in the home.

On the weekend, they play football, go to the park, ride their bikes, play Lego and muck around with their matchbox cars. It’s usually loud, messy and downright exhausting if I’m being honest.

I know my boys struggle to sit still, so I’m certain that’s got something to do with it.

So, spoiler alert: the kids weren’t the problem.

If you’ve ever asked me how I’m doing, the response is usually, “Yeah, good. Just really busy”.

My husband and I both work full time, we drop off kids and pick them up from school, we drive them around to football, we cook dinner, clean, feed our pets, we wash lots of clothes.

And in the evenings, one of us might be ordering groceries online or checking school emails.

We both hate having to get involved in homework and find we’re often struggling to get the boys to bed by 7:30pm.

Then, once they’re asleep, we discuss how frantic the day has been. How we haven’t had a chance to go for a walk or catch up with our friend.

Mind you, we discuss all of this while we’re habitually scrolling through Instagram on the couch or checking more work emails or shopping for something online.

Even if you avoid social media, did you know that using tech and going online can be physically and emotionally draining?

When I stopped checking personal emails for a week, got off the socials and Netflix and couldn’t even look at my bank balance, I got a little bit bored. Ask anyone. I never get bored.

I think my brain was just so used to flicking through all my apps and streaming services whenever I had a free moment. And without all of that, there were sunsets, more conversations with my boys, more time to just chat and listen to kookaburras.

In fact, my husband and I both read a couple of books during the week that we enjoyed. One night, I started doing some random yoga in the living room.

It was a real wake-up call for us both, and ties in closely with my next big discovery.

3. I’m missing out on sleep my body craves

No matter how tired I think I am after work, it always take a while for me to fall asleep once my head hits the pillow.  I’m thinking of at least three different problems.

But once I was off technology, I found it easier to drift into sleep. In fact, I was ready for lights out by 9:30pm, rather than my usual 11pm.

We’ve all heard about the connection between blue light, tech at night and our sleeping patterns.

This to me was proof of that.

And I’m sure that because of this, my moods were better in the morning, I was a bit productive during the day, and I wasn’t as cranky at the kids.

As a bonus, ditching the screens in bed at night was definitely a good thing for our relationship.

Australia Talks data has revealed the damaging effect that phone use has on Australians’ sex lives, which I’m not surprised to discover. At all.

4. The mental load of checking everything was gone

And I truly mean that — it was a real treat not having to stay across my bank accounts or school emails or messages on Facebook.

We’ve talked about burnout a lot lately (especially since COVID) and it’s true that work isn’t the reason many of us are struggling.

Sometimes life just feels too…. much. Not terrible, just too much is going on and there’s too much in my brain.

For our family, chores and parenting are mostly split down the middle, which I must say is nice, considering the fact that women often tend to shoulder most of the mental load in their households.

So in that respect, I know I’m better off than many other women (not lucky though — women aren’t lucky if their partner does the bare minimum).

While not being able to transfer money in a few seconds was an inconvenience, it wasn’t a huge deal. We left everything in our main account and there was always a phone number handy in case we needed to call the bank.

And while we weren’t across social media or our personal emails, if anything super important surfaced someone would text us or call us.

In short, life went on without the bank app, the emails, the alerts, the sleep tracker, the Facebook invites, the online sales.

5. The kids haven’t been getting my full attention

And so we reach the the end of the experiment — and the big lesson for myself and my husband.

This meant while we were still working during the day, busily preparing meals or helping with homework, we weren’t juggling that with a need to check our phones for anything important at all.

What we lost in tech time, we made up for in conversation with our boys, board games in the evening, and playful behaviour on the weekend.

I didn’t check that work email outside of my regular hours and I wasn’t thinking of that thing I needed to sort out in the morning.

I had some very strong, mixed emotions about this. After all, what I thought about my lifestyle had been challenged.

I thought that anxiety, distraction and stress was the inevitable price I needed to paid for being a working mother.

But it was my own decision to not be fully present, and it was a habitual thing that could only be broken through a total detox.

The kids are alright. In fact, they’re getting our attention and it shows in the way they behave with each other and with us.

So it’s kind of embarrassing that it took a week-long experiment for me to wrap my head around that.

The Australia Talks National Survey asked 60,000 Australians about their lives and what keeps them up at night. Use our interactive tool to see the results and how your answers compare.

On iview, watch the Australia Talks TV special, as hosts Annabel Crabb and Nazeem Hussain take you through the key findings and explore the survey with some of Australia’s best-loved celebrities. 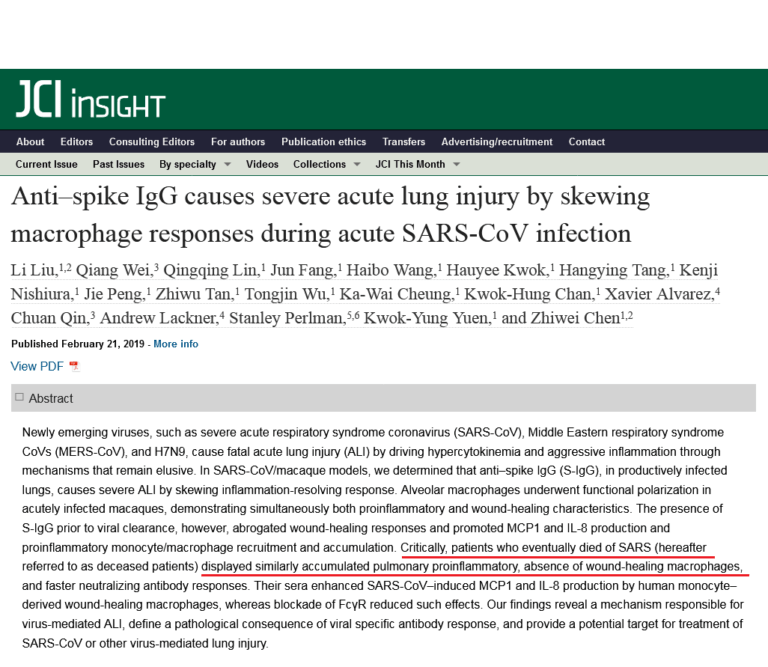 By TONY MOBILIFINITISSCIENTISTS have long-known about the serious problems with 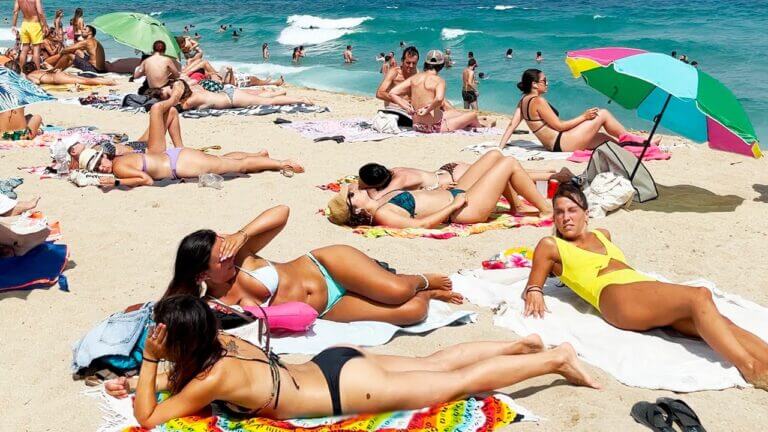 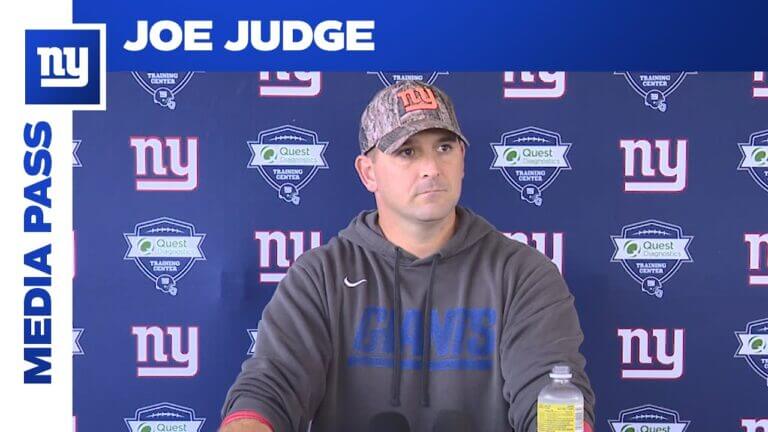 Head Coach Joe Judge addresses the media Monday as the 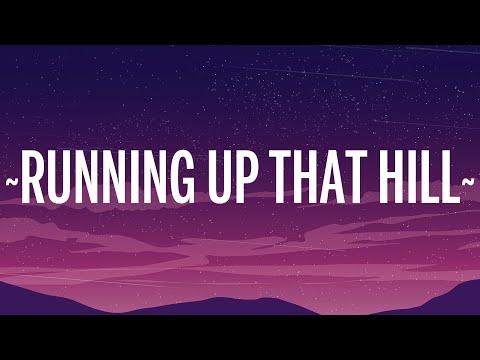