I generally have a queue of work to do on any given day, but I knew that I had to interrupt it all and do this Intuitive Fasting review.

Intuitive Fasting isn’t a large book (thank goodness). Around half of it is recipes, the other half, the actual 4-week plan that Cole has devised.

But can fasting be intuitive? And that whole fasting-intuitive eating thing…yeah, I get it. Something feels off.

I think the last line in Will Cole’s introduction says it all:

This, in a book with a fasting regimen, meal plans, and ‘daily eating schedules.’

What is Intuitive Fasting?

Cole tells us that when we teach our body to switch effortlessly between fuels (fats and carbs, to be exact), otherwise known as metabolic flexibility, we can then eat – and not eat – intuitively. He literally says, ‘‘metabolic flexibility is the key to intuitive eating.’

Except that Cole we should be fasting and following his diet at the same time.

Intuitive Eating has 10 principles, and I’m pretty sure none of them have anything to do with encouraging people to fast, or follow a diet.

In Chapter 3, Cole makes the big sell with his ‘5 Key Benefits of Intuitive Fasting.’

Cole plugs his other book, Ketotarian, while tells us what we should be eating to intuitively fast. Grass-fed butter and ghee, berries, pasture-raised eggs. Of course, this isn’t a diet for poor people.

Throughout the book, Cole likes to double down on the privilege with his moralistic wellness terms like ‘real food,’ ‘clean food,’ ‘detox’ ‘sugar addiction,’ ‘clean carb-up days.’

How very unintuitive of him.

Let’s talk about metabolic flexibility for a second, because it’s one of the pillars of Cole’s plan. I covered it in more detail in my Lumen review, but here’s the gist.

The concept of metabolic flexibility – how easily the body switches between using carbs or fat for fuel – is often talked about in keto and fasting circles (and on goop.com, shocker).

We know that metabolic inflexibility is associated – read – maybe not the cause of – with several diseases and conditions, such as diabetes, heart disease, and metabolic syndrome.

We suspect that chronic inflammation can trigger metabolic inflexibility.

Cole states that during this week, you’ll ‘switch from burning dirty sugar for fuel to burning clean fat…and go through a metabolic detox.’

Why are functional medicine people hell-bent on inserting the words ‘metabolic’ and ‘detox’ into every sentence they can? In this case, and in many others, the phrase ‘metabolic detox’ makes no sense.

Week One is called ‘Reset,’ which includes a 12-hour fast, and an eating plan that’s ultra low in calories. Chia pudding for breakfast at 7am, kale and blueberry salad for lunch at noon, dark chocolate almond bar at 230pm, and dinner of skewed tuna for dinner at 6pm.

This week is called ‘Recharge,’ and is about ‘recharging your metabolism.’

If you’ve followed me for any length of time, you’ll know that we can’t reset/recharge our metabolism like it’s some sort of electronic device. The concept is beyond absurd, but in this week, Cole increases the fasting hours to between 14 and 18 a day to supposedly achieve this ‘goal.’

His sample meal plan for this week goes like this:

No breakfast except for tea, coffee, or water.

Kale caesar salad with eggs for lunch at noon. A smoothie and some macadamia nuts at 230pm, and for dinner, ‘buttery sea scallops on garlic snow peas with jicama and fresh mint salad’ at 530pm.

THE PRIVILEGE. I can’t.

My husband is staring at me right now, because I’m holding my head in my hands and screaming.

This week also introduces ‘clean carb-cycling’ – introducing some ‘higher carb’ days. You’re allowed between 75-150 grams of carbs (high-er, but still low-carb, FYI), and only at night ‘to avoid throwing your metabolism off’ – meaningless.

Cole says that we might feel ‘initial fatigue’ and crankiness during this week. No kidding…it’s starvation. And if you don’t complete at least one 18-hour fast during this week, he wants you to repeat Week 2.

This week is called ‘Renew,’ and is all about ‘cellular renewal.’

Oh, goody. Now, we’re getting into the real pseudoscience.

Have you ever noticed that holistic/integrative/functional docs love to throw around the phrase ‘cellular X’? It’s because it sounds sciencey, but often has no meaning.

This week is all about the 20-22 hour fast every other day (the other days are 12:12) – because ‘this week is when the advantages of fasting get serious – where we really talk about disease prevention, longevity, increasing stem cells, and decreasing cellular aging.’

His words, not mine.

Alright then. Anyone can lead an all-day fast, but I want to see some research on Cole’s claims.

It turns out, Cole is a huge fan of animal (A) and lab dish studies (L), which figure greatly in his citations. He has some human studies in there (H), but they’re short and unrelated to his claims.

If you’re going to insinuate that your diet prevents diseases like depression (A), (L), autoimmune diseases like MS (A) and RA; cancer (H), and Alzheimers (A), you’d better be giving me good studies to back those allegations up.

Ever the used-car salesman, Cole tries to convince us that he has something important to say by making extrapolations that haven’t been proven, like this: ‘chronic stress and inflammation are linked to increased permeability in the blood brain barrier, and therefore it’s possible that this could lead to brain problems…the lost of BBB integrity can overactivate the brain’s microglia cells…’

This sounds great to the untrained ear, but is not proof of anything he’s claiming.

Intermittent fasting does have some positive science behind it, for sure. But Cole is a master overreacher, often stretching to make his claims appear legit.

And wait: he’s talking about hormone balancing! This book is like a parody of every functional medicine doctor’s practice. He gives us some very brief, pretty unremarkable information about sex hormones and the HPA axis in this chapter. Eh.

After the 4 weeks, Cole recommends following the Ketotarian diet (buy his book!), with the ‘clean carb cycle.’

In Chapter 9, Cole gives us the very-privileged, high-priced and full of niche food lists we need for a ‘Ketotarian lifestyle.’ It’s all very predictable, from the MCT oil to the ‘hempeh’ and sacha inchi seed powder.

He lists a bunch of wild, pole-caught ‘clean fish,’ and says the best fruit choices are berries, lemons, and limes (as if anyone eats a lemon on its own).

He does recommend legumes for the higher carb days, which is good.

But don’t get smug, because here comes the ‘do not eat’ list for the four weeks and beyond:

Any sugar and artificial sweeteners.

Gluten, which is a ‘troublesome protein’ which one study ‘links to 55 different chronic diseases.’ Cole believes everyone should be tested for gluten intolerance.

Dairy, which is ‘one of the most common allergens in our society.’ He then goes on to talk about lactose intolerance, making it clear that he has no idea about the difference between an allergy and an intolerance. This doesn’t shock me.

He goes on to say the usual BS about dairy and inflammation, blah blah blah,

Cole loves to capitalize on common wellness lies that have no basis in science. Here are a few from the book:

Water before eating can interfere with digestion.

Drinking cold water can be a shock to the body and cause cramps.

He claims that if you’re craving candy, carbs, or caffeine, this isn’t your intuition, but merely signals in your body that have ‘gone haywire.’

This is patently untrue in most cases. Cravings aren’t a signal that there’s something wrong with you or, your body.

He neglects to mention that cravings aren’t the same as hunger, and often stem from an emotional place – not ‘haywire signals.’ But Cole doesn’t care about the emotional side of things, because that’s not going to earn him money.

All complete garbage. And so is the pep talk Cole gives us at the end of the plan:

He talks about food peace and self-respect, the ‘absence of obsessive shaming thoughts and anxiety’ about food (because buttered scallops and ‘clean carbs’ always fix that).

He gives us the talk about ‘radiant wellness’ and ‘grace and lightness’ that we supposedly get from his cockamamie plan. He tells us that after these 4 weeks, he wants us to ‘bloom wildly’ – I think my soul just threw up a bit.

His book jacket features quotes from some of the biggest charlatans out there, including Mark Hyman, Alejandro Junger, Josh Axe (I’d be embarrassed to have that guy on the cover of my book…which BTW, features legit experts), Jason Fung, Elle Macpherson (how did she make it on there), and of course, the queen of wellness grift, Gwyneth Paltrow.

The Intuitive Fasting plan is intermittent fasting, sort-of ketogenic, carb-cycling, privileged, overreaching, and shoddily researched. Some of the research Cole presents is legit, but it’s often unrelated and doesn’t support his plan.

Co-opting Intuitive Eating’s name for what’s definitely a diet book is gross and disingenuous. You don’t ‘make peace with food’ by putting yourself on another diet that’s based on complete trash garbage BS.

The book’s title has caused such an outrage, and rightly so – Intuitive Fasting is clearly a play on Intuitive Eating, but a cheap play at that. The two couldn’t be more different, and the use of this language in the title is pretty disgusting and offensive.

Intuitive Eating has helped a lot of people through their negative relationship with food and their bodies. It goes without saying: common decency dictates that a diet book should never try to gain traction by drafting behind a non-diet book’s success.

But money, y’all. It’s a powerful motivator, I guess, especially for a ‘wellness guru’ like Cole.

There is nothing ‘intuitive’ about this plan at all. Telling people that they can eat what they intuitively desire and need, while at the same time giving them a diet, is shameful, harmful, and disgusting.

And, as an aside: releasing a book like this during a pandemic when hundreds of thousands of people are struggling to EAT is brutal.

This is just another diet, as you might have guessed. Stay far away. 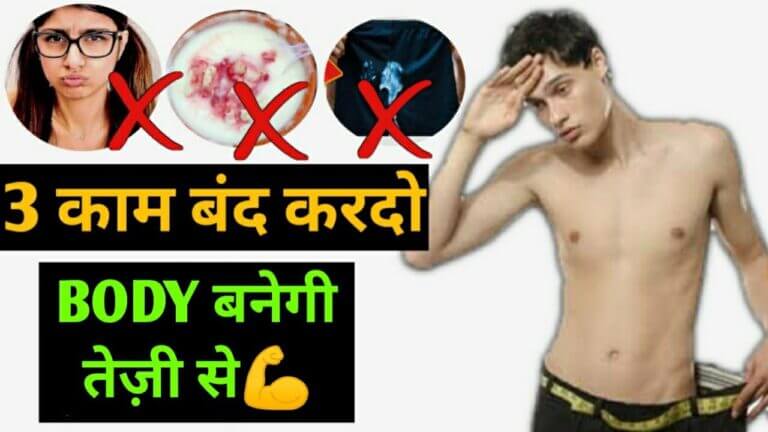 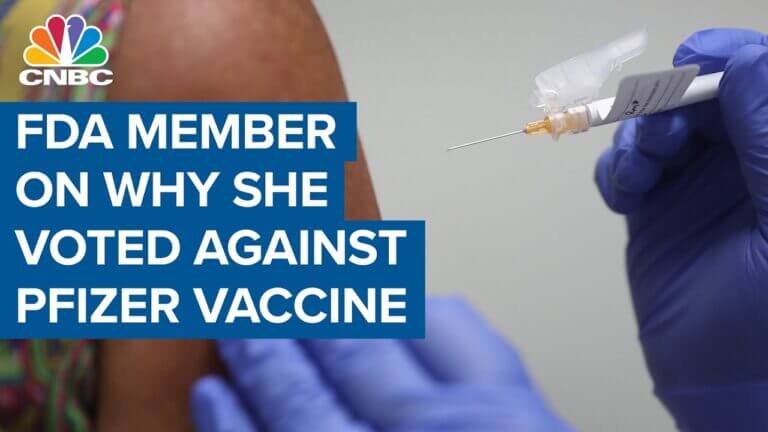 FDA member on why she voted against Pfizer vaccine

Not every member of the FDA advisory panel voted in