Is organic food better? I know you have heard the marketing. It is more nutritious. It is healthier. It is better for the environment. But is any of that really true? How much of this is marketing hype by both companies and pro-organic groups, and what is the real science behind organic food.

Let’s get the facts about organic food.

What is Organic Food

Some people think that organic food is food that is grown organically. You might grow such food in your back yard but that is not officially ‘organic food’. Let’s be clear about this point. When most people talk about organic food they are taking about certified organic food. Food can only be stamped organic if the grower is certified organic and if they follow all of the rules in the “organic certification’ manual.

Your back yard garden does not produce organic food no matter how organically you grow it.

The actual definition is quite complex, but in short it is food that is grown without synthetic chemicals, although the definition of what is synthetic might surprise you. Some manufactured chemicals are considered synthetic and others are not. For example copper sulfate is considered “organic’ even though it is manufactured. The most common method uses recycled copper metal scraps and adds sulfur, which is then purified into copper sulfate.

Each of these topics have been reviewed by many reliable authorities and so I won’t be going into detail on them. My goal is to summarize what we know about organic food today.

There have been numerous studies on this and many people, including food experts like chefs, and nutritional experts, think organic food tastes better because it is grown more naturally. They believe that the organic treatment of soil transfers extra flavor into the food. The reality is that “most studies report no consistent or significant differences in taste“.

Cornell University offered pairs of food to volunteers, who were told one was organic and the other was not. In reality both were identical and organic. Most volunteers rated the organic choice as better tasting than the one labeled non-organic. Organic marketing has promoted this ‘halo effect’ and many consumers now believe it, but belief is not truth.

Taste has much more to do with freshness/ripeness and cultivar selection than how it is grown.

Organic food is grown with compost and manure which add important ingredients to soil, that synthetic fertilizer just can’t match. Organic builds a healthy soil system full of microbes and fungi all helping food to become more nutritious – or so the story goes. But is any of this true? Is the resulting food more nutritious?

In 2012, Stanford’s Center for Health Policy did a very comprehensive meta-analysis of existing studies comparing organic and conventional foods. They did not find strong evidence that organic foods are more nutritious than conventional alternatives.

Vitamin content was not higher. Phosphorus was significantly higher in organic food, but few people have a phosphorus deficiency; this has little clinical significance. Protein and fat contents were the same in both organic and conventional milk. A few studies did show a higher level of omega-3 fatty acids.

One thing is clear. Fresh food is more nutritious than food that has sat around for a while and this may be a bigger factor than how it is grown.

A major concern of conventional food is the exposure to synthetic chemicals, including fertilizer, pesticides and medication given to farm animals.

There are very few studies that have actually looked at overall health and compared people eating mostly organic to those eating mostly conventional.

A lack of chemistry knowledge leads people to think that synthetic fertilizer is somehow inferior to organic fertilizer like manure and compost, but there is no scientific basis for this. Both types of fertilizer must release nutrients in plant-available forms before plants can use them. Once in this form – both sources are identical as far as nutrients go. Neither one produces healthier food than the other.

A very common belief is that organic food is grown without pesticides. That is completely false. Organic certified farmers can, and do, use a list of “approved” pesticides like copper sulfate and pyrethrin. What many consumers do not understand is that these organic pesticides can be more toxic than many of todays synthetic pesticides. Not only that, but the organic ones are less effective, which means they are applied more frequently and at higher doses. The dose makes the poison.

Certified organic farmers are allowed to use copper sulfate which has caused liver disease in farm workers, and they can use pyrethrin, which increases the risk of leukemia.

The other important fact is that plants produce a vast number of natural pesticides – that is how they keep bugs from eating them. When you eat fruit or vegetables, 99.99% of the pesticides you consume are natural pesticides and these are the same in both types of food. The remaining 0.01% are man-made. Solanine is one of these natural pesticides. Potatoes produce it when they go green and even small amounts can make you sick.

It is true that conventional fruits and vegetables have a higher amount of synthetic pesticides on them, but the amounts are extremely small and well below any safety limits. Today’s tests are so sensitive that they can find almost any chemical anywhere – but that means nothing about health issues.

Organic Alberta, a group educating consumers about organic food, said, “the long term effects on human health of trace amounts of antibiotics in food have been difficult to determine”. Translation: there is no evidence of a problem.

“Contrary to what you may think, the chances of you actually consuming antibiotics through animal foods is extremely low”. The US, Canada, Australia and the European Union have strict laws that prevent contaminated meat from entering the food chain. If an animal is given an antibiotic, it must go through a drug withdrawal period before it can be sold as food. Testing by the USDA, in 2010, found less than 0.8% of animal food products to be positive for some form of contamination, including antibiotic residue, and these were removed from the food chain.

Even if there is some exposure to antibiotics, there is no evidence that they cause any health issues.

The overuse of antibiotics in both animals and humans is a significant concern because they can lead to resistant strains of bacteria.

Is Organic Better for the Environment?

Organic food does not taste better and it is not healthier for you, but surely it is a more sustainable way to grow food? It has got to be better for the environment?

The organic food industry has done a good job of convincing you of this and they even produce reports showing you how bad conventional agriculture is for the environment. Just think of all those oil-based synthetic fertilizers! Check out this link – it is mostly a myth.

The problem with many of these reports is that they don’t look at the big picture. Sure, a single small farm may be sustainable, provided you don’t count the manure that comes from another farm, or the impact of trying to grow food for a large population from this one farm, but when you look at the big picture, it is not so rosy.

Effect on the Environment

A single organic farm does use less electrical energy and produces fewer greenhouse gases. The problem is that organic farms are much less productive because they don’t use synthetic fertilizers and pesticides. In order for an organic farm to produce the same as a conventional farm they need to use much more land. Producing organic milk requires 59% more land, organic meat, 82% more land and organic grains require 200+% more land.

If an organic certified farmer has a choice between doing something that is better for the environment or following strict certification rules, they have to follow the rules. For example, some of the modern pesticides are more effective, require lower application rates, are safer than organic options and they cause less harm to the environment. A certified farmer is still not allowed to use them even though they are the most sustainable option. Synthetic fertilizer can grow better animal feed, on a smaller area of land, but organic farms can’t feed it to their cows. Organic certification is not always good choice for the environment.

You might think that animals on organic farms are healthier than regular farms. They eat organic food, have less medications and are allowed to roam at will.

A five-year US study of dairy farms showed that the health of animals is the same on conventional and organic farms. A Norwegian Scientific Committee for Food Safety reached a similar conclusion when it reported no difference in disease occurrence. Pigs and poultry have better access to open areas on organic farms but this freedom also increases their exposure to parasites, pathogens and predators.

Jacy Reese, senior fellow at the think tank Sentience Politics, said, “In my view, the bigger downside to organic meat is the harm it does to animals.”

Certified organic food in the US and Canada do not contain GMOs. “The European Union prohibits farmers from growing GMOs“. This is a big deal to some consumers but the facts do not support their concern.

First of all, most fruits and vegetables are not available in a GMO form and GMO produced food is mostly used in manufacturing processed foods. So the majority of fresh food from conventional sources is also “non-GMO”.

Secondly, scientists are in almost universal agreement that GMO food poses no health risks. If you want to know more about this see GMO Myths – Understanding the Truth about GMO Plants.

The fear of GMO is a poor reason to buy organic food.

These local farmers do not need to be certified organic, they just need to farm in an organic/sustainable way. I actually think that certification produces food that is “less organic” than some convention farms. It is certainly less “organic” than the food I grow in my backyard. But you do have to get to know the farmer so you trust them.

Don’t be fooled by local farm markets. Many of the sellers in those stalls are importing food from who knows where and reselling it. Today, much of the produce at local markets is not local and it is not grown by the people selling it.

Is Organic Food Worth More Money?

The only benefit you get when you buy organic, is that you support organic farmers.

Organic food does not taste better, it is not more nutritious, and it is not better for the environment. If you want to be more organic, take that extra cash and plant a tree. Even if you fertilize it with synthetic fertilizer, you will be more organic. 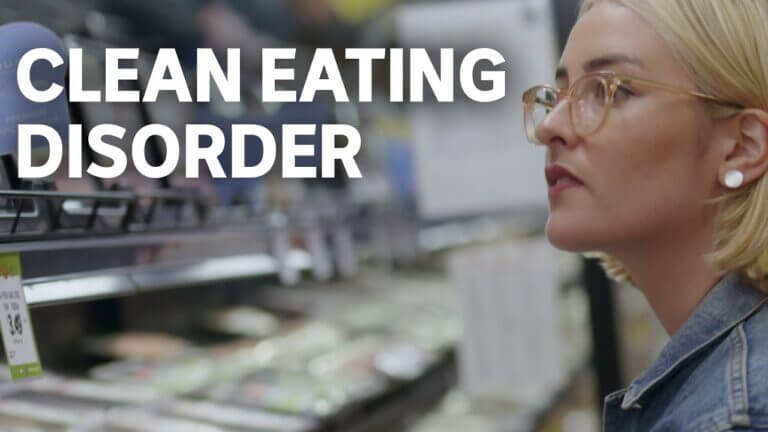 A new form of eating disorder is on the rise 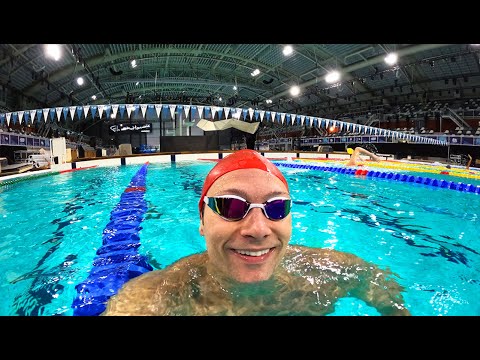 Thank you BetterHelp for sponsoring today’s video! Click here for 10% off 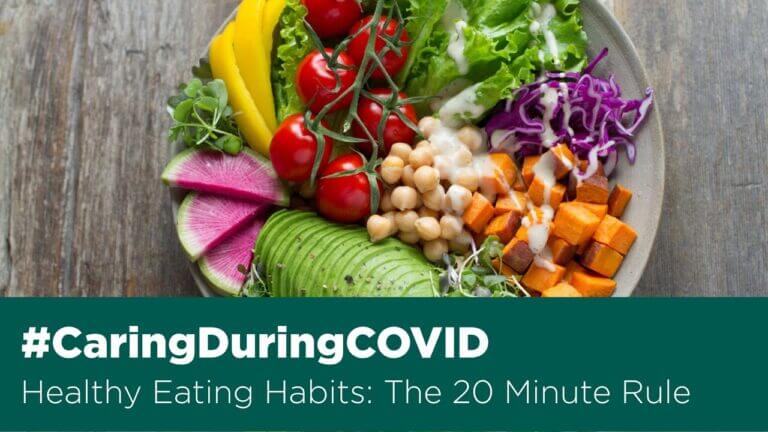