Is Saturated Fat Actually Bad for You? Here’s What Science Says

There’s no nutrient with a more contentious history than saturated fat. For ages, the guidance around this type of fat was the public health messaging equivalent of a 5-alarm fire. Dutifully, folks banished bacon and eggs from their plates for fear that these foods were a one-way ticket to heart disease.

Then, more recently, it seemed like the tide was turning. Suddenly sat fat was in vogue. Call off the carbs and bring on the butter, the research appeared to say — sat fat is A-OK for heart health.

Now, science is giving us a more nuanced view of saturated fat. Like many nutrients, this one’s effects aren’t black and white. Here’s what we know about saturated fat and health.

Is saturated fat bad for you?

Is saturated fat Heart Attack Central? Or are you free to load up on burgers and fudge with nary a care? According to the most updated research, the answer isn’t perfectly clear-cut. Saturated fat’s health effects are extremely complex, so it shouldn’t be labeled all good or all bad.

What is saturated fat?

Let’s nerd out for a moment with a bit of very simplified chemistry. There are three different types of fats — saturated, unsaturated, and trans fats — all of which are composed of a mix of carbon, hydrogen, and oxygen molecules. But whereas unsaturated fats lack some hydrogen atoms and have at least one double bond between carbons, saturated fats are fully loaded with hydrogen atoms.

Where’s the sat fat at? You’ll find it in these types of foods:

There’s a reason fat holds a place in the trifecta of necessary macronutrients, along with and carbs. Whether saturated or unsaturated, it performs tons of critical functions in the body.

All fats provide energy, support the growth of your cells, help produce and regulate hormones, and allow you to absorb nutrients. (The fat-soluble vitamins A, D, E, and K won’t do much for you unless they have fat to chauffeur them through your bloodstream.) Plus, fat cushions your organs, so your liver and kidneys don’t reverberate around your rib cage when you fall off your bike. (Thanks, fat!)

Just because all types of fat provide benefits, that doesn’t mean they’re all created equal for your health. Over the years, saturated fat has raised some major red flags. Research is still working out the kinks on exactly how it affects health, but here’s a crash course in the latest science.

A short-term inflammatory process can help the body heal, but when it turns chronic, we’ve got probs — and sat fat might exacerbate them.

While research shows that monounsaturated fats and some polyunsaturated fats (like omega-3s) might help quell inflammation, that’s not the case with saturated fat. Some evidence indicates that sat fats actually promote inflammation. The not-so-fun reason why? They appear to mimic the action of bacterial toxins in the bloodstream.

Then again, the evidence for sat fats’ pro-inflammatory properties isn’t totally clear. A study from 2017, for example, looked at the diets of people with obesity and overweight. The researchers concluded that saturated fat in their diets wasn’t associated with extra inflammation.

Still, since the benefits of other types of fat (the monounsaturated and omega-3 kinds) are more well-established, eating more of them — and less saturated fat — is the best bet if you wanna tame the inflammatory beast.

May raise your risk of cardiovascular disease

When it comes to sat fat and health, the “food fight” always comes back to your heart. Cardiovascular health is the primary topic of research around saturated fat.

According to the American Heart Association (AHA), lots of high quality clinical studies have followed people who ate a low saturated, high unsaturated fat diet for years. Their conclusions? These types of eaters are less likely to experience cardiovascular disease, diabetes, and other causes of death. Some studies have even likened the effects of a lower saturated fat diet to statin drugs.

This most likely has to do with saturated fat’s impact on blood cholesterol. Researchers have long known that saturated fats raise LDL cholesterol — as in, the bad kind that can muck up your arteries, predisposing you to heart attacks and stroke. Research also shows that sat fat increases a protein called apolipoprotein B (ApoB). This protein is part of LDL cholesterol and is considered a strong predictor of heart disease.

Not surprisingly, a joint report issued in 2019 by the AHA and the American College of Cardiology recommended minimizing saturated fat to prevent cardiovascular disease. (Though sat fat wasn’t the only offender! The report also pointed the finger at trans fats, added sugars, red meat, and .)

Then again, not all research agrees. A 2017 study that tracked thousands of subjects in 18 countries for a median of 7.4 years found no association between the type of fat people ate and whether they developed heart disease.

Despite the scientific whiplash, one take-home message is relatively clear. Rather than ban saturated fat from your diet (or replace it with empty carbs), it appears that replacing saturated fats with unsaturated ones wherever possible is the better solution for heart health. Translation: Grab the olive oil, baby, and get cookin’!

Besides possibly bumping up inflammation and clogging your arteries, sat fat’s been in the line of fire for other potential drawbacks, too. Some research has raised concerns that a high saturated fat diet might increase the risk of cancer, Alzheimer’s disease, and respiratory disease.

For now, there’s not enough evidence to make sweeping conclusions about how sat fat affects these conditions. Future research will have to sort out exactly how this particular nutrient might impact these (or other) health problems.

What kinds of fats do we need?

OK, so we know we need fat, but which types? And how much?

First up: The body doesn’t need trans fats — they’re actually harmful when consumed regularly — so you can nix them from your eating plan. They’re harder to find nowadays anyway. For a healthier diet, it’s best to focus on mono- and polyunsaturated fats. (Are you sensing a theme here?) You’ll find these in foods like fatty fish, avocados, olive oil, and nuts, to name a few.

Of course, if you do end up eating some sat fat, it’s not the end of the world. According to the American Heart Association (AHA), a heart-healthy diet can include a pretty generous allowance (up to 5 to 6 percent of your daily calories) from of this type of fat.

The Dietary Guidelines for Americans offer an even more liberal sat fat quota of up to 10 percent of daily calories. In a 2,000 calorie per day diet, that’s 22 grams (200 calories) from sat fat in the form of pizza, cookies, ice cream, or other fave foods.

Should I eat a low fat diet?

Unless you have a medical reason to eat a low fat diet, you don’t need to drop saturated fat like a hot potato (or, um a hot coconut?). In fact, some experts actually believe that the low fat craze of the ’70s, ’80s, and ’90s fueled the obesity epidemic, since avoiding fat led people to overconsume refined carbohydrates. (And let’s be real: Low fat cheese and cookies aren’t exactly delish. You probably want to keep fat in your diet for its flavoring properties alone.)

Because fat is a critical nutrient for so many aspects of health, it’s important to get enough of it. According to the Institutes of Medicine, which sets the Dietary Reference Intakes (DRIs) for macronutrients, 20 to 35 percent of daily calories from fat is a good target.

Someday, research may be able to settle the question of exactly what saturated fat does and doesn’t do for health — and exactly how much of it we should all be eating. But for now, we’ll have to live with a little tension, knowing that it’s not a dietary superhero, but might not be a total villain, either.

Meanwhile, in the real world, we eat foods, not nutrients. (And aren’t you glad?) Rather than focusing with laser precision on saturated fat, most of us would do better to think in terms of healthy, whole foods and overall eating patterns. 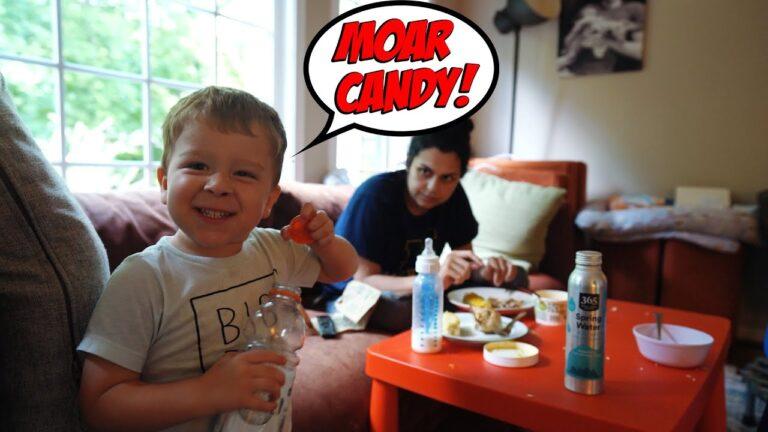 Healthy Eating with a Family – Keto Diet Day of Eating 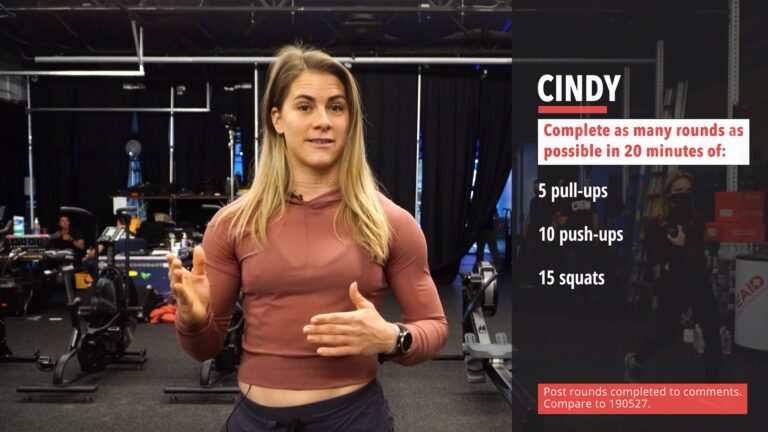 Complete as many rounds as possible in 20 minutes of: 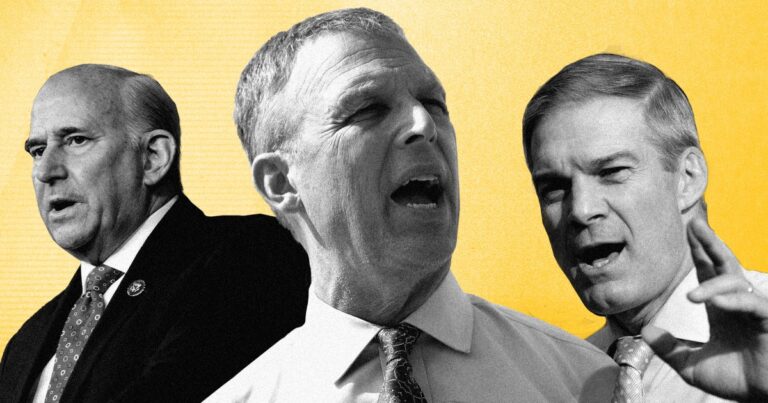 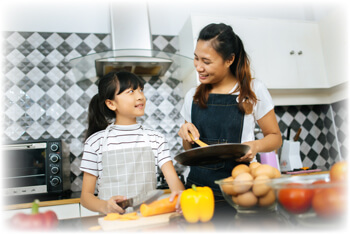 An Account of Our Research Process and Findings By Irene