Long before the pandemic took the lives of more than 5.6 million people and created a lucrative market for COVID grifts, misinformation, and snake oil, there was Goop.

The aspirational lifestyle brand and its lustrous “contextual commerce” products are helmed by actor Gwyneth Paltrow, who has used her fame, wealth, and enviable genetics to peddle all manner of wellness pseudoscience and quackery. With the manipulative mantra of “empowering” women to seize control of their health and destinies, Paltrow’s Goop has touted extremely questionable—if not downright dangerous—products. Perhaps the most notorious is the jade egg, a $66 egg-shaped rock Goop advised women to shove up their vaginas while claiming it could treat medical conditions, “detox” lady bits, and invigorate mystical life forces (of course).

But let’s not forget the $135 “Implant O’Rama” enema device intended to squirt scalding coffee into your colon, the $90 luxury vitamins that almost certainly do nothing, or the $85 “medicine bag” of small, polished rocks that Goop suggests have magical wellness properties. Then there was the bee-sting therapy—no, not therapy for bee stings but therapy imparted from bee stings. Paltrow personally endorsed the practice, which was blamed for the death of a 55-year-old Spanish woman in 2018.

And, of course, Goop embraces the long-standing hokum known as homeopathy, which essentially claims ritualized dilutions of poisons can cure disease and anthropomorphic water molecules can remember how to heal you. (A startling number of homeopathic products are for sale in the US, including baby teething tablets and gels linked to the deaths of 10 infants and poisonings of 400 others.)

Since Goop’s pre-pandemic heyday of generating startling headlines with brazen balderdash, the company has toned down some of its marketing, added disclaimers to products and endorsements, settled lawsuits, and paid out six-figure penalties for making false health claims. But in case you’re concerned that any of this hurt Goop’s bottom line or had Paltrow reconsidering her business, don’t worry. As of late last year, Goop was valued at more than $430 million. The Goop website is still happy to tell you that your liver and kidneys don’t work and you need to “detox.”

Alas, Goop’s success is yet another example of how hawking misinformation, pseudoscience, and nostrum to the disaffected is extremely lucrative. Though, to be fair, most peddlers of nonsense don’t have anything close to Paltrow’s glamorous flare. In fact, as Goop responded to backlash from health experts in 2017, we all got to witness the Oscar winner-turned-CEO’s deft defense of her chic bottles of snake oil. It was truly a master class of elite-level quackery—one that clearly reverberates today.

Paltrow’s 2017 defense of Goop sprung to my mind as I read the transcript of Joe Rogan’s recent nonapology for hosting, elevating, and endorsing an endless stream of harmful misinformation about COVID-19 on his $100 million podcast. Among other things, he has promoted unproven and potentially dangerous treatments, spread falsehoods and misinformation about vaccines, and downplayed the risks of the virus, which—again—has killed more than 5.6 million people worldwide and counting.

Instead, I’ll focus on his defense of platforming misinformation because, just like Paltrow’s defense of Goop, Rogan’s rationalizations are a modern, skillful take on a classic snake oil sales pitch. In fact, if you plucked sentences from each without attribution, you’d have a killer quackery-themed Mad Libs, as well as a challenging guessing game of “who said it best?”

To start, the Paltrows and Rogans of the world just want to ask questions and have conversations to get to the truth—like, the real truth. Rogan is famous for defending misinformation presented on his podcast by saying he’s “just asking questions.” In addressing the Spotify controversy on Instagram, Rogan repeatedly noted that his podcast is “just conversations.”

“We always welcome conversation,” Paltrow agreed back in 2017. “That’s at the core of what we’re trying to do. What we don’t welcome is the idea that questions are not OK. Being dismissive… seems like the most dangerous practice of all.”

Being dismissive of debunked, absurd, or verifiably incorrect ideas is bad because, well, maybe those ideas are actually correct, Paltrow and Rogan seemed to suggest. You never know until you ask! “Asking questions is the job of all of us,” Paltrow emphasized. “There is much that we do not know.”

And of course, one can’t always just ask experts what the answers are and take them at face value. People should do their own research and figure things out on their own to be sure they can completely trust that information, Paltrow and Rogan argued. “I’m interested in finding out what is correct and also finding out how people come to these conclusions and what the facts are,” Rogan explained.

Paltrow echoed the point: “We simply want information; we want autonomy over our health. That’s why we do unfiltered Q&As, so you can hear directly from doctors; we see no reason to interpret or influence what they’re saying to tell you what to think.”

After all, expertise is a slippery business; it’s both something to be skeptical of and something to bolster whatever your opinion is, according to Rogan and Paltrow. For instance, highly credentialed, intelligent, and accomplished experts often come to a scientific consensus based on current evidence and sound analysis, forming a mainstream opinion. Yet fringe scientists who spout misleading information or falsehoods or have a clear agenda could still be worth amplifying because, as Paltrow and Rogan argued, they do have fancy credentials, too. As Rogan noted of two particularly troubling guests of his show, “These people are very highly credentialed, very intelligent, very accomplished people. And they have an opinion that’s different from the mainstream narrative.”

Paltrow presented a similar conundrum. “These are the doctors we regularly feature on Goop: doctors who publish in peer-reviewed journals; doctors who trained at the best institutions; doctors who are repeatedly at the forefront of medicine; doctors who persistently and aggressively maintain an open mind,” she said.

With expertise in question, the slippery slope into misinformation continued as both questioned whether evidence-based medicine and scientific consensus can even be trusted at all. “The thing about science and medicine is that it evolves all the time,” Paltrow noted. “Studies and beliefs that we held sacred even in the last decade have since been proven to be unequivocally false, and sometimes even harmful,” she added, without providing any examples of such disproven “sacred” scientific “beliefs.”

Rogan, too, made such a claim. “The problem I have with the term ‘misinformation,’ especially today, is that many of the things that we thought of as misinformation just a short while ago are now accepted as fact,” Rogan said.

In this world where conversations are always innocent, facts can’t be verified, experts can’t be vetted, and science can’t be trusted, there’s a lot of room to peddle unproven products and harmful misinformation. It’s exactly the world Paltrow and Rogan want you to buy into.

“I want to show all kinds of opinions so that we can all figure out what’s going on—and not just about COVID, about everything about health, about fitness, wellness, the state of the world itself,” Rogan said.

In the meantime, you can check out products from a health company he promotes called Onnit, which sells Alpha Brain Black Label vitamins for $124.95 per 80-count bottle. There’s also the $147.95 Quad Mace, which Onnit claims has origins in ancient Persia and represents the company’s embrace of various “training modalities.” 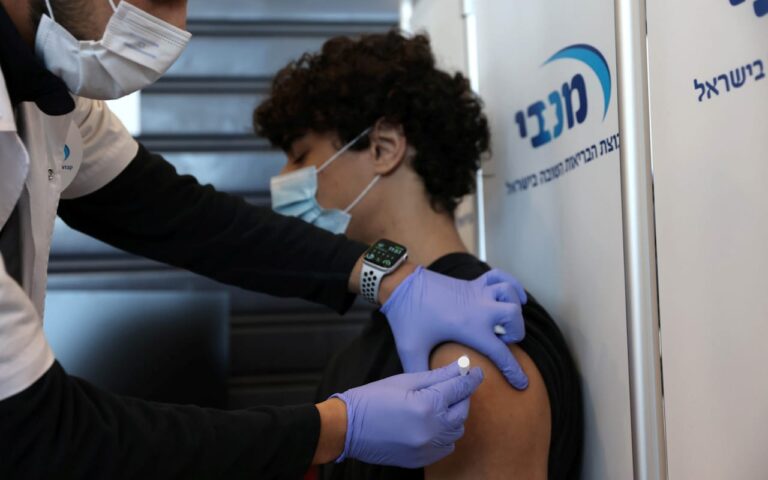 An Israeli teenager receives a vaccination against the coronavirus disease 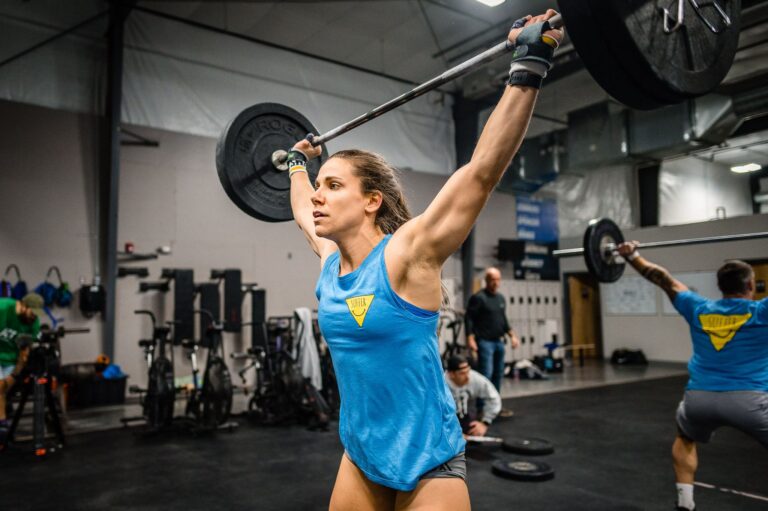 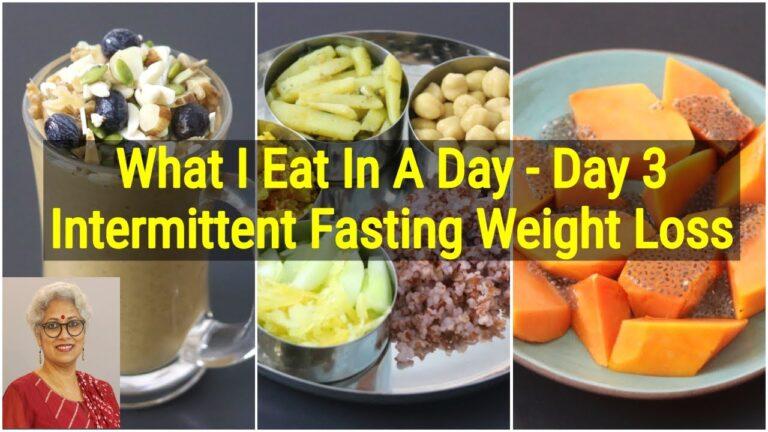 what i eat in a day when i am intermittent 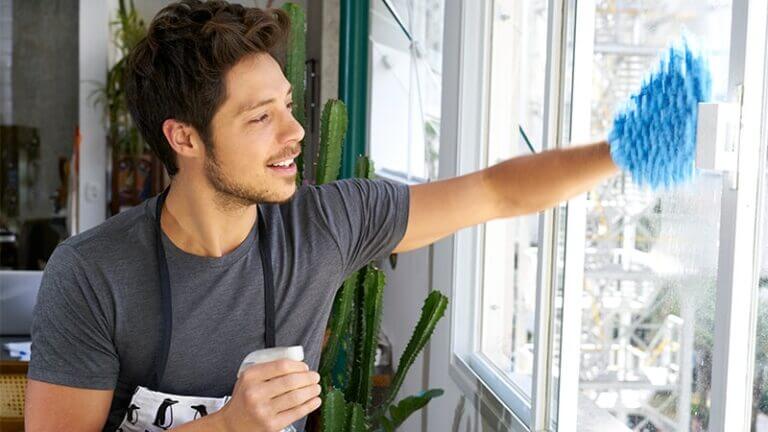