That was the day that former Secretary of State and former CIA Director Mike Pompeo, 58, decided to make serious changes to his life to lose weight.

The day before, Pompeo stepped on the scale and weighed in at nearly 300 pounds, a first for him.

The day after weighing in, Pompeo told his wife, “Today is the day.”

Pompeo said that he put money toward a home gym and that he tries to spend time in there as frequently as possible.

“I started exercising, not every day, but nearly every day, and eating right and the weight just started to come off,” Pompeo told the New York Post. “I tried to get down there five, six times a week and stay at it for a half-hour or so. And that was nothing scientific. There was no trainer, there was no dietician. It was just me.”

Pompeo said that his weight started to become an issue after getting elected to Congress in 2010 and that it’s always been hard for him to lose it.

“For me it’s about getting it right and being sufficiently disciplined,” Pompeo continued.

He said that he chooses much healthier food options when he goes out to eat with his family.

“For our family, food is where we gather. We are Italian and we like to get together around a good meal of pasta and bread and cheeses and dessert. We are still going to enjoy these big meals with family and friends except I am going to be the guy that says, ‘Yeah, I’ll have a salad,’” he said. “It was a virtuous cycle instead of the vicious one that I had been in, and I’ve managed to lose the high side of 90 pounds in six months.”

“I put on almost a hundred pounds over the course of 10, 11 years — years that coincided with my foot injury — so I told myself that was the reason I gained so much weight,” he said. “The joint just wore out.”

“It is hard, and it’s not permanent. There’s no guarantees that I’ll still be at whatever I weigh now, but if you realize that good things can happen if you keep at it, you can do it as well,” Pompeo said. “The biggest benefit I had in this journey was an enormously supportive wife and family. Everybody supported my effort to get healthy, which was the real focus.”

When asked if he dropped the weight to get ready to run for president, Pompeo said that he is gearing up for years well beyond then and not for political reasons.

“My son’s getting married in July, and I wanted to be healthier and be around for what I hope the Lord will bless us with as grandkids before too terribly long. I’m not supposed to talk about that, I’m told,” Pompeo said. “My clothes fit better, and I have more energy. I want to be there for my family and hopefully lots of grandchildren.”

As only he can, Senator John Kennedy (R-LA) reacted to

Headaches, nausea, hallucination, and yes, even death. These are among

My article for Spectator: It is mystifying to me that 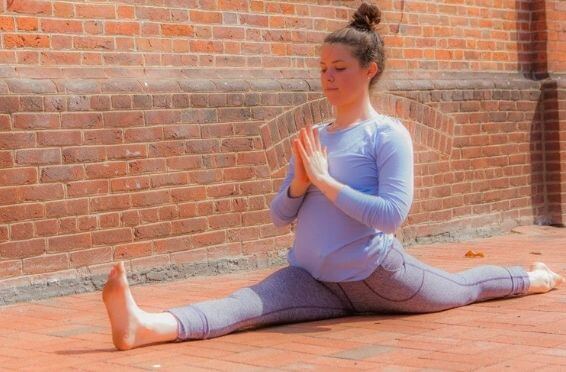 The Use of Yoga in Addiction Recovery – Innovo Detox

Caroline Farrell, LSW, is the Community Outreach Specialist for Innovo