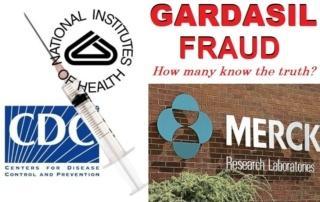 Prior to the COVID-19 experimental vaccines that were tested on the public with disastrous results, the HPV Gardasil vaccine was the #1 most-read topic on Health Impact News, as we have published literally hundreds of articles on this deadly vaccine that has destroyed so many lives.

The Gardasil vaccine produced by Merck is advertised as a way to prevent cervical cancer by stopping the Human papillomavirus. The HPV vaccine causes autoimmune diseases as well as Primary Ovarian Failure making young girls infertile.

And now, a new study from researchers at UCLA has revealed that late stage cervical cancer has actually been increasing since the Gardasil vaccine was launched.

It seems like a contradiction when it comes to cervical cancer…the September International Journal of Gynecological Cancer shows overall rates are on the decline, but more women are getting diagnoses with stage four cancer. That means more women are dying. (Source.)

Of course if you read about this study in the corporate media, they will interview doctors who recommend more HPV vaccines.

Here is a 2-minute report on this new study out of UCLA from Dr. Peterson Pierre with America’s Frontline Doctors. This is on our Bitchute channel.

The Gardasil Vaccine’s Troubled Past and CDC Corruption

Julie Gerberding was in charge of the CDC from 2002 to 2009, which includes the years the FDA approved the Merck Gardasil vaccine.

Soon after she took over the CDC, she reportedly completely overhauled the agency’s organizational structure, and many of the CDC’s senior scientists and leaders either left or announced plans to leave. Some have claimed that almost all of the replacements Julie Gerberding appointed had ties to the vaccine industry.

Gerberding resigned from the CDC on January 20, 2009, and took over as the president of Merck’s Vaccine division, a 5 billion-dollar-a-year operation, and the supplier of the largest number of vaccines the CDC recommends (article here).

Besides examples like this showing a clear conflict of interest between government agencies tasked with overseeing public health and vaccine safety and pharmaceutical companies, the National Institute of Health also holds patents on vaccines such as Gardasil, and earns royalties from the sale of vaccines.

Dr. Eric Suba tried to use the Freedom of Information Act to find out how much money the National Institute of Health (NIH) earned from the sale of Gardasil, but they refused to report the amount of revenue the government earns from this vaccine (although not denying they do earn royalties).

Merck’s legal problems with the Gardasil vaccine are well-known outside the U.S., where they do not enjoy the same legal immunity that U.S. law provides them for damages due to the vaccine.

Protests over the Gardasil HPV vaccine in the streets of Colombia. Story.

Negative press regarding the Gardasil HPV vaccine and Merck’s legal problems can be found in France, Spain, Japan, Ireland, Denmark, the UK, India, and many others.

I predict that Gardasil will become the greatest medical scandal of all times because at some point in time, the evidence will add up to prove that this vaccine, technical and scientific feat that it may be, has absolutely no effect on cervical cancer and that all the very many adverse effects which destroy lives and even kill, serve no other purpose than to generate profit for the manufacturers. (Source.)

As possibly a result of this negative press in France, the French National Agency for Medicines and Health Products Safety, which is part of the European Medicines Agency, which works hard to promote vaccines, participated in a study to examine whether or not the HPV vaccine had an “increased risk of autoimmune diseases.”

The title of the study, published in August of 2017, was titled: Human papillomavirus vaccination and risk of autoimmune diseases: A large cohort study of over 2 million young girls in France.

As a pro-vaccine government agency, it is to be expected that the study would have a primary emphasis to do “damage control” to the negative public perceptions regarding the HPV vaccine and reassure the public that the vaccine was safe.

It is somewhat surprising, therefore, that the study raised any safety issues at all. They admitted that Guillain-Barré syndrome (GBS), a crippling condition similar to polio, had a significantly higher rate among those vaccinated with the HPV vaccine compared to those who were not.

Another study published around the same time (July 2017) was conducted by doctors in Mexico at the National Institute of Cardiology.

The study pointed out several areas of concern and discrepancies, including a safety report by The European Medicines Agency.

The results of their study found:

The study found the statistics regarding the new Gardasil 9 particularly troubling, as the statistics suggest that severe harm is suffered every 140 injections. See:

International Study: An Honest Look at the Statistics Shows that the HPV Vaccine is Not Safe 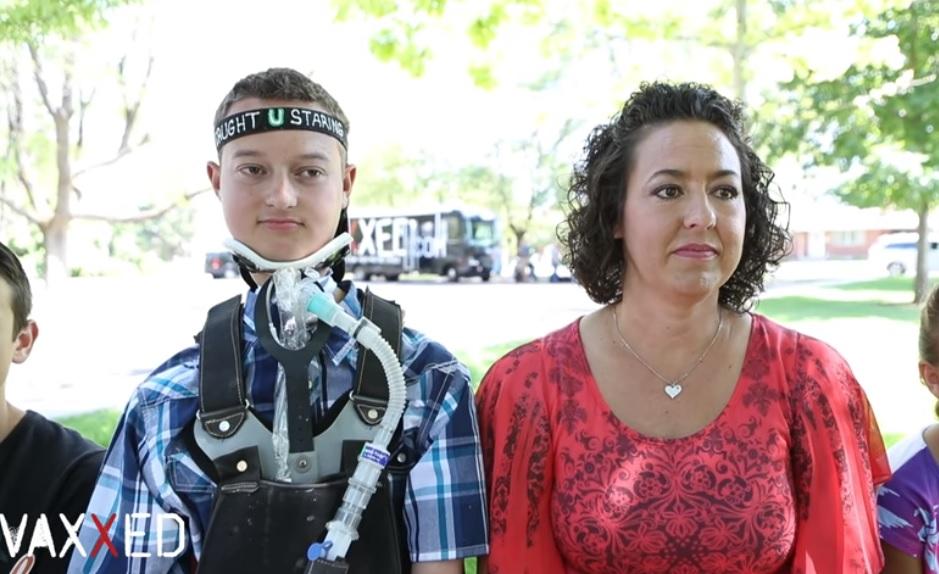 Colton Berret and his mother were interviewed on the bus tour of Vaxxed I. Colton suffered severe injuries due to the Gardasil vaccine he received at the age of 13, and was paralyzed from the neck down. He died a short time later after this interview, and it was revealed later that he had committed suicide.

Conclusion: There are no Safe Vaccines

The history of Gardasil which continues to stay on the market and destroy lives is yet another example of why the COVID-19 vaccines are not the only ones that are dangerous and were approved by corrupt government officials.

So the next time you hear a politician or a medical doctor who is criticizing COVID-19 vaccines preface what they say with “I am pro-vaccine,” remember Gardasil and the many other vaccines that are continuing to destroy lives. 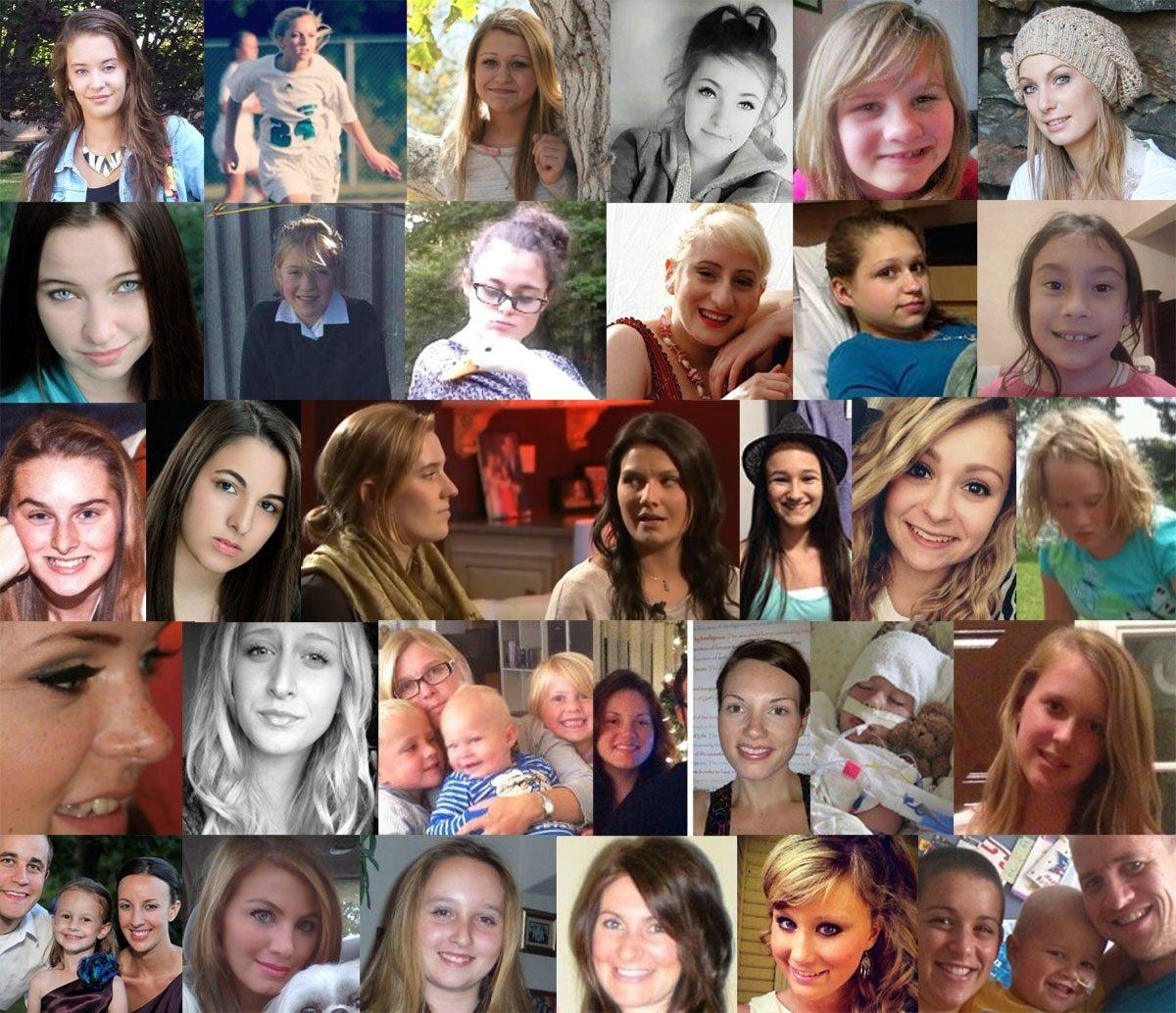 Images of a few of the women we have done articles about over the years who had their lives destroyed by the HPV vaccine. This is just a sample.