My Experience With Transracial Adoption | Health.com

A coworker once looked at me earnestly and asked, “How are you so ‘together’? How do you have it all figured out already?” I was an art director with a beautiful office in my mid-20s. I smiled and sheepishly shrugged—but the truth was, my life was a mess. Learning to fake it is something I had mastered young; it’s how I survived as an adopted child in an all-white family.

I was the only Asian and adopted person in a family of seven kids. The New England towns where I spent my childhood had majority white populations. And though we weren’t as wealthy as we appeared, we had more material comfort than most. Our houses were among the largest around and we had several vehicles—including a limousine for everyday personal use. Folks would comment that I’d won the lottery. My adoptive parents put on a great show, and in public, I knew my role—to keep up the appearance that we were a proud, happy family. I smiled at all the right times, excelled in school, and was coached to say the right things. But behind closed doors and behind my smile, things were far from okay.

Throughout most of my life, despite how things appeared on the surface, I didn’t feel comfortable or safe in my body or home. There was constant shouting. Surveillance cameras hung from the ceilings of our bedrooms. One of my adoptive brothers would cause me physical harm, chase me with a knife, and hurl racial slurs, without consequences. My adoptive father thought it was flattering to reveal his penchant for Asian girls. Judgmental and sexualized comments were made of our bodies. I felt guilty for not connecting to those I called mom and dad. Each night, I’d wake with immobilizing fear from dreams of needing to rescue my family or evading intruders. Since the world around me implored that my life was so charmed, I believed something must’ve been wrong with me—which I’ve since learned is common for children coping with trauma. According to recent research published in The European Journal of Psychotraumatology, children in traumatic situations will use self-blame as a coping mechanism.

I was often asked intrusive questions by strangers, like why I didn’t look like everyone else in my family, which perpetuated the feeling that I was an outsider and that I didn’t belong. Some people enjoyed speculating on my heritage. Racial commentator Ally Henny often discusses how living in racial isolation—as a person of color surrounded by Whiteness—can rack up immeasurable racial trauma. Racial trauma, or race-based traumatic stress (RBTS), is defined by Mental Health America as, “the mental and emotional injury caused by encounters with racial bias and ethnic discrimination, racism, and hate crimes.” Being raised without racial mirrors meant I rarely saw myself reflected in the people, products, media, and stories around me.

Around age seven, I started rising in the middle of the night to stand in the kitchen with a knife to my stomach. My small body shook, overcome with inarticulable anguish. Ending my life seemed the only escape. I stood perched on the verge of the internal dare until the intensity subsided and once numb, retreat back to bed. According to a study published in a 2013 issue of Pediatrics, the official journal of the American Academy of Pediatrics, adopted people are four times more likely to attempt suicide. This can happen at any point in life. Although my adoptive parents never caught me in the act, they read my diary regularly and commented on what they found. Rather than seek therapy, I was reprimanded. So, I promised the impossible—to never reveal my true feelings again. Over the years, my suicidal edging progressed to a blade to my wrist, extra pills, and other forms of roulette; though I never took these behaviors too far, they gave me a small sense of control.

When that coworker met me at age 24 with seemingly everything together, I was halfway through divorcing a man who was also adopted. Fresh cuts on my wrist were concealed by my signature bracelets. While I was self-destructive, he dealt with his pain by punching holes in walls and throwing furniture, before hitting me. I paid a high price to leave, but quickly became entangled with another partner who was unpredictably charming. It wasn’t long before he grew jealous, would rage, make me question my truth, and keep me begging for love. The cycle kept repeating. People-pleasing and the fear of being re-abandoned are well-documented issues for adopted people. In her book, The Primal Wound, adoption researcher, psychologist, and author Nancy Verrier, posits that postnatal separation from the biological mother results in an experience of abandonment and loss upon the unconscious minds of children.

As the years went on, it became increasingly harder to pretend all was well. I struggled connecting to friends, was less motivated at work, and was losing interest in artistic endeavors. When I confided in my adoptive mother, she convinced me that I had bipolar disorder. Therapists continued to negate this diagnosis, which added to my overwhelm. I still very much needed to trust my adoptive mother. So instead of trying to find a clinical diagnosis everyone could agree with, I decided to home in on my symptoms. I found a calm and compassionate woman who practiced classic homeopathy. She believed in treating present symptoms and adapting prescriptions as we peeled off the layers. Having someone to listen without judgment or advice—someone patient to validate and guide me towards my own truth—was what I’d been craving and seeking all along. It was only then that I felt safe to more deeply consider that perhaps I wasn’t defective but acting on hidden wounds.

Gabor Maté, M.D., created a psychotherapeutic method called “compassionate inquiry,” which “reveals what lies beneath the appearance we present to the world.” This kind of therapy aims to help patients “recognize the unconscious dynamics that run their lives.” He—and many others—have performed clinical, post-war, and orphanage studies that reveal how early biological separation can have lasting effects presenting as insecure attachments, poor social functioning, physical and psychological illness.

When I attempted to reconcile the past with my adoptive family, to confront the trauma head on, my adoptive mother cut me off. We spent years in this cycle—me trying to forget the past, them denying my feelings while continuing the same toxic patterns—before I decided our estrangement was best for my health.

I’ve since been able to acknowledge and appreciate that adoption itself is a form of trauma and that the environment in which I grew up only added to my plight, compounding what are referred to as Adverse Childhood Experiences (ACEs). The CDC defines ACEs as witnessing or experiencing potentially traumatic events prior to age seventeen. Per the CDC, these experiences can increase the risks of injury, sexually transmitted infections, maternal and child health problems, involvement in sex trafficking, and a wide range of chronic diseases and leading causes of death such as cancer, diabetes, heart disease, and suicide. My childhood was rife with violence, neglect, and psychological abuse. And I never grieved the loss of the woman who gave me life.

No longer blaming myself for all my struggles, I’ve stayed on the path of healing with psychotherapy when financially accessible, and other forms of self-care—such as yoga, meditation, enforcing boundaries, and community engagement. By connecting with other adopted people, I’ve seen that regardless of healthy or dysfunctional placement, transracial or same race, intercountry or domestic, formerly fostered, or donor conceived—we share a common thread of grief and loss. Adoption competent mental health resources are sparse, and there are racial and other considerations that make it difficult to find the right match. There’s much more to adoption than what the heartwarming and inspirational tales presented by so much of Hollywood and mainstream media.

More people need to be open to the truth of how adoption can fail children. As it stands, adoption is structured more like a business than a system of care placement. Pro-life publications and organizations that coerce pregnant women to relinquish their unborn children cite an estimate of 36 waiting families for each child adopted. Though there are many forms of adoption, it’s my opinion that Kinship/Relative Guardianship is best when helping to keep the core family intact isn’t possible or healthy. In this type of arrangement, children stay within their extended biological family. There’s no erasure of their history or culture.

Here are my suggestions for anyone interested in the well-being of the adopted people in their lives:

Now in my 40s, with a partner of thirteen years, I’m still trying to keep it “together.” I’m still “figuring things out” and fighting for life, but I’m no longer dying unseen. I find empowerment in wholeness and my authentic self. I use my voice to raise awareness. While I once dreamt of a day I’d wake up as someone without all this trauma, I’ve come to accept that trauma can’t be reversed. Instead, we learn to cope by untangling our pasts and honoring the truths we are able to find.

To get our top stories delivered to your inbox, sign up for the Healthy Living newsletter 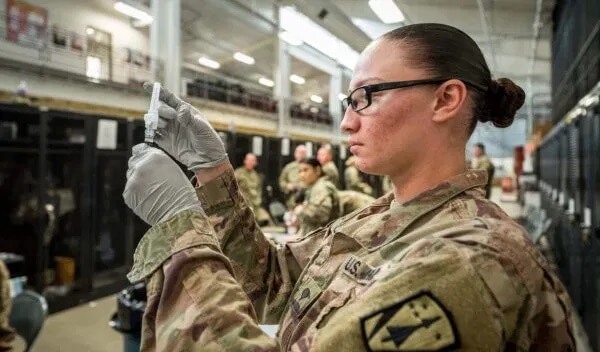