Namaste: What Does It Mean & When Should We Use It? | Yoga Journal

The scene at the end of a typical yoga class: The teacher sits cross-legged at the front of class, takes a deep breath and, pressing hands together in a prayer position, leans into a deep bow and reverently intones the word “Namaste.” Dutiful yoga students mirror the pose and bow low in return, whispering namaste in unison. It’s so common that yoga doesn’t seem like yoga without this ritual.

But recently, yoga practitioners have been looking more carefully at how, when, and why they’re using the word “namaste.” Does it mean what we think it means? Are we using it properly? Should we use it at all? Some yogis are concerned that the term, which holds cultural significance in South Asia, has been so misused that it has lost its true meaning—and thus its significance.

Here, we offer “Namaste 101” to help you understand the term and know how to use it with care.

What does namaste mean?

Ask most people in the yoga community to translate “namaste” and  the common reply will be something like, “The Divine in me honors the Divine in you.” It’s a lovely sentiment that has inspired many a yoga studio poster. But is it accurate?

“Nama means bow; as means I; and te means you,” says yoga teacher Aadil Palkhivala. “Therefore, namaste literally means ‘bow me you’ or ‘I bow to you.’”

The “Divine in you” interpretation comes from the Hindu belief that God resides in everyone, so any person you greet deserves respect. “The gesture is an acknowledgment of the soul in one by the soul in another,” says Palkhivala, who began studying under B. K. S. Iyengar when he was a child.

How is it pronounced?

American English speakers tend to attribute a shorter “a” sound to the vowels and put the emphasis on the last syllable: nah-mah-STAY.  But the term is more correctly pronounced nuh-MUH-stheh, according to Rina Deshpande. When you see those two a’s, train your brain to pronounce them with a short “u” sound.

The last syllable starts with a sound that will be familiar to speakers from South Asia, but may take some practice for native English speakers. The “st” in namaste is a little softer than the English pronunciation, Deshpande says. Rather than a hard “t” sound, she describes it as a “th.” The tongue touches behind the front teeth to create what might be described as a clipped lisp.

As long as you are making an honest attempt and are pronouncing Sanskrit terms as best you can, you can feel comfortable saying the word, our experts say. But if you want to practice the correct pronunciation, listen to Deshpande in the video below:

When do we use it?

Using namaste at the end of a yoga class is, at the very least, puzzling to some South Asians.

“In my personal experience living in India and with my elders and family here in the U.S., Namaste or Namaskar is said when I meet and greet an elder. Not when I leave,” writes Susanna Barkataki, author of Embrace Yoga’s Roots: Courageous Ways to Deepen Your Yoga Practice.

But it’s not just a simple, “Hey there.”

“It’s rather formal,” she says. In South Asian culture, it’s most often used as a greeting of deep respect, reserved for elders, teachers, or other honorables. In this way, there’s a bit of hierarchy attached: A young person is more likely to use it to greet an elder; a student would address a teacher this way.

Like everything in yoga, the usage of namaste may be evolving. In India, you are as likely to hear it as you enter a shop or restaurant as you are to hear it in a yoga studio. That may be as a result of the term coming back to the East in the mouths of eager Western tourists.

Writer Deepak Singh describes a visit to a holy Hindu town in Rajasthan—a spot that receives many tourists seeking a spiritual awakening. “When I got there, I noticed locals…striking the pose and saying ‘namaste’ to every tourist who passed by. The smile, tone, and style of namaste were exactly like that of the teacher in my yoga class in the United States.”

While she stops short of saying that namaste has no place in yoga class, Barkataki suggests that if it is used, it’s best used as a considerate greeting, not a pseudo-spiritual way to signal ‘class is over, y’all can go.’”

Spend some time asking yourself why you’re using the term. “Are you using namaste as yoga lingo to create a certain vibe in your studio or as a heartfelt greeting?” Barkataki asks. Is it to signal your position as a spiritual teacher? Are you glamorizing or exoticizing the term? Has it become just a mindless habit? Be intentional and respectful in its use.

Whatever you do, do not turn the term into a pun or play on words. “Nama’stay in bed” pajamas or “Namaslay” gym shorts are an offensive misuse of a term that our experts describe as extremely powerful and spiritually resonant. Barkataki discussed this further in the below video:

What’s the difference between namaskar and namaste?

By most accounts, namaste and namaskar are interchangeable. They are both used to greet and honor a respected figure. The term namaskar tends to be used to address people who are quite powerful, spiritually significant, and highly respected. (Consider that when you do a sun salutation—Surya Namaskar—you are respectfully greeting the sun.)

What is the namaste gesture?

The gesture associated with namaste is called Anjali Mudra—pronounced UHN-jah-lee MOO-dra. Anjali evolved from the Sanskrit word “anj,” which means to honor or celebrate.

Mudra means gesture. Hasta mudras are sacred hand movements that are used in yoga and meditation to deepen the practice.  “The simplest form of yoga is to put your hands together in namaskar,” says spiritual leader Sadhguru.

To perform the Anjali Mudra—a physical expression of namaste—press the hands together, fingers touching and pointed up, with the thumbs at the breastbone. Close your eyes and bow your head or bend at the waist. Alternately, Palkhivala says, “It can also be done by placing the hands together in front of the third eye, bowing the head, and then bringing the hands down to the heart.”

The connection with the heart points back to the belief that there is a Divine spark within each of us that is located in the heart chakra, says Palkhivala.

“We bring the hands together at the heart chakra to increase the flow of Divine love. Bowing the head and closing the eyes helps the mind surrender to the Divine in the heart,” he says.

If you use Anjali Mudra and bow, you don’t necessarily have to say the word namaste,” Palkhivala says. “In India, it is understood that the gesture itself signifies namaste, and therefore, it is unnecessary to say the word while bowing.”

Other expressions of namaste

The gesture doesn’t have to be directed toward another being.  You can express namaste to yourself and use the gesture as a form of personal meditation.

“Namaskar brings harmony between two polarities within,” says Isha Foundation leader Sadhguru. It levels out any internal sense of duality.

How to use namaste in your yoga practice

Barkataki is careful not to tell people they can or can’t use the term, but suggests yogis to be thoughtful when they evoke namaste. She and other South Asian yogis encourage people to educate themselves about this and any Sanskrit terms, and acknowledge that the term has a deeper meaning in Indian culture.

If the word and gesture are used in yoga settings, Palkhivala says it may be done both at the beginning and at the end of class. The first will be a greeting of respect.  “At the end of class, the mind is less active and the energy in the room is more peaceful,” he says. “The teacher initiates Namaste as a symbol of gratitude and respect toward her students and her own teachers, and in return invites the students to connect with their lineage, thereby allowing the truth to flow—the truth that we are all one when we live from the heart.”

For a teacher and student, namaste allows two individuals to come together energetically,” Palkhivala says. “If it is done with deep feeling in the heart and with the mind surrendered, a deep union of spirits can blossom.”

Susanna Barkataki, M.Ed., E-RYT-500, C-IAYTI, is an Indian yoga practitioner in the Hatha yoga tradition. She is the founder of the Ignite Yoga and Wellness Institute; leader of Embody Yoga Trainings; and a diversity, accessibility, equity, and inclusion educator. She is the author of Embrace Yoga’s Roots: Courageous Ways to Deepen Your Yoga Practice.

Rina Deshpande, Ed.M., RYT-500, grew up with yoga philosophy shared by her parents in Florida, and was inspired to reconnect with her own roots in India after she became a New York City public school teacher in 2004. She is a teacher, illustrator, and poet as well as a researcher designing yoga-based interventions for scientific research at Harvard Medical School. Rina teaches yoga in New York City.

Aadil Palkhivala began studying yoga with B.K.S. Iyengar when he was seven and was introduced to Sri Aurobindo’s yoga three years later, eventually becoming an advanced Iyengar teacher. He is the founder-director of the Alive and Shine Center in Bellevue, Washington and The College of Purna Yoga. He is the author of Fire of Love for Students of Life for Teachers of Yoga and co-author of yoga manuals with his wife Savitri.

Please note that we independently source all of the products that we feature on yogajournal.com. If you buy from the links on our site, we may receive an affiliate commission, which in turn supports our work.

Liked this article? Join Outside+ and get unlimited access to exclusive articles, sequences, meditations and live experiences—as well as thousands of healthy recipes and meal plans from Clean Eating and Vegetarian Times, plus can’t-miss content from more than 35 other brand like Women’s Running, Backpacker, and Better Nutrition. 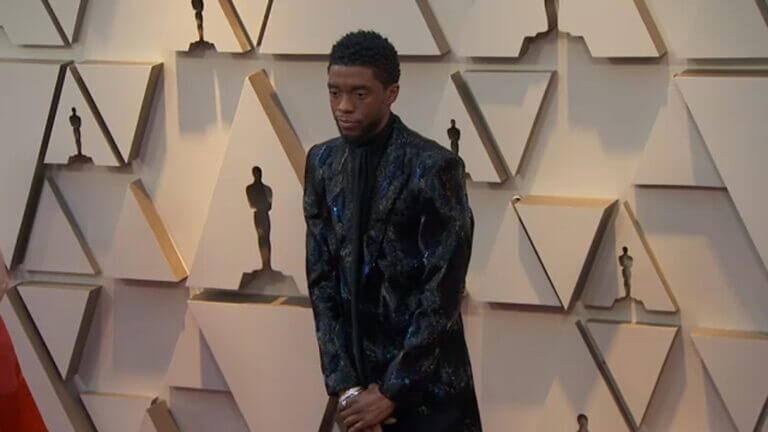 The Push-up Progression Plan (Get Your First Push-up!) | Nerd Fitness

Today I’m going to help you achieve your first push-up! 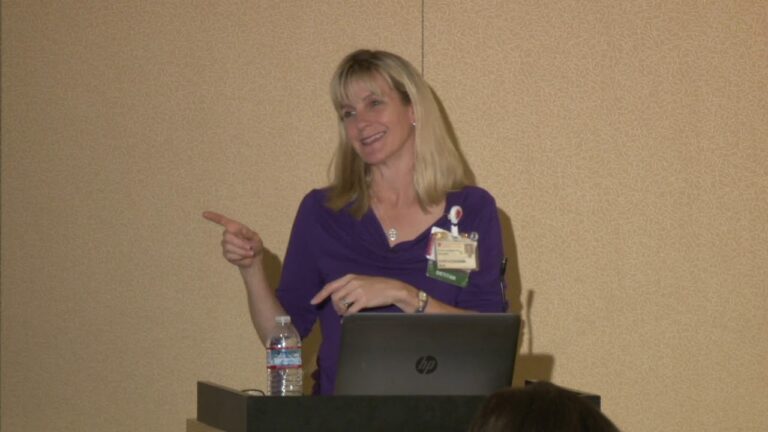 Is there really a “best diet” for cancer prevention? Nutrition 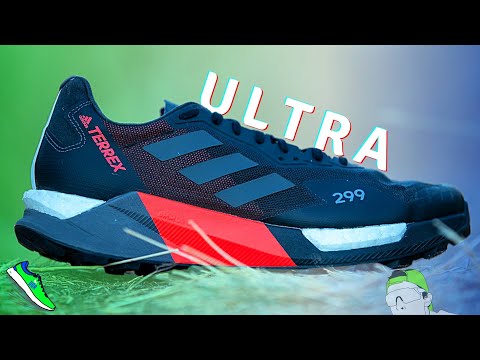