If you have asthma, odds are you’ve come across products marketed as “natural remedies,” “complementary therapies,” or “alternative treatments” for asthma symptoms.

As of 2012, more than 30 percent of American adults turned to complementary therapies or alternative medicine, per the NCCIH. So, clearly, they’re popular — but when it comes to asthma, are they safe to use?

Popular options advertised as “alternative treatments” with claims of enhancing symptom control aren’t automatically safe to use, says Anju Tripathi Peters, MD, a professor in the division of allergy, immunology, otolaryngology, and head and neck surgery at Northwestern University’s Feinberg School of Medicine in Chicago.

It’s important to note right off the bat that certain things touted as potential remedies or complementary therapies for asthma, such as supplements, aren’t regulated in the same way prescription drugs are, and consumers should pay attention to the details of the research backing up any claims made, Dr. Peters says. For example, “Many have shown benefits in animals only,” Peters explains.

If you are going to try a “natural remedy” or complementary therapy for asthma, know that it’s not a substitute for your conventional asthma medication. “While some natural remedies may help, they should not replace the medications prescribed by someone’s doctor,” says Lakiea Wright, MD, a board-certified allergist and immunologist and an associate physician at Brigham and Women’s Hospital in Boston.

Skipping prescribed medications can have dangerous consequences, according to Mayo Clinic.

If you’re wondering which approaches might help when it comes to asthma management, here’s what you should know.

Which Complementary Treatments for Asthma Have Evidence to Show They Work?

When it comes to natural and complementary treatment approaches for asthma with high-quality evidence to back up their use, exercise stands out as the intervention with the most data behind it. Although, per the American Lung Association, exercise can sometimes trigger asthma symptoms (known as exercise-induced bronchoconstriction), research has shown regular exercise when done safely can help improve asthma control, too.

“If we look at exercise training, there’s strong evidence that it improves cardiovascular fitness, and that it improves quality of life,” says David G. Hill, MD, the director of clinical research at Waterbury Pulmonary Associates in Connecticut and a member of the American Lung Association’s national board of directors.

A trial published in August 2019 in Scientific Reports found that for mild to moderate asthma, a 24-week exercise plan involving aerobic exercise for at least 30 minutes three times a week, plus strength-training and stretching, helped improve asthma control and reduced shortness of breath.

In another trial, published in October 2020 in the Journal of Allergy and Clinical Immunology, researchers found exercise helped improve asthma control when compared with breathing exercises among people with moderate to severe asthma.

Be sure to consult your doctor before beginning any exercise regimen to avoid exercise-induced asthma, says Dr. Wright. “Your doctor may recommend medications to help prevent attacks,” she says. And stop any activity if you become short of breath, begin to cough, or start to feel pain or tightening in your chest, states the American Lung Association.

On days when the air quality outdoors is unhealthy, it’s best not to break a sweat outside, the American Lung Association says.

The following four treatments have some promising research to support their use, but experts say more evidence is needed to conclusively say where they fit into asthma management.

There are a number of different breathing techniques, including the Papworth method, the Buteyko technique, yoga breathing, and deep diaphragmatic breathing, all of which tend to focus on controlled nasal breathing. Can they help people with asthma?

Some evidence suggests breathing exercises may benefit people with asthma, says Hill. According to a meta-analysis published in March 2020 in Cochrane Database of Systematic Reviews, moderate to very low certainty evidence suggests that breathing exercises improve lung function, symptoms related to hyperventilation — breathing that is heavier and quicker than normal — and overall quality of life for people with asthma.

A study published in October 2018 in the Indian Journal of Pediatrics suggests that breathing exercises may also help children with chronic mild to moderate asthma or uncontrolled asthma, but are less likely to help those with acute severe asthma. Researchers note that more research is needed before doctors can recommend breathing exercises as a standard treatment for children with asthma.

If your doctor gives you the go-ahead to try breathing exercises, the Global Allergy and Airways Patient Platform outlines some techniques you can try for asthma.

Yoga — a mind-body practice that often incorporates deep breathing techniques — may benefit people with asthma in some ways, but not others, says Hill.

“The benefits of yoga for asthma are primarily based on the breathing exercise functions of yoga,” Hill explains. “But mainly, the data for breathing exercises and for yoga show quality-of-life improvement, but not anything that we can measure in terms of improvement in lung function or decrease in exacerbation rates,” he adds.

In a small study published in the January–June 2017 issue of Ayu, participants with mild to moderate persistent asthma reported their quality of life improved when they practiced yoga 30 minutes a day, five days a week, for six months.

And in a review article published in April 2016 in the Cochrane Database of Systematic Reviews, researchers found moderate-quality evidence that yoga could yield slight improvements in quality of life and symptoms in people with asthma.

Wright says even though some studies haven’t proved one way or the other the effect of yoga on asthma symptoms, the practice may still be worthwhile for people with asthma given that there are other benefits for health and few risks.

Turmeric, a spice commonly found in curry and other Indian and Middle Eastern dishes, is often touted as a potential natural remedy for asthma because of the anti-inflammatory and antioxidant properties of curcumin — the active ingredient in turmeric.

Does this belief hold up in scientific studies? Somewhat, but not entirely, says Hill, who adds that the evidence for using turmeric for asthma is limited thus far. “There are some studies showing benefit, but there are some studies showing no benefit, and the studies tend to have small numbers of patients, different varieties of dosages, and different outcome measurements,” Hill explains.

A study published in the Journal of Clinical and Diagnostic Research found that adults with asthma who complemented their usual asthma treatment with 500 milligrams of curcumin per day for a month experienced improvements in their asthma symptoms. The authors of the study said further research with more participants, higher doses, and longer-term use is still needed — so, these supplements for asthma aren’t quite ready for prime time.

The case of magnesium is interesting when it comes to asthma, says Hill, who says intravenous magnesium is often administered by health professionals for cases of severe asthma in hospital emergency rooms. But, Hill adds, there’s not much evidence that long-term use of magnesium supplements taken by mouth helps people with asthma.

According to a systematic review and meta-analysis in the February 2019 NPJ Primary Care and Respiratory Medicine, people with mild to moderate asthma who took magnesium supplements orally showed some improvements in their FEV1 — a measurement of how much air someone can exhale when forcing a breath — but this effect didn’t last beyond eight weeks of taking the supplements.

Aside from this, magnesium supplements weren’t found to offer any other benefits for asthma, and can’t yet be recommended as an add-on treatment for people with asthma, according to the researchers. Wright agrees, saying more research is needed before she would recommend this approach to patients.

Some data points to possible benefits of massage for children with asthma, says Hill. Wright explains that the existing studies on massage and asthma are limited, and don’t yet support its widespread use.

According to a systematic review and meta-analysis published in Evidence-Based Complementary and Alternative Medicine in May 2017, massage appeared to improve asthma symptoms and lung function in children with asthma, but the researchers noted more studies are still needed to confirm these benefits.

Natural Remedies Lacking Evidence to Show They Help With Asthma

There are many other natural remedies that some people with asthma swear by, but which science doesn’t support. Some include:

Herbal medicines A number of herbs or herbal supplements have been touted as natural remedies for asthma, but according to Hill, there’s no strong evidence of their benefit for people with asthma. “I, as a provider, would not be telling my patients to try any specific herbal supplements,” Hill says.

Warm steam baths While warm steam baths have often been used to help alleviate nasal congestion and airway irritation associated with asthma, Peters points out there’s never been a study that proves steam treatments help asthma symptoms. She also cautions that steam can be dangerously hot. “In some asthmatics, it can [actually] exacerbate symptoms,” she says.

Essential oils Human-based studies in support of essential oils are lacking, and essential oils may even be trigger allergic reactions. “I would be careful with taking essential oils, as these can often be irritating rather than soothing,” says Cassidy Gundersen, PhD, a nutrition consultant and health coach based in Salt Lake City.

Tea Scientific support isn’t conclusive on any specific benefits of tea-drinking for asthma, but Hill agrees there’s likely no harm in sipping your daily cup. If you’re going to brew your own tea using tea leaves, be wary of “tea maker’s asthma,” says Hill. “Certainly, exposure to tea leaves in large quantities can trigger asthma,” he adds.

The Bottom Line: Are Natural Remedies Safe for People With Asthma?

Peters points out that just because studies haven’t established a definite benefit doesn’t mean that some of these won’t help some people. Each individual may react differently, and what works for some people with asthma may not work for others. But until many of these complementary and alternative options have stronger scientific evidence to back up their role, they can’t be recommended on a large scale to people with asthma, says Hill.

So, if you see something marketed as a natural remedy for asthma, approach it with caution, and don’t make changes to your asthma action plan without discussing it with your doctor first. 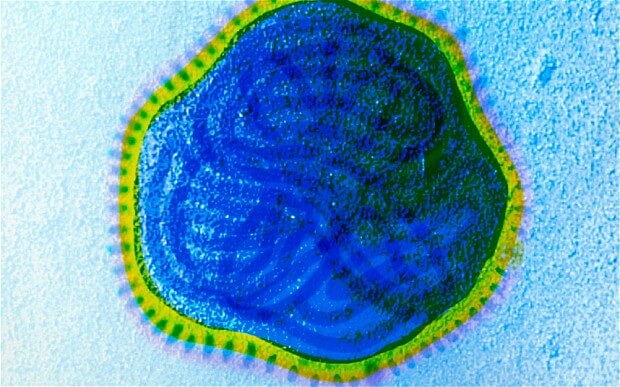 The measles could be a “single-shot cure for cancer,” Mayo 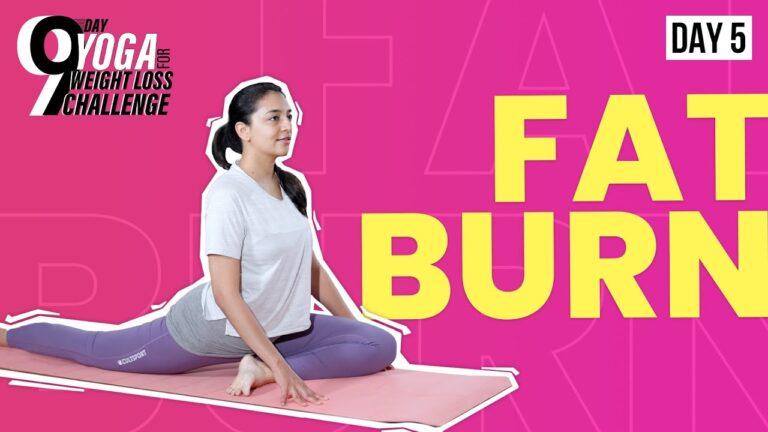 Welcome to Day 5 of Yoga for Weight Loss Challenge 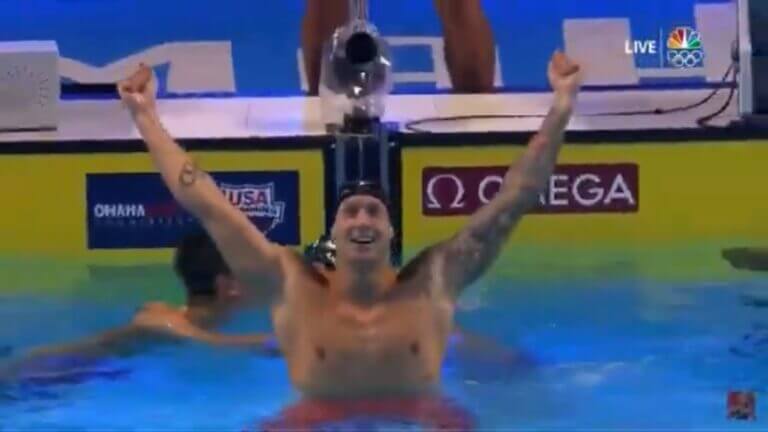 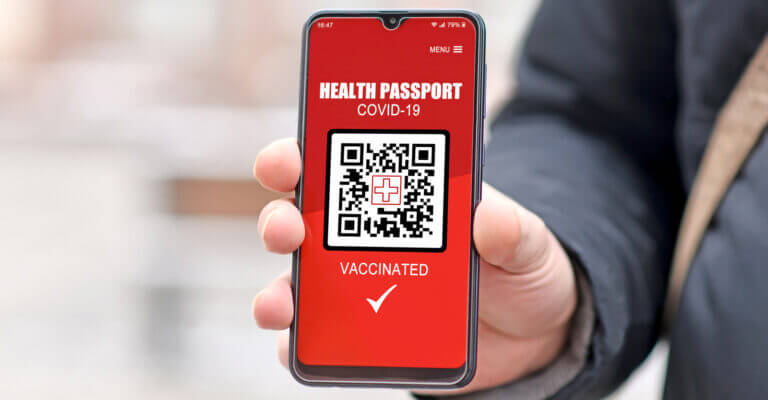 Wayne Rohde, host of the “Right on Point podcast,” interviewed