California on Friday became the first state to announce a COVID-19 vaccination requirement for all public and private schoolchildren, a move affecting millions of students and once again placing the state at the forefront of strict pandemic safety measures.

The mandate would take effect for grades seven through 12, starting with the school term following the U.S. Food and Drug Administration’s full approval of the vaccine for children ages 12 and older, Gov. Gavin Newsom announced. Students in kindergarten through sixth grade would be phased in after the vaccine has been approved for their age group.

Students 12 and older could be affected as early as January 2022 if there is federal approval for a COVID-19 vaccine for that age range before the end of this year, the governor said in remarks at James Denman Middle School in San Francisco.

“There’s still a struggle to get to where we need to be,” Newsom said about the effort to contain the pandemic. “And that means we need to do more, and we need to do better.”

Individuals between 12 and 15 are eligible to receive the Pfizer-BioNTech vaccine under emergency authorization. The vaccine has been fully approved by the FDA for those 16 and older.

Unlike with other vaccines required for schoolchildren, the plan would allow parents to cite personal beliefs in refusing to inoculate their children against COVID-19. Under state law that has applied to similar circumstances in the past, the exemption for personal beliefs would have to be granted because the new vaccination requirement is being imposed through a regulatory process, rather than through the Legislature. Legislators and the governor could later pass a law to eliminate the personal-belief exemption for the COVID-19 vaccine.

State Sen. Scott Wiener (D-San Francisco), who attended the announcement, supports eliminating the exemption from the mandate, a spokesperson said.

The governor declined to say Friday whether he would pursue such a measure.

In 2015, Gov. Jerry Brown signed a strict vaccine law that eliminated personal-belief or religious exemptions for older vaccines, allowing only medical exemptions. The law was crafted in the aftermath of declining childhood vaccination rates and a Disneyland measles outbreak that spread to seven other states, Canada and Mexico.

If parents don’t submit a waiver for a medical or personal-belief exemption for the COVID-19 vaccination, they will not be allowed to enroll students for in-person classes on campus. Those unvaccinated students will have the option of enrolling in a fully online school, attending independent-study programs offered by districts or being home-schooled.

It will be up to schools and districts to enforce the mandate, as they do with other required vaccines.

The governor’s office said it would wait to begin the requirement — including for those 16 and older — until it could apply to all students 12 and up. However, Newsom made clear that he wants to give schools enough time to work out their compliance and verification processes. He said he also wants families to have enough time to obtain the immunizations.

Vaccines for children 5 to 11 are not yet available, although Pfizer is expected to apply for emergency-use authorization, citing evidence from trials indicating that the shots are safe and effective for that age group. The shots for those children could be available around Thanksgiving, according to the Associated Press, but full approval would likely be months away. It’s possible a vaccination requirement would not apply to elementary schoolchildren before January 2023.

With Newsom’s mandate, California is once again moving faster than any other state on measures to combat a pandemic that has killed about 69,000 residents. California was the first to order a strict lockdown early in the pandemic and enacted a second stay-at-home order in most of the state late last year. Schools here remained closed longer than in many other states and longer than many business sectors, causing some to criticize the governor for not making reopening campuses a higher priority.

California was the second state, following Hawaii, to impose strict rules for school staff, who must be vaccinated or submit to weekly coronavirus testing. Other state workers must abide by similar regulations.

Once Newsom’s mandate takes effect for students, it will likewise apply to school employees. One advocacy group said the requirement for adults should kick in immediately.

“The governor missed an opportunity to announce a clear and decisive mandate that all adults in public schools must be vaccinated now, failing to send a message across California that vaccination among adults is the best way to keep our kids safe,” said Megan Bacigalupi, head of OpenSchoolsCA, which advocated for a swifter reopening of campuses during the last school year.

California was early with other COVID safety measures, such as mandating masks indoors at all K-12 campuses — a strategy subsequently endorsed by the U.S. Centers for Disease Control and Prevention. In contrast, governors in Florida and Texas forbade mask mandates. And while Newsom faces a legal challenge over requiring masks in schools, the script is flipped in other states, including Texas, where Gov. Greg Abbott’s ban on mask mandates is confronting a legal challenge from parents, with support from the U.S. Justice Department.

A growing number of government agencies are requiring employees to provide proof of vaccination against COVID-19 or undergo regular testing.

Legal challenges are likely to play out over California’s vaccination mandate.

Some parents in L.A have asserted various reasons for opposing the mandate. A number of those reasons are factually wrong, according to experts, such as claims that the vaccine is killing more people than the virus and that the vaccine poses a greater risk to children than COVID-19.

Some parents and advocates say the vaccines are too new for them to be comfortable having children receive the shots.

“Even once this vaccine receives FDA approval, it will not have gone through long-term studies,” said Sharon McKeeman, founder of Let Them Breathe, a group that has sued to overturn student mask mandates and is organizing against student vaccine mandates. “Families need to be able to make these personal medical decisions themselves, and there is no reason to mandate a vaccine for children who are at low risk from serious complications from the virus.”

But many parents, groups and doctors applauded news of the mandate.

“I am really happy with this decision,” said Tanya Schwarz, who has a 7-year-old at Cubberley Elementary in Long Beach. “I have been extremely nervous sending our daughter back to school this year, especially given the Delta wave and some parents’ aversion to masking their children. I take this virus very seriously and think that school safety must be a priority and requires this kind of holistic approach: vaccines, masks, quarantines, contact tracing.”

The two statewide teachers unions expressed support for the mandate, as did the association representing state school boards.

Among all age groups, 226 million doses of the Pfizer-BioNTech vaccine have been administered in the U.S. since December, a mass rollout that has no parallel in U.S. history. In that period, 54% of U.S. adolescents ages 12 to 15 have received at least one dose, as have 62% of 16- and 17-year-olds. If there were a safety problem with the vaccine for adolescents and teenagers, it would likely have surfaced by now, many experts say.

There were early concerns about myocarditis — inflammation of the heart muscle — as a side effect of the Pfizer vaccine, mostly among young males. But further study revealed that of 8.9 million adolescents who had received the Pfizer vaccine through mid-July, there were fewer than 400 reports of myocarditis, with generally mild symptoms and no related reports of death.

The most common adverse pediatric events reported were dizziness, headache and fainting, some of which is likely related to anxiety around needles, according to a report published by the CDC. Fainting is common among adolescents after any vaccination, the agency said.

Failing to vaccinate adolescents and teens will prolong the pandemic, many experts say. Young people “can be sources of transmission back into their own households,” putting their relatives at risk — even vaccinated ones, who might contract a breakthrough infection, said UCLA epidemiologist Dr. Robert Kim-Farley.

Although a majority of parents appear to have accepted the L.A. Unified vaccine mandate for students 12 and older, thousands have not, based on recent vaccination rates.

L.A. Unified interim Supt. Megan K. Reilly estimated that of about 225,000 students in grades six through 12, roughly 80,000 had not been vaccinated as of Sept. 9; the district has not recently updated those figures. Eligible L.A. students who want to participate in extracurricular activities are supposed to receive their first dose by Oct. 3 but will not be barred from these activities unless they have not received a second dose by Oct. 31.

L.A. Unified students must be fully immunized by Jan. 10 or will be unable to begin the second semester taking classes in person.

Some parents have threatened to pull their children from L.A. schools, but the governor’s order could limit their options as to where else they can go in the long term. 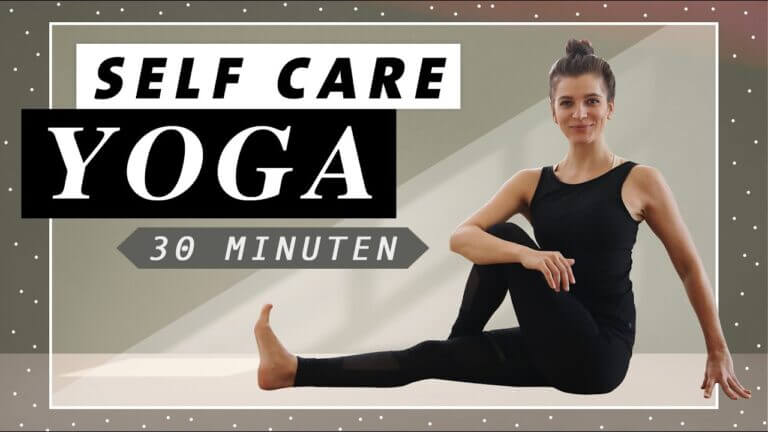 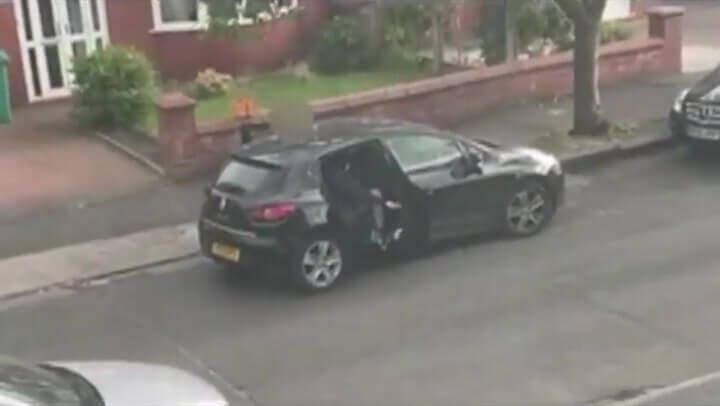 Our free email newsletter sends you the biggest headlines from

With the funeral of Queen Elizabeth getting headline news coverage 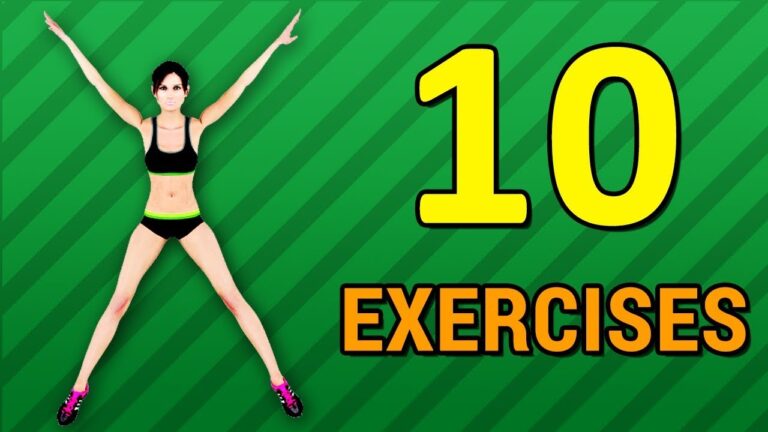 Here are 10 of the best exercises you can do