Pfizer, Moderna CEOs: COVID-19 Vaccine Boosters Could Be Needed as Early as September

The earliest people to be vaccinated for COVID-19 may need booster shots as early as September, the CEOs of Pfizer and Moderna said.

In an interview with Axios on Wednesday, Pfizer CEO Albert Bourla stressed that the company is still awaiting data from clinical trials, but he believes people will need an additional dose between eight and 12 months after receiving their second shot

Bourla added that the Food and Drug Administration and Centers for Disease Control and Prevention would have to sign off on the boosters.

Kids in the United States will likely be able to get COVID-19 vaccinations by the end of this year or the first quarter of 2022, Dr. Anthony Fauci, the nation’s top infectious disease expert, said at an event on Wednesday.

The United States earlier this month cleared the way for the use of the COVID-19 vaccine from Pfizer Inc (PFE.N) and partner BioNTech SE in adolescents aged 12 and above.

Fauci also noted the need for a COVID-19 booster shot within a year or so after getting the primary shot.

The House Select Committee on Coronavirus launched a probe into Emergent last month after the company acknowledged “serious deficiencies” in the company’s manufacturing that caused a mix-up of AstraZeneca and J&J doses.

A memorandum released prior to Wednesday’s hearing raised questions about J&J’s lack of oversight of the Baltimore facility. The memo also cited large bonuses paid to top executives despite failures, and described other evidence recently obtained by the Select Subcommittee on the Coronavirus Crisis and the Committee on Oversight and Reform in their ongoing investigation into Emergent.

New guidance from the Occupational Safety and Health Administration (OSHA) is making employers think twice about their COVID vaccine requirements.

On April 20, companies were put on notice they’ll be responsible for any adverse reaction should they require their employees be vaccinated with a COVID vaccine.

In the Frequently Asked Questions section of OSHA’s website having to do with COVID safety compliance, a question was asked whether an adverse reaction to a COVID vaccine had to be recorded if an employer mandated vaccination as a condition for employment.

Tucker Carlson Interviews Dr. Peter McCullough: Where Is the Conversation About COVID Treatments?

In the segment below on “Tucker Carlson Tonight,” Fox News commentator Tucker Carlson asks, “Where is the conversation about the treatment of COVID-19?”

Carlson interviewed Dr. Peter McCullough, consultant, cardiologist and vice chief of medicine at Baylor University Medical Center in Dallas, Texas. McCullough is known for being one of the top five most-published medical researchers in the U.S.

SIGN THE PETITION: CHD Calls on FDA to Immediately Take COVID Vaccines Off the Market

Amid growing safety concerns, Robert F. Kennedy, Jr. and Dr. Meryl Nass, on behalf of Children’s Health Defense (CHD), filed a Citizen Petition with the U.S. Food and Drug Administration (FDA) asking the agency to immediately revoke the Emergency Use Authorizations (EUAs) for COVID vaccines and to refrain from licensing them.

Millions Against Medical Mandates (MAMM), a coalition of health freedom organizations and individuals, joins CHD and other vaccine safety and health freedom groups in inviting the public to comment on the petition here.

When the coronavirus began to spread around the country last year, most colleges and universities shut their doors. And when they began to reopen in the fall, they did so in piecemeal and convoluted ways.

In some cases, students could live in dorms but had to take classes online. Dining halls were reservation-only. Singing was banned. While some schools avoided major outbreaks, others became hot spots.

Brendon Hrepic says he is still shocked that COVID-19 caught up with him when WEWS spoke with him via Zoom from his hospital bed.

“The doctor that I saw at the ER was like ‘you are literally the worse case that I’ve ever seen post-vaccination,’” said Hrepic.

The 31-year-old essential worker from Mayfield Heights said he did everything right throughout the pandemic, from social distancing to masking up.

According to the vaccination card he shared with News 5 Cleveland, Hrepic has been fully vaccinated since April 19. But the man said last Wednesday his health began to take a turn.

Paying People to Take the Vaccine Will Backfire

A spoonful of sugar helped the medicine go down, but policymakers did not need to bribe anyone to take the polio vaccine. People recognized Jonas Salk’s 1953 breakthrough against the virus that crippled Franklin D. Roosevelt and countless others for the miracle it was. Parents raced to inoculate their kids to spare them from the iron lung.

Most Americans felt similarly when scientists quickly developed multiple safe and effective vaccines against the . Sixty percent of U.S. adults have now received at least one dose of these modern marvels. President Biden’s goal is to hit 70% by July 4.

If the United States reaches President Biden’s goal of 70% of adults getting at least one coronavirus vaccine dose by July 4, that could help ward off surges later in the year, Anthony S. Fauci said.

In a Washington Post Live interview Thursday, the government’s leading infectious-disease expert said there was a “positive wildcard” missing in previous nationwide coronavirus surges: “That was at a point when virtually no one in the country was vaccinated.” As of Thursday, 47.9% of the U.S. population had received at least one dose.

“If we get to the president’s goal — which I believe we will attain — of getting 70% of people getting at least one dose, adults that is, by July 4, there will be enough protection in the community that I really don’t foresee there being the risk of a surge,” Fauci said, “provided we continue to get people vaccinated at the rate we have now.”

Although more than one-third of Americans are fully vaccinated against the coronavirus, millions of people still have not received a single dose.

Reasons for not getting a shot vary — some don’t want one, while others say they’ll wait a bit longer to decide. And then there are people who want to get vaccinated but are in areas so remote that they can’t easily get to a typical vaccination site.

They include people working on oil rigs in the Gulf of Mexico or living in rural areas far from the nearest doctor’s office or pharmacy. Drone companies are positioning themselves to deliver refrigerated medical products to those people. If the plans don’t pan out in time to combat the coronavirus crisis, then they hope to be set up to assist swiftly in the world’s next big health scare. 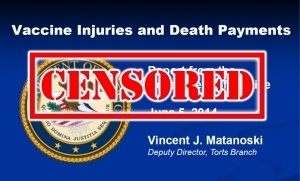 Are Websites Critical of Vaccines About to be Wiped Off the Internet as a New COVID Vaccine Becomes Available? 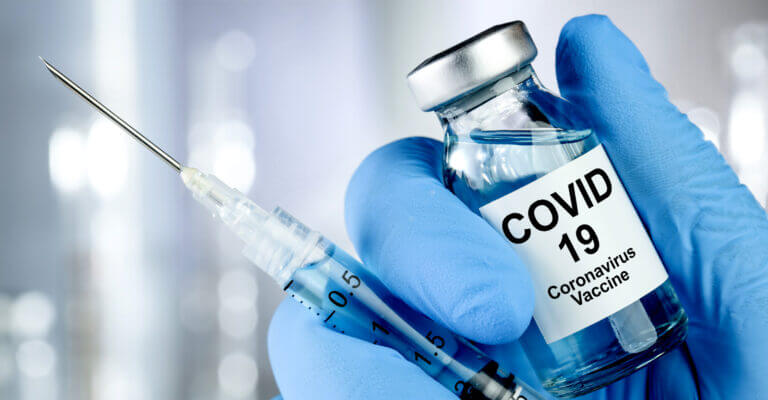 Chief of Pediatric Critical Care: ‘Never Taken Care of a Single Patient With a Vaccine-Related Complication Until Now’