President Joe Biden was slated to meet with fellow NATO heads of state Friday morning to discuss the ongoing crisis in Ukraine, where Russia pushed farther overnight with its invasion into its smaller, democratic neighbor.

The crisis has roiled the globe since Russian President Vladimir Putin, in the pre-dawn hours of Moscow on Thursday, announced in a televised address that he was launching a military operation against Ukraine.

International backlash followed swiftly, with sanctions by the United States and a host of other countries. Biden said the new economic measures would “limit Russia’s ability to do business in dollars, euros, pounds and yen to be part of the global economy.”

But, so far, those sanctions appear to have had little effect on Russia’s attempt to take over the one-time Soviet Republic that has expressed a desire to someday join NATO.

•  WHERE IS THE FIGHTING? Explosions sounded before dawn in Kyiv and gunfire was reported in several areas, as Western leaders scheduled an emergency meeting and Ukraine’s president pleaded for international help to fend off the attack.

• WHERE ARE UKRAINIANS GOING? Poland’s Border Guard says that some 29,000 people were cleared to enter through the country’s land border with neighboring Ukraine on Thursday, the day Russia’s invasion of Ukraine began.

The Kremlin said Friday it is ready to hold talks with Ukrainian officials, but only after Ukrainian forces stand down. The conditional offer came as Russian forces bore down on Ukraine’s capital, Kyiv.

Kremlin spokesman Dmitry Peskov said that Russian President Vladimir Putin is ready to send a delegation to Belarus to meet with Ukrainian officials. This came after Ukraine President Volodymyr Zelenskyy said he is willing to discuss a non-aligned status for the country, which would essentially mean dropping the country’s bid to join NATO.

However, Russian Foreign Minister Sergey Lavrov said Ukraine must put down its arms before any talks happen, according to Russia’s state controlled TASS News Agency.

The invasion has targeted major cities and military sites, with the attacks coming from all different directions, according to Ukraine’s Ministry of Foreign Affairs said. Russia has fired more than 100 missiles.

Congress may need to approve at least $10 billion in emergency spending to support Ukraine and for other needs, Sen. Chris Coons, D-Del., said Friday.

Coons, a close ally of President Joe Biden who sits on the Senate Foreign Relations Committee, told reporters his estimate may be on the low side because it doesn’t include what may be a “robust” request from the Pentagon.

“There is strong enthusiasm to provide ongoing resupply and training and whatever other covert and overt support is necessary and appropriate for the Ukrainian resistance,” he said.

Coons, who also heads a subcommittee in charge of humanitarian aid, said he’s confident billions of dollars will be needed to support the likely millions of refugees expected to flee Ukraine for nearby countries.

“It would be a wild guess on my part,” he said, “but I would be supportive of an emergency supplemental of at least $10 billion, perhaps more, to meet these vital national security and humanitarian needs.”

Ukraine’s Defense Ministry urged Kyiv’s residents Friday to stay inside and prepare Molotov cocktails to defend their capital as Russian troops and tanks were on the verge of entering the central part of the city for the first since President Vladimir Putin launched his assault on Ukraine.

“Neutralize the enemy,” Ukraine’s Defense Ministry tweeted as Kyiv continued to be hit by apparent Russian airstrikes that have damaged apartment buildings and forced thousands into bomb shelters. Air raid sirens rang out through the night and into the early morning.

Ukrainian President Volodymyr Zelenskyy is continuing to plead with western leaders to unveil harsher sanctions on the Kremlin, saying “If you don’t help us now, if you fail to offer a powerful assistance to Ukraine, tomorrow the war will knock on your door.”

Ukraine claims that more than 1,000 Russian troops have already been killed, though British officials have put the Russian death toll at half that.

President Biden on Thursday announced a raft of new sanctions against Russia after its invasion of Ukraine.

But one move the president didn’t announce: kicking Russia out of the SWIFT financial system.

Biden said removing Russia from the international SWIFT financial system is still on the table but that European allies had resisted that step. The SWIFT system shifts money between banks around the world. Removing Russia would block Moscow from most international financial transactions, including profits from oil and gas production that are the lifeblood of Russia’s economy.

Russia’s civil aviation authority has banned U.K. flights to and over Russia in retaliation against the British government’s ban on Aeroflot flights.

Rosaviatsiya said that all flights by the U.K. carriers to Russia as well as transit flights are banned starting Friday.

It said the measure was taken in response to the “unfriendly decisions” by the British authorities who banned flights to the U.K. by the Russian flag carrier Aeroflot as part of sanctions over Russia’s invasion of Ukraine.

Pope Francis went to the Russian embassy in Rome on Friday to personally express his concern about the war in Ukraine, in an extraordinary papal gesture that has no recent precedent.

Popes usually receive ambassadors and heads of state in the Vatican. For Francis to travel a short distance to the Russian embassy outside the Vatican walls was a sign of his strength of concern about Moscow’s invasion of Ukraine.

Vatican officials said they knew of no such previous papal initiative.

Vatican spokesman Matteo Bruni confirmed the pontiff wanted “clearly to express his concern about the war.” Pope Francis was there for just over a half-hour, Bruni said.

Francis has called for dialogue to end the conflict and has urged the faithful to set next Wednesday as a day of fasting and prayer for peace in Ukraine.

But he has refrained from publicly calling out Russia, presumably for fear of antagonizing the Russian Orthodox Church, with which he is trying to build stronger ties.

The capital hasn’t experienced an attack like that since 1941, when Nazi Germany invaded, he said.

“Ukraine defeated that evil and will defeat this one,” Kuleba tweeted. “Stop Putin. Isolate Russia. Severe all ties. Kick Russia out” of everywhere.

Russian troops appeared to be advancing on Kyiv at the start of the second day of the Kremlin’s full-scale invasion of Ukraine.

Amid a fast-moving and difficult-to-verify situation, Ukraine’s Defense Ministry tweeted early Friday that some Russian troops had broken through to several northern districts on the outskirts of the capital. However, Ukraine’s military also said it was resisting the advance on multiple fronts.

The apparent development comes as thousands of civilians spent the night in bomb shelters, typically underground subway stations, and Ukrainian President Volodymyr Zelenskyy urged his citizens to do all they can to resist Russia’s assault. Zelenskyy has vowed to remain in Kyiv with his family and he appealed to Russia for a ceasefire.

Some 137 Ukrainians, a mixture of soldiers and civilians, died in the fighting on Thursday, Zelenskyy said. Britain’s Defense Secretary told his country’s media Friday that Russia has lost about 450 military personnel.

The U.S., Europe and Japan have all unveiled sanctions on key Russian banks, airlines and associates of President Vladimir Putin. Later Friday, NATO leaders will convene an emergency meeting by video link to discuss the deteriorating security situation.

BRUSSELS — A senior European Union official says the 27-nation bloc intends to slap further sanctions on Russia in response to its invasion of Ukraine.

Michel announced the move after a call with Ukraine president Volodymyr Zelenskyy.

Michel said Kyiv “is under continued attack by Russian forces” and called on Russia to immediately stop the violence.

LONDON – Russia was stripped of hosting the Champions League final by UEFA on Friday with St. Petersburg replaced by Paris after Russia’s invasion of Ukraine.

The men’s final will still be held on May 28 but now at the 80,000-seat Stade de France after the decision by UEFA’s executive committee.

“UEFA wishes to express its thanks and appreciation to French Republic President Emmanuel Macron for his personal support and commitment to have European club football’s most prestigious game moved to France at a time of unparalleled crisis,” European football’s governing body said in a statement. “Together with the French government, UEFA will fully support multi-stakeholder efforts to ensure the provision of rescue for football players and their families in Ukraine who face dire human suffering, destruction and displacement.”

Ukraine president: Russia has marked him ‘target No. 1’

Zelenskyy said Thursday he remains in the Ukraine capital of Kyiv, and intends to stay there, even as Russia has made him its top quarry.

“The enemy has marked me as target No. 1, my family as target No. 2,” Zelenskyy said in an address to Ukrainians. “They want to destroy Ukraine politically by destroying the head of state.”

Asked about Zelenskyy’s safety, White House press secretary Jen Psaki said the U.S. is in touch with him and are working to provide him support. 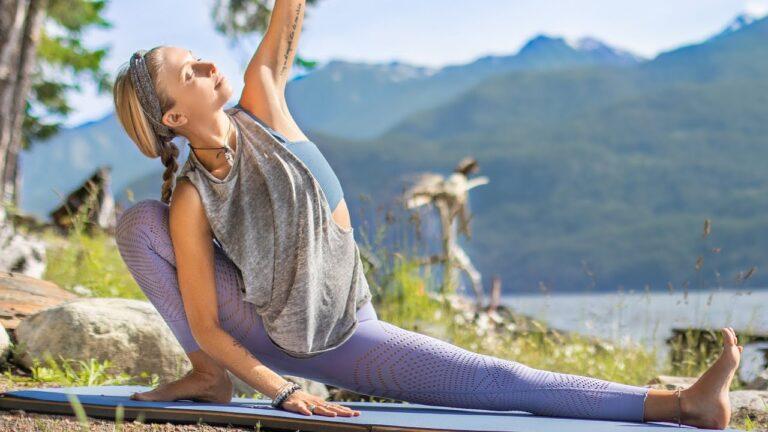 This 15 minute sunrise morning yoga flow is the perfect 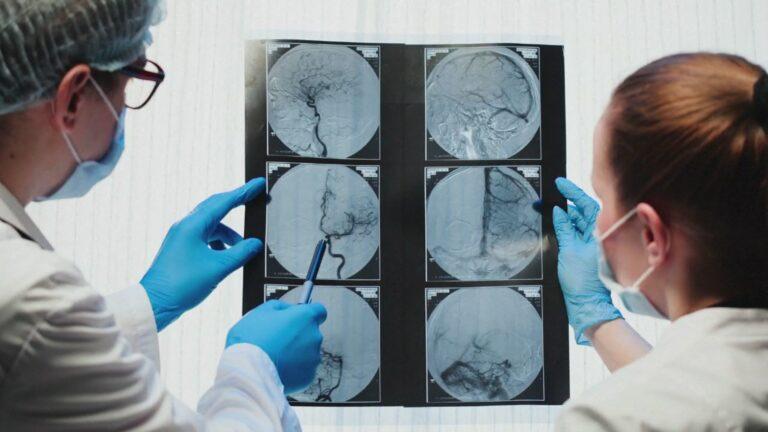 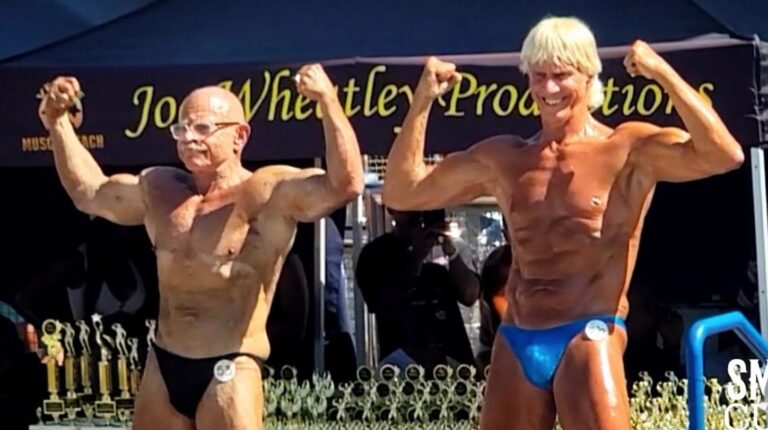 These over-70 bodybuilders went out there and showed their stuff 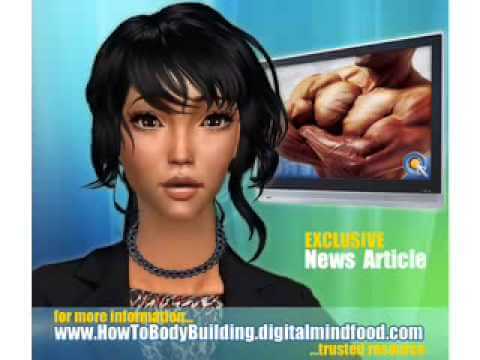 Body Building Advice – How To Bodybuilding