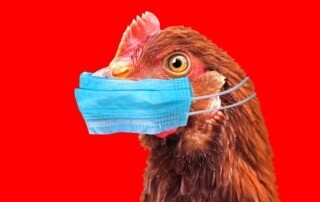 The “Bird Flu Pandemic” scare has been employed to create fear in the public from time to time and to use as an excuse to attack small-scale poultry farmers who raise their chickens and turkeys outdoors on pasture, rather than in confined huge warehouses that the commercial industry operates.

President George W. Bush was the first one to declare a “Bird Flu Pandemic” back in 2006, with apocalyptic warnings of imminent danger that kicked in massive federal funding to develop a new flu shot that incorporated this new “virus.”

The pandemic never came, but people made a lot of money off of it, and they went after small-scale poultry producers to protect the large commodity poultry operations from competition.

They recycled the dreaded “Bird Flu Pandemic” again in 2015 during the Obama administration, and again began destroying poultry, especially in Iowa, the state that produces the most eggs. This announcement of a “pandemic” allowed them to take certain measures and create fear among the public, but once again, nothing really came of it, other than the fact that some poultry operations lost a lot of money, while the vaccine manufacturers profited.

Iowa Governor Terry Branstad declared a state of emergency on Friday due to a rapidly expanding avian flu outbreak, saying the entire state was at risk from the spread of the disease.

The announcement, which gives authorities powers to enforce preventative measures, was made soon after state agriculture officials announced four new poultry farms had initially tested positive for the virus.

Iowa, the top egg-producing state in the United States, is the third state to declare a state of emergency because of the viral outbreak, which either has led or will lead to the extermination of up to 21 million chickens and turkeys nationwide.

Minnesota and Wisconsin declared states of emergency in April.

Iowa’s state of emergency is effective immediately now and will be in force until at least the end of May, depending on developments in the outbreak, Branstad told a news conference.

The measure expands the efforts of the state’s emergency response plan, and authorizes various state entities access to additional resources, supplies and equipment to track and contain the influenza outbreak.

It also allows for the removal and disposal of infected animals on either public or private lands and lifts weight restrictions on trucks hauling culled flocks, among other things.

In addition, the action allows the state and local law enforcement to set up checkpoints and road blocks anywhere in the state, including areas outside of quarantined farms. (Source.)

So here we are now in 2022, fresh off the biggest and most successful “pandemic” in the history of the world, COVID-19, which has created tremendous wealth for the pharmaceutical industry while destroying many lives and economies of the working class, with another announced “Bird Flu Pandemic” to create more fear and earn more profits for Big Pharma, and to again target small-scale producers as part of the Great Reset the Globalists are implementing to move as many people as possible off of a meat diet to a plant-based diet all in the name of “saving the planet.”

Former CDC Director under Donald Trump, Robert Redfield, has announced that this new “pandemic,” which has yet to happen, will be far worse than COVID, proving once again that all these “pandemics” are first hatched in the minds of the Globalists and then announced prior to them happening as if they have the gift of prophecy.

But just like COVID, it is all hype and fear with little-to-no substance, and this one is an old one that is being recycled.

With the current way poultry is mass-produced in very crowded and unsanitary conditions, there are for sure real outbreaks of infectious diseases, but whether or not they are “viruses” is very questionable, since the same kind of PCR test is used as the fraudulent COVID-19 PCR tests.

And there is virtually no evidence that an avian flu can be spread to humans. The CDC actually admits this (for now).

For any one person, the risk of infection depends on exposure and specifically on how close and how long the exposure is. Even when people have been infected with bird flu viruses there has very rarely been onward spread from one infected person to another person. Detailed public health investigations are used to determine whether person-to-person spread of bird flu virus has occurred. (Source.)

Undoubtedly they will come up with some new “strain” that they will claim can infect people, and use the same bogus PCR test to “prove” this.

Kit Knightly of Off-Guardian has written a nice piece using simple logic to cut through the lies and hype.

The bird flu outbreak is not real.

That should be everyone’s starting point – with everything, really – assume the media is lying and wait for them to prove they’re not.

…which bird flu definitely does.

In pursuit of that agenda, over the last two years, they destroyed small businesses and wrecked the economy, they have driven truckers out of work and broken supply lines, they have started a war between two of the biggest exporters of wheat in the world and driven up the price of petrol and natural gas.

Bird flu fits this pattern perfectly. The price of poultry and eggs is set to skyrocket…and just days before Easter.

We know they just faked a pandemic in humans. You think they can’t – or won’t – do the same for chickens?

Now, maybe some of you still have faith in the headlines, maybe you haven’t developed that spidey sense that lets you just know when something is total bollocks. And maybe we should make an argument, lest we fall victim to the “fact-checkers”.

So, let’s talk evidence for a quick minute.

First, let’s talk about how the US government “detects” bird flu outbreaks.

According to an article in the Conversation [emphasis added]:

To detect [avian influenza], the US Department of Agriculture oversees routine testing of flocks done by farmers and carries out federal inspection programs to ensure that eggs and birds are safe and free of virus […] using molecular diagnostics such as polymerase chain reaction (PCR) tests – the same method labs use to detect COVID-19 infections.

Remind you of anything?

Second, let’s talk about how world governments are handling the “crisis”.

All mainstream outlets are taking the same line – reporting million of birds dying of flu.

However, The Conversation article quoted above says [emphasis added]:

As of early April, the outbreak had CAUSED THE CULLING of some 23 million birds from Maine to Wyoming”

And this article in The Scientist claims [again, emphasis added]…

So far this season, tens of millions of birds have died of disease OR BEEN CULLED

So, there is some inconsistency here. Essentially, we don’t know how many died of “bird flu”, or how many were culled with “bird flu”.

Now, let’s do some simple math to try and clear up the confusion.

We know the press are reporting roughly 24 million poultry deaths in the US.

We know Wisconsin farmers have culled 2.7 million chickens to “stop the spread”.

And we know Iowa, the USA’s leading producer of eggs, has culled over 13 million chickens.

So, at least two thirds of the dead birds – and potentially all of them – were killed in culls, and NOT by the flu at all.

And that’s just the US numbers. Other countries are culling too.

France has had two huge culls of poultry, totalling over 11 million birds.

The UK has culled at least 2 million since October, despite detecting just 108 cases by late March.

Governments are killing millions of birds, and these deaths are being blamed on the flu.

To sum up, the backbone of this “bird flu” outbreak is:

…seriously, any of this ringing a bell yet?

Bird flu is just like Covid. The same people, telling the same lies, for the same reasons.

We all know where it goes from here.

They are reporting that free-range birds are more at risk from bird flu (what with being allowed to go outside and live like normal birds), so organic sustainable and ethical farming practices will be hit with new rules that don’t apply to corporate meat factories who treat animals as inanimate objects.

Meanwhile, this will be used to further advance the war on meat, boosting both veganism and backers of lab-grown “meat”.

Good luck being an “anti-vaxxer” when they make it law to literally inject all your food with spike proteins or experimental mRNA modifiers or who knows what else.

And, of course, if they ever need it to, the “bird flu” can jump from chickens to humans, and we can have a brand new pandemic, just as the former head of the CDC predicted the other day.

Like I said at the beginning, there is no “bird flu” outbreak, it’s just Covid for chickens. Just more building back better. Just more new normal.

It’s all the Great Reset. That’s all there is these days.

Read the full article at Off-Guardian.org 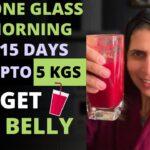 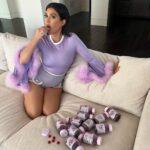 Sea Moss Benefits Are Making It The Superfood Of 2023, And Kourtney Kardashian Approves 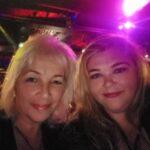 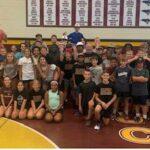 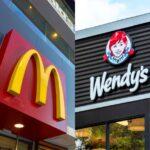 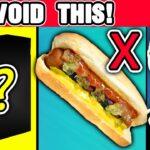 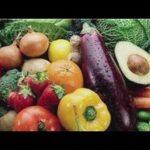 Healthy Eating : How to Maintain a Non-Processed Food Diet 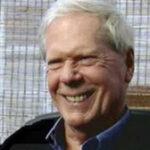 The Scientific Facts Are In: The Covid Virus and Pandemic are Man-Made. The mRNA “vaccine” Is More Deadly than the Virus 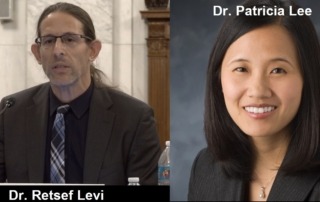 MIT Scientist and Professor on Exposing COVID-19 Vaccine Injuries: “You Have to be Careful Because You Could be Eliminated”

ICU Doctors and Prestigious Scientists Are Being Threatened for Blowing 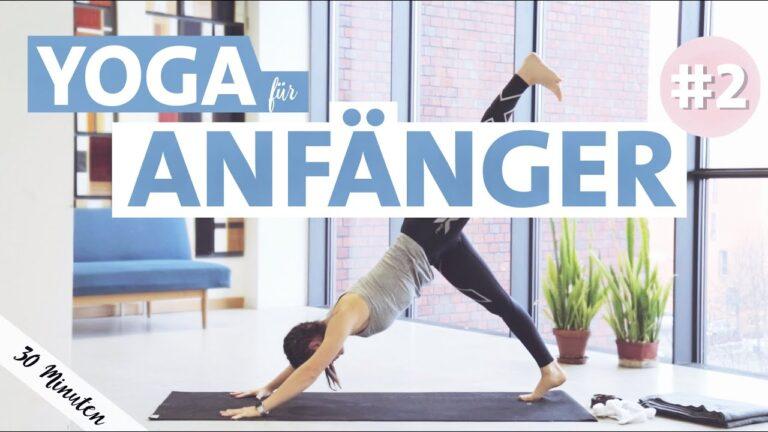 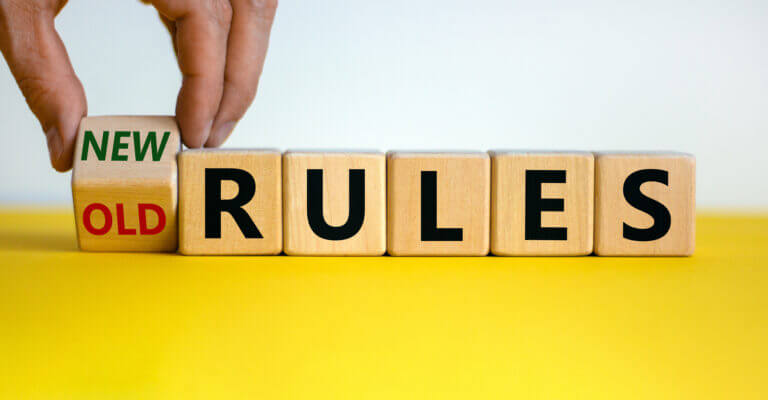 Story at-a-glance: The Occupational Safety and Health Administration (OSHA) has 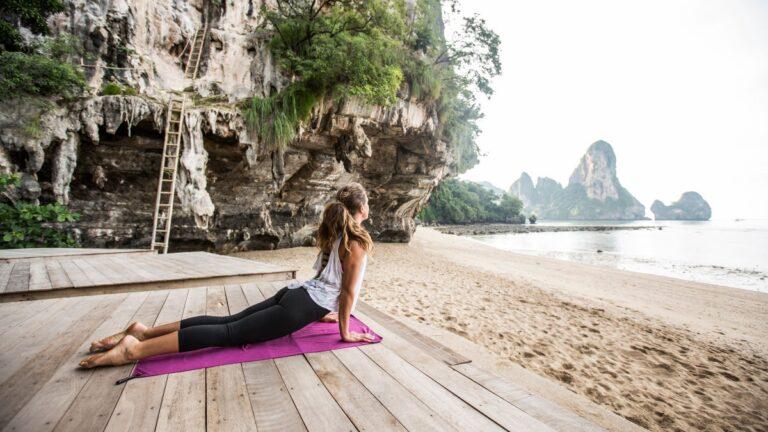 Instead of lugging around heavy mats, opt to bring one