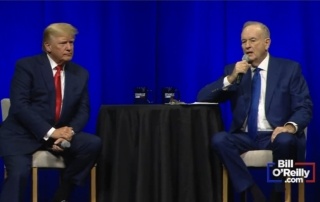 In an effort to obviously continue the blockbuster sales of COVID-19 shots and get more people to take the booster shots since the original doses no longer work, Anthony Fauci was interviewed on CNBC this weekend and stated that he wanted the definition of “vaccinated” to now mean only those people who have been injected with the original doses, and the current booster shot.

A redefinition of what it means to be fully vaccinated against Covid-19 is certainly “on the table,” Dr. Anthony Fauci said Friday.

Speaking to CNBC’s “Squawk Box,” President Joe Biden’s top medical advisor said that there was no doubt that optimum vaccination was with a booster dose.

But Fauci said on Friday that the regulators were open to reconsidering those definitions.

“There’s no doubt that optimum vaccination is with a booster,” he said.

“Whether or not the CDC is going to change that, it certainly is on the table and open for discussion. I’m not sure exactly when that will happen. But I think people should not lose sight of the message that there’s no doubt if you want to be optimally protected, you should get your booster.” (Source.)

He pleaded with his supporters to join him in “taking credit” for rolling out the COVID-19 shots in 2020, and stated that those who did not agree with his position on the COVID-19 shots were “playing right into their hands” by letting the Democrats and the Biden Administration take all the credit for them.

When Trump asked his audience if they agreed with him, which would be basically asking them to “take credit” for what is now tens of thousands of deaths and nearly 1 million adverse events following the COVID-19 shots, which is more deaths and injuries than following all FDA-approved vaccines for the past 31 years, the crowd cheered.

When he announced that he had taken a COVID-19 booster shot, you can hear some boos in the background, which drew the ire of the former President who tried to belittle them by stating that they were just a “tiny group” who did not agree with him.

Listen for yourself. This is from our Bitchute Channel.

Trump seemingly is able to maintain this cult-like following from even those who consider themselves anti-vaxxers by always throwing in the phrase “but it should be your choice, they should not be mandated,” which then somehow makes his position on the bioweapons killing and maiming people OK with his followers.

This is the great deception that is currently being used by the Republican Party to try and make themselves look like they are opposed to Big Pharma: just oppose the vaccine mandates.

A recent report published by Business Insider reveals that many Republican lawmakers who state they oppose vaccine “mandates” actually own stock in the pharmaceutical companies producing the vaccines, and are profiting from them.

Dozens of Republican and Democratic lawmakers on Capitol Hill have invested in companies that have a direct stake in the nation’s response to the COVID-19 pandemic, according to an Insider analysis of federal financial records.

In 2020, at least 13 senators and 35 US representatives held shares of Johnson & Johnson, the medical behemoth that produced the single-shot COVID-19 vaccine that more than 15 million Americans have received.

At least 11 senators and 34 representatives also held shares in 2020 of another COVID-19 vaccine manufacturer, Pfizer. Two representatives or their spouses held shares of Moderna during the same year that the world went on lockdown in response to the pandemic.

Lawmakers held these investments in COVID-19-minded companies as Congress was at the center of pandemic relief efforts. In 2020 and 2021, members of Congress voted on six relief bills together worth nearly $6 trillion. Congress also authorized more than $10 billion to help drug companies develop and distribute vaccines and forced health insurers to cover the cost of getting the shot.

Policymakers especially viewed the coronavirus vaccines developed by Pfizer, Johnson & Johnson, and Moderna — which each spent substantial amounts of money lobbying the federal government in 2020 — as critical to helping countries around the planet overcome the grip of the pandemic.

The tally of investments is part of the exhaustive Conflicted Congress project,in which Insider reviewed nearly 9,000 financial-disclosure reports for every sitting lawmaker and their top-ranking staffers.

Vivien Scott, the wife of Rep. Austin Scott, a Republican of Georgia, traded up to $50,000 worth of Johnson & Johnson stock on two occasions this year. Austin Scott has bashed President Joe Biden’s workplace vaccine mandates but stressed that he supports vaccines, particularly given that he had COVID-19 in 2020 and spent several days in the hospital on oxygen.

“Congressman Scott and his wife own stocks like millions of American families do, and they follow all laws on trading,” Scott’s spokeswoman, Rachel Ledbetter, told Insider.

Republican Rep. Mo Brooks of Alabama sold up to $50,000 worth of Pfizer stock in August 2021 and then was nearly a month late filing his disclosure. Brooks, an unabashedly pro-Trump lawmaker who is running for a US Senate seat, previously accused the pharmaceutical giant of playing politics with the timing of its announcement about vaccine-efficacy data.

Martha Brooks, the congressman’s wife, told Insider that she handled all the family’s stock investments and used an investment broker to conduct these transactions. She acknowledged that she disclosed the stock transaction late.

Rep. Marjorie Taylor Greene, a Republican from Georgia who has decried “vaccine Nazis” and boasted about not getting vaccinated against COVID-19, reported owning stock in COVID-19 vaccine makers during 2020, including Pfizer, Johnson & Johnson, and AstraZeneca, according to a financial disclosure she submitted in August. (Full article.)

This information is only available because the lawmakers self-disclosed the fact that they owned these stocks, but how many more are there that have not disclosed their relationships to Pfizer and the others?

If you own stock in any of these companies, then you have blood on your hands, and it doesn’t matter if you have someone handling your investments or you are part of a mutual fund and did not even know you were a stockholder of Pfizer or the others.

And Trump has now made it official: he takes full credit for the bioweapon shots killing and injuring many, and he wants his followers who support him to also take credit.

You all have blood on your hands.

And for those of you in the Alternative media who regularly republish or promote our articles on vaccines but refuse to promote or republish our articles on Donald Trump’s participation as a mass murderer in bringing these bioweapons to market, because you fear upsetting your pro-Trump audience, you too have blood on your hands.

And just a reminder to those who will want to email me and threaten me, that when you contact me or try to comment on our articles you are agreeing to our Terms of Use agreement and giving me permission to publish your comments and contact info, should I choose to do so.

The post Trump Attacks His Own Supporters for Not Endorsing His COVID-19 Vaccines – Republicans “Opposing” Vaccine Mandates Own Stock in Pfizer, Moderna, J&J first appeared on Health Impact News.