Most fad diets don’t live up to the hype, let alone serious scientific scrutiny. But intermittent fasting seems to be an exception. These plans involve going without caloric foods or drinks for an extended period of time—anywhere from 16 hours to several days—and they have become increasingly popular. Research has also found them to be effective for weight loss.

Doctors often advise people with Type 2 diabetes to lose weight, which can have beneficial effects on blood glucose and insulin sensitivity, as well as on the progression of the disease. For this and other reasons, experts are actively looking at the effects of intermittent fasting among people with Type 2 diabetes. However, there are some safety concerns. “People with diabetes should be those who benefit most from intermittent fasting,” says Benjamin Horne, director of cardiovascular and genetic epidemiology at Intermountain Healthcare in Utah. “But these diets also present some of the greatest potential safety issues because of the medications that people with diabetes are typically taking.”

Horne has co-authored several recent papers on the effects of intermittent fasting among people with diabetes. One of them, which appeared in the Journal of the American Medical Association in 2020, looked specifically at the risk profile of these practices. “It’s so easy to start an intermittent fasting regimen on your own, so our main focus was on the safety issues surrounding fasting when you have a diabetes treatment plan already in place,” he says. Based on his and others’ work, Horne says that for most people with Type 2 diabetes—particularly those who are not taking medications to control their blood sugar—the research indicates that intermittent fasting is both safe and likely to be beneficial. However, intermittent fasting isn’t right for everyone. Here, Horne and other experts explain the possible risks of intermittent fasting plans, as well as the benefits and best approaches.

The risks of intermittent fasting

Low blood sugar, a.k.a. hypoglycemia, can cause a rapid heart rate, sweating, shakiness, and other symptoms. If severe, it can induce weakness, seizures, or even death. People with Type 2 diabetes are at increased risk for hypoglycemia—especially if they go long periods without eating—and this was one of the first dangers experts looked at when assessing the safety of intermittent fasting. “If you are taking medications that are aimed at reducing the amount of glucose in your blood, together with fasting these can cause potentially fatal hypoglycemia,” Horne says. “It’s not a minor safety risk.”

For a 2018 study in the journal Diabetic Medicine, researchers in New Zealand found that the incidence of hypoglycemia did increase among people with Type 2 diabetes who attempted intermittent fasting. However, this increase was in line with the results of other weight-loss diets, including conventional approaches that encourage people to consume fewer calories on a daily basis. Also, the people in the study were all taking drugs designed to reduce their blood glucose. “It was the medications, rather than the diet per se, that caused the hypoglycemia,” says study author Brian -Corley, a diabetes specialist at Capital & Coast District Health Board in New Zealand. Corley says that people who are taking these drugs could reduce their risks for dangerous drops in blood sugar by working closely with a physician, monitoring blood sugar more carefully on fast days, and educating themselves on how to manage a hypoglycemia episode. In other words, intermittent fasting plans aren’t necessarily off the table for these patients; they just require a little more care. Meanwhile, his study also found that intermittent fasting aided weight loss and improved measures of fasting blood sugar, hemoglobin A1C, and overall quality of life.

For people who aren’t taking drugs to lower their blood sugar, Horne says the risk of hypoglycemia seems to be very low. “People should still consult with someone who treats diabetes—a physician such as an endocrinologist, or at least a nutritionist who is trained in diabetes treatment,” he says. Like Corley, he says even people on blood-sugar medications could attempt intermittent fasting so long as they are working with an expert. “It’s not so much should they or shouldn’t they. It’s more the degree to which they should be monitored,” he says. (That does not extend to patients with Type 1 diabetes; Horne says that for this group, intermittent fasting is too risky.)

Aside from hypoglycemia, a second major concern is dehydration. High blood glucose causes general dehydration in the body, and people with Type 2 diabetes are already at elevated risk. Intermittent fasting may further increase these risks if people are drinking or eating less than they normally would. (Food, it turns out, can provide one-third or more of the water that people consume each day.)

“With dehydration, people with diabetes can have a variety of negative outcomes,” Horne says. Stroke, migraine headaches, and kidney damage as potential problems, especially if a person with diabetes has other health conditions related to these risks. “So if someone already has a problem with their kidneys—and oftentimes people with diabetes have some kind of kidney issue, if not full-blown kidney disease—dehydration can potentially cause harm,” he explains. While drinking water or other noncaloric liquids while fasting can reduce these risks, people who have Type 2 diabetes along with other chronic diseases—such as heart disease or kidney disease—probably shouldn’t attempt fasting diets. The same goes for older, frail people with diabetes. “Fasting puts stress on the body and organs,” he says. If you’re weak or unwell, going without food is probably a bad idea.

There are a few more potential health concerns associated with intermittent fasting. However, these are not specific to people with Type 2 diabetes. For example, nutrient deficiencies, inadequate protein intake (especially if you’re older), and other forms of malnutrition are possible if you’re fasting. Also, the safety profile of intermittent fasting is not well mapped among women who are pregnant or breastfeeding, or in young kids—all groups with important nutritional requirements different from those of the general population. These groups should not fast until the risks and benefits are better understood, experts say.

While hidden dangers could emerge, intermittent fasting—with expert oversight—seems to be safe for most people with Type 2 diabetes.

The benefits of intermittent fasting

While intermittent fasting may present risks for some, it could also provide benefits over and above other approaches. A 2017 study in the World Journal of Diabetes found that just two weeks of intermittent fasting led to significant weight loss (more than 3 lb., on average) as well as improvements in glucose levels. “It’s possible that intermittent fasting could lead to reduced insulin resistance,” says Kerry Mansell, co-author of that study and a professor in the College of Pharmacy and Nutrition at the University of Saskatchewan in Canada.

Research supports this hypothesis. Some work on people with diabetes has found that intermittent fasting may increase insulin sensitivity and also reduce insulin levels in the blood. This is a big deal. “Essentially, fasting is doing what we prescribe diabetes medications to do, which is to improve insulin sensitivity,” Horne says. At least one small trial (of just three people) found that adopting an intermittent fasting diet allowed diabetes patients to stop taking their insulin drugs altogether. That study’s findings still need to be replicated in a larger group. However, these sorts of results are encouraging. Insulin resistance is associated with higher levels of inflammation and other risk factors for cardiovascular disease. “Even when people aren’t losing weight on a fasting regimen, some research has found that insulin sensitivity improves markedly,” Horne says. “This is something you typically don’t see with other caloric-restriction diets.”

How could fasting produce these benefits? There are a handful of theories, and several of them may turn out to be true. One of the leading hypotheses—which is already supported by solid research—is that fasting kicks off a kind of cellular cleansing process that removes old or unhealthy cells and allows new ones to flourish. Based on this work, some experts argue that the human body isn’t designed for the modern food environment and its three-meals-a-day-plus-snacks eating schedule. They say intermittent fasting may more closely resemble the way humans ate for most of our species’ history.

More work is needed to iron all this out. But the research to date indicates that intermittent fasting may provide unique and meaningful health improvements for people with Type 2 diabetes.

Which fasting plan is best?

The term intermittent fasting does not refer to a single well-defined practice. Several different approaches fall under the intermittent fasting umbrella. The three most common and well-studied are known as time-restricted eating, alternate-day fasting, and the 5:2 diet.

The first of these—time-restricted eating—involves squeezing all of your day’s calories into a single “feeding window” of six to eight hours. For example, someone on this diet may eat between noon and 6 p.m. each day, and avoid all caloric foods and drinks for the other 18 hours of the day. Meanwhile, someone on an alternate-day-fasting diet eats normally one day, but the next day consumes few or no calories. Finally, the 5:2 diet involves eating normally five days a week but fasting on the other two days.

There are many variations of each of these plans. At this point, it’s unclear which of these, if any, is optimal for people with Type 2 diabetes. “I think time-restricted eating is probably the most common, followed by fasting two days a week,” Horne says. “But at the moment, I would say there is not one plan that stands out as a best option.” The “right” plan, he adds, is the one a patient will stick with. Even if the more intense fasting programs turn out to be most beneficial, that doesn’t really matter if people can’t adhere to it.

How to start intermittent fasting

The first step, always, is talking with your physician or care team. They should be able to help you weigh the benefits and risks, identify dietary approaches to avoid nutritional deficiencies, and, if necessary, adjust any medications you’re taking to avoid problems. “Safety must come first,” Horne says.

However, don’t be surprised if your health care provider isn’t enthusiastic about fasting diets. These plans are still relatively new, and they’re generally not taught in medical school. “People may encounter pushback, or their physician may not be very familiar with these regimens,” Horne says. If your doctor says that fasting isn’t right for you, that’s one thing. But if she or he seems dismissive of fasting diets in general, it may be worth seeking a second opinion from a provider who has experience with these plans.

Intermittent fasting can be risky for some. But there is now evidence that it may be a helpful, or even superior, alternative to classic weight-loss plans for people with Type 2 diabetes. 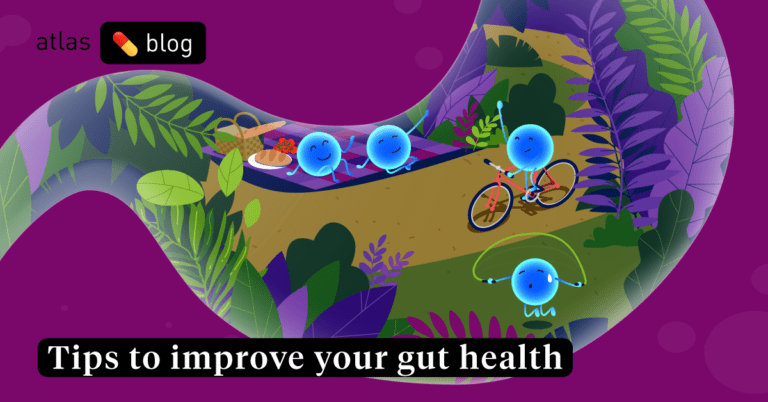 5 Ways To Restore Your Gut Health by Elizabeth Vennefron, 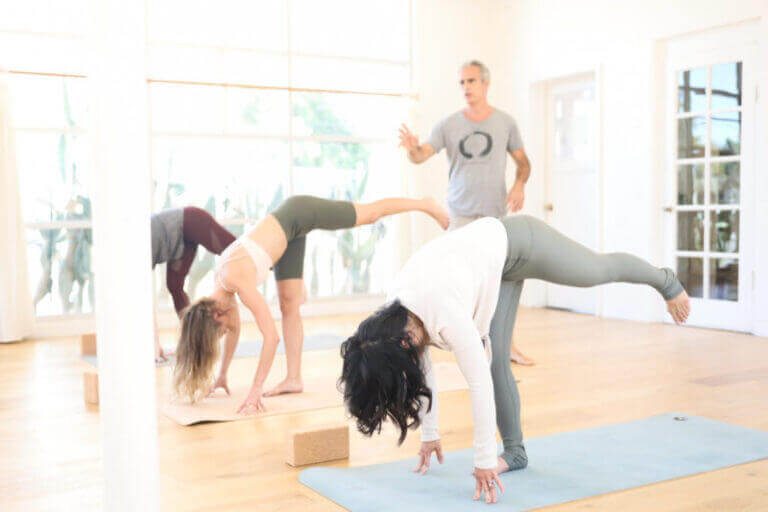 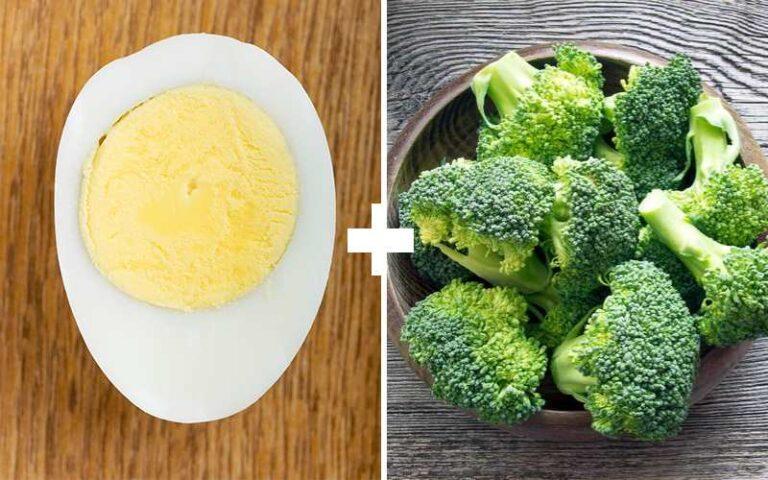 To the average person, there is an endless list of 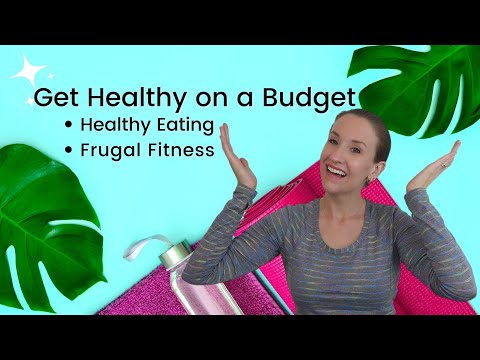 #healthyfrugal #frugaltips #goals2022 Hello there! My name is Jennifer! Follow