A randomized, placebo-controlled study of 25,000 older adults found those who took vitamin D, or vitamin D and omega-3 fatty acids, had a significantly lower rate of autoimmune diseases such as rheumatoid arthritis and psoriasis compared with people who took a placebo. The study was part of the larger, nationwide VITAL trial, and the findings were published January 26 in the BMJ.

“It is exciting to have these new and positive results for nontoxic vitamins and supplements preventing potentially highly morbid diseases,” said the study’s senior author, Karen Costenbader, MD, MPH, a professor at Harvard Medical School and the director of the lupus program at Brigham and Women’s Hospital, both in Boston, in a news release.

“This is the first direct evidence we have that daily supplementation may reduce autoimmune disease incidence, and what looks like a more pronounced effect after two years of supplementation for vitamin D,” said Dr. Costenbader.

More Than 24 Million People in the U.S. Have an Autoimmune Disease

A normally functioning immune system helps prevent illness from infection and disease, but in a person with autoimmune disease, the immune system is too active and mistakenly attacks the body’s own cells and tissues.

There are more than 80 known autoimmune diseases, including conditions such as multiple sclerosis, lupus, rheumatoid arthritis, and type 1 diabetes. Approximately 5 to 8 percent of people — more than 24 million — in the United States live with an autoimmune disorder, according to the National Institute of Environmental Health Sciences (NIEHS).

Experts don’t know how autoimmune diseases occur; they aren’t contagious. A hereditary link is present in many autoimmune conditions, and it may be that a virus or an environmental factor triggers the disease if a person already has the genes for it, per the NIEHS.

There is some evidence that certain autoimmune diseases are related to vitamin D levels, and some autoimmune conditions, such as MS, are more common in northern latitudes where vitamin D levels are, on average, lower because of low sun exposure, according to the National Multiple Sclerosis Society.

Several clinical trials, including a meta-analysis published in the Journal of Clinical Rheumatology, have found that omega-3 fatty acids taken in the form of fish oil supplements may improve the symptoms of some autoimmune diseases.

The original VITAL study was a randomized, double-blind, placebo-controlled trial of 25,871 people that observed the effects of vitamin D and omega-3 fatty acid supplementation on different types of cancer and cardiovascular disease, including heart attack and stroke. Participants were 71 percent non-Hispanic white, 20 percent Black, and 9 percent other racial or ethnic groups; 51 percent were women, and the average age was 67.1 years old.

Before the start of that trial, researchers also planned to examine whether the supplements would have any impact on how many people developed an autoimmune disease as part of an ancillary study. After a median follow-up of 5.3 years, researchers found the following results:

But the study did find evidence of an increased effect of the omega-3 fatty acid supplement after a longer duration of supplementation.

The study is fascinating, says Elizabeth Bradley, MD, the medical director of Cleveland Clinic’s Center for Functional Medicine in Ohio, who was not involved in this research. “The researchers saw a significant decrease in the development of autoimmune disease after supplementing with vitamin D,” she says.

At the Center for Functional Medicine, Dr. Bradley and a team of healthcare providers run groups for people with different types of autoimmune disorders.

“These findings fit with what we see in real life; we routinely check vitamin D and omega levels in people with autoimmune diseases, and I would say 99 percent of the time, they are low in both unless they are taking a supplement already or eating a diet high in fatty fish,” she says.

Who Should Take a Take a Vitamin D or Fish Oil Supplement, and What Dosage?

Although these findings make Bradley want to recommend supplements to “almost everyone,” she does think it’s a good idea to get your levels checked first. “Research indicates that people whose vitamin D levels place them in the lowest quartile would likely get the most benefit from taking a supplement,” she says.

To reduce the risk of autoimmune disease in women age 55 years and older and men 50 years and older, Costenbader recommends 2,000 international units (IU) of vitamin D a day and 1,000 milligrams (mg) a day of marine omega-3 fatty acids (fish oil) — the doses used in VITAL.

It’s a good idea to check in with your doctor before taking supplements, says Bradley. “We do have to be careful with vitamin D supplementation because it is stored in our fat and can accumulate in the body,” she says. Though it isn’t very common, taking very large doses could result in toxicity, according to the National Institutes of Health.

Fish oil supplements can vary in quality, says Bradley. Your provider may have suggestions on what to look for in labeling, or you can research different brands at independent websites such as ConsumerLab.com, which reviews and rates supplements.

Smooth Sailing with Love Street: Enjoy dinner and a cruise 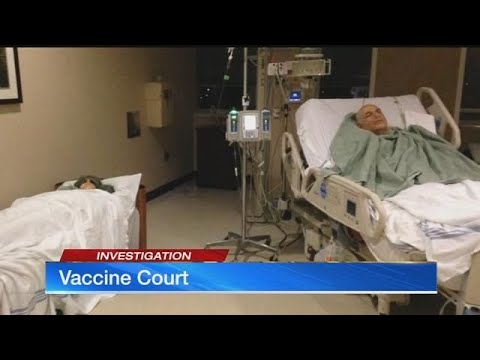 What to do when vaccines go wrong

https://green-healthy-cooking.thrivecart.com/6-week-clean-eating-program/?ref=yt The 6-Week Clean Eating Program is a complete and

Children and adolescents have been at the forefront of many