Cancer is a leading cause of death worldwide, with over 1.7 million new cases and nearly 600,000 deaths in the United States in 2019 alone. Despite advances in the prevention and treatment of certain cancers, the burden of cancer continues to grow due to the increasing global population and consistent exposure to risk factors such as tobacco use, physical inactivity, and excessive alcohol consumption. Several modifiable dietary and lifestyle behaviors have been postulated to influence cancer risk. Is the power to reduce cancer incidence in our own hands?

The classic biological function of vitamin D is to regulate calcium and phosphorus balance to maintain bone integrity, yet it is capable of so much more. Vitamin D was first proposed to have anti-cancer properties back in 1980. Since then, numerous studies have supported this hypothesis suggesting that vitamin D may influence cancer by its ability to regulate cell proliferation and differentiation, growth factor gene expression, and signal transduction and apoptosis.

Although study results have been mixed over time, a 2019 meta-analysis of prospective cohort studies found evidence of an inverse association between vitamin D levels in the blood and cancer incidence and mortality. However, most of the studies cited in this report were observational studies, where researchers looked at groups of individuals in their real-world settings and found correlations. Experimental studies have reported slightly different results. A 2019 meta-analysis of randomized controlled trials found that vitamin D supplementation significantly reduced total cancer mortality but not cancer incidence.

Ecologic studies have shown that high per capita fish consumption is correlated with a lower incidence of cancer in the population. Yet, case-control or cohort-designed studies have yielded mixed results concerning the protective effects of fish or omega-3 intake against cancer. Some studies have found an inverse relationship between omega-3s and fish in cancer risk. Yet, a 2020 meta-analysis found that increasing omega-3s has little to no effect on the risk of cancer or cancer death.

In theory, several mechanisms have been proposed to explain how omega-3s might influence cancer and inhibit carcinogenesis. These mechanisms include (1) suppression of arachidonic acid (AA) derived eicosanoid biosynthesis, which modulates several immune and inflammatory responses; (2) influences on transcription factor activity and gene expression; (3) alteration of estrogen metabolism and reduced estrogen-stimulated cell growth; (4) modulation of free radicals and reactive oxygen species; (5) influences in insulin sensitivity and membrane fluidity, and (6) when compared to monounsaturated fatty acids, long-chain fatty acids such as omega-3s have been found to reduce tumor growth through lipid peroxidation and ferroptosis. Since many of these mechanisms have been studied in animal models, further human studies are needed to verify and validate these theories.

Exercise may be another modifiable risk factor when it comes to cancer risk. While clinical trials assessing the effect of exercise on cancer risk are largely missing, observational studies suggest that physical activity reduces the risk of several cancers, with the most robust evidence being linked to colon and breast cancer. For example, Desnoyers et al. found that those who exercised had a 15-20% decrease in breast cancer risk and a 24% decrease in colorectal cancer risk. Additional studies support this theory and identify other cancers that may be impacted, such as a 2016 study that included more than 1 million participants and found that physical exercise reduced the risk of kidney cancer by 23% and bladder cancer by 13%.

In addition to reducing cancer incidence, exercise has also been suggested to improve the side effects of cancer treatment, cancer outcomes, and the quality of life in cancer (and non-cancer) patients. Several mechanisms have been proposed for these cancer-supporting effects, such as exercise’s ability to (1) inhibit cancer cell proliferation and induce apoptosis, (2) regulate cancer metabolism, and (3) stimulate immune-cell mobilization.

A new study published in April of 2022, referred to as the DO-HEALTH trial, examined the individual and combined benefits of vitamin D, omega-3, and a simple home strength exercise program on the risk of invasive cancer. This was a three-year randomized-controlled trial conducted in generally healthy community-dwelling adults aged 70 years or older across several European countries.

Over 2,000 individuals consented to participate and were randomized into one of eight treatment groups: (1) vitamin D, omega-3s, and exercise, (2) vitamin D and omega-3, (3) vitamin D and exercise, (4) vitamin D alone, (5) omega-3s and exercise, (6) omega-3s alone, (7) exercise alone, or (8) placebo. Each participant received the same number of capsules per day, identical in size, appearance, taste, and weight, to keep everyone involved blinded. Supplementation of vitamin D (D3 specifically) was equivalent to 2,000 IU per day, omega-3s provided 1g/day (EPA + DHA), and the placebo capsule contained high-oleic sunflower oil.

The primary outcome measured was time to any verified invasive cancer, and secondary endpoints were the prevention of gastrointestinal cancer, prostate cancer in men, and breast cancer in women.

The DO-HEALTH trial found that among generally healthy and active older adults, high dose daily vitamin D, supplemental marine omega-3s, and a simple home exercise program had cumulative benefits on the risk of any invasive cancer. Notably, they observed a more significant cancer risk reduction when all three interventions were combined. However, the prevention of individual cancers, such as gastrointestinal, prostate, and breast cancer, could not be determined due to insufficient numbers.

How Are DO-HEALTH Findings Different from Previous Studies?

As previously mentioned, most other studies that examined the relationship between vitamin D and cancer, including a 2019 meta-analysis by Keum et al., and a 2022 Finnish Vitamin D Trial by Virtanen et al., found that vitamin D may reduce cancer death but did not reduce cancer incidence. Yet the DO-HEALTH trial found cancer risk reduction? What’s the difference?

The authors suggest that many previous trials used intermittent bolus dosing (20,000IU/week – 50,000IU/year) or daily dosing of lower amounts (400IU/day – 2000IU/day). These findings may indicate that high daily dosing of vitamin D is most effective.

Additionally, regarding the DO-HEALTH study findings compared with other omega-3 and cancer trials, the current study used the same dose (1g/day) as some of the other trials, whose findings were insignificant. Still, there were differences in the composition of omega-3s. The present study utilized algae-based omega-3s with an EPA + DHA ratio of 1:2 and found a combined effect of vitamin D and fish oil on the risk of invasive cancer. Other studies, such as the VITAL study published in 2019, used fish oil-based omega-3s with an EPA + DHA ratio of 1.3:1 and found no combined effect on cancer risk. Furthermore, the study participants were older in the DO-HEALTH study (mean age 74.9. years) compared to the VITAL study (mean age 67.1 years), which may also influence study outcomes. 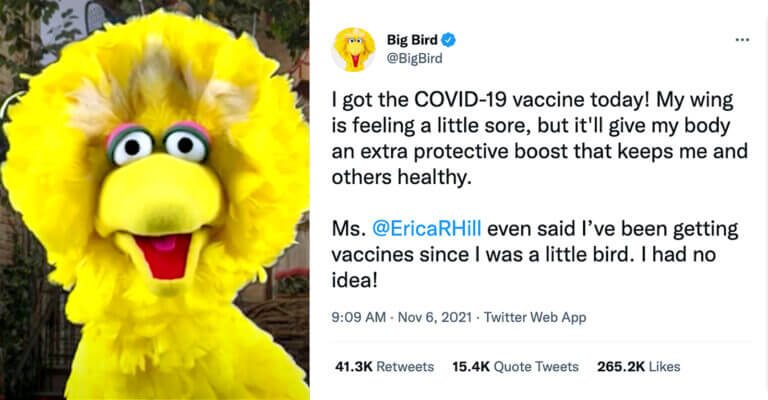 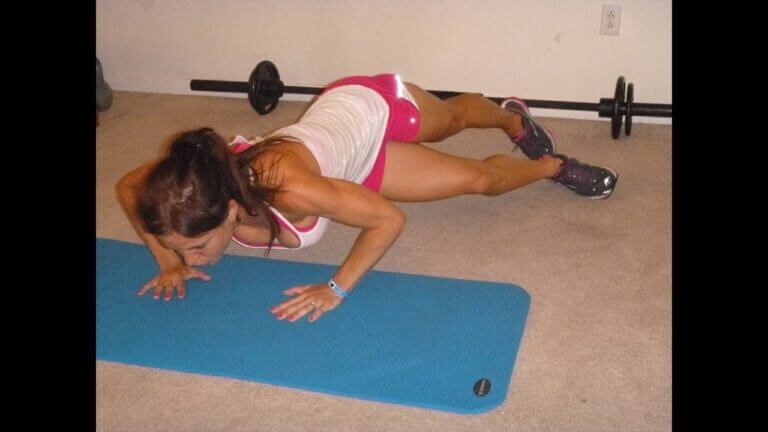 http://photos.fitnessmagazine.com/category/vote/photo/1431415?esrc=nwphotofaves_faceoffitness I am In Fitness Magazine’s “Face of Fitness” Contest. 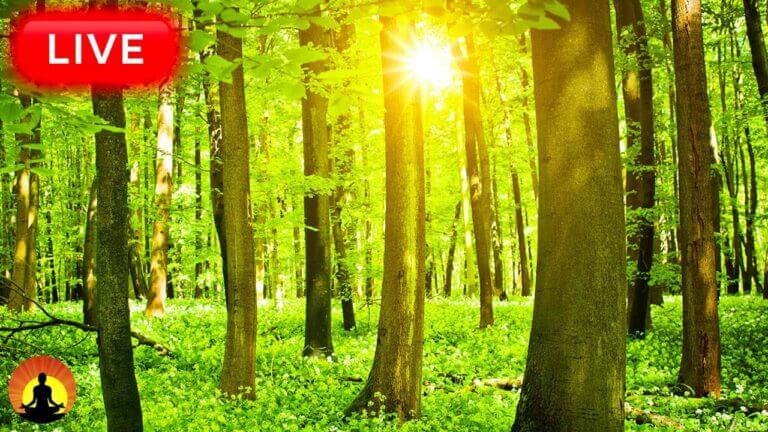 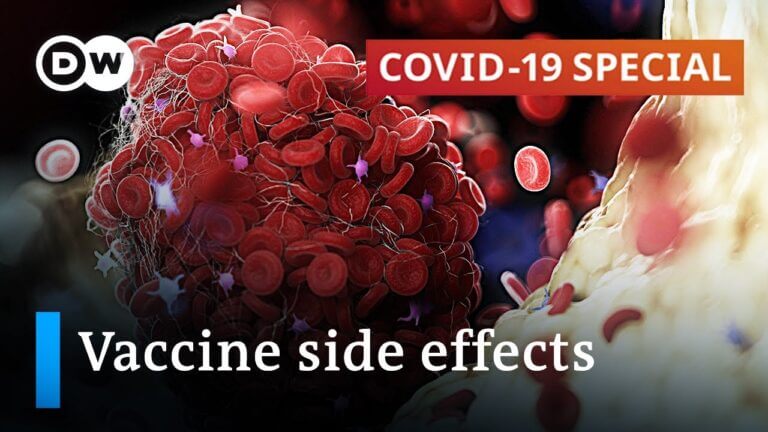