In this blog I will review the human research with wheatgrass juicing and fermented wheat germ and cancer. This blog is not meant to replace medical advice and you should consult with your health care team before making changes to your treatment. You can read this Wheatgrass juicing blog from top to bottom or navigate using this Table of Contents

Wheatgrass is the young grass of the common wheat plan Triticum aestivum. It is most known for it’s high level of chlorophyll (70% of the solid content) but is also contains flavonoids, vitamins A, C and E, minerals, amino acids and enzymes (Avisar, 2020).

The plants have a peak in nutritional quality when they are 15-20 cm tall (Avisar, 2020). When you harvest these plants and put them through an extractor, that separates the pulp from the juice the resulting juice is a dark green, grassy-tasing beverage.

Wheat grass juice is available as fresh juice, frozen juice, and also in tablet and powder forms. Fermented wheat germ extract is a related product called Avemar, which I will also discuss in this blog.

Wheat grass juice and its abundant ingredient chlorophyll is promoted as an anti-anemia supplement because it resembles human hemoglobin it can act to enhance hemoglobin production. Chlorophyll is sometimes called ‘green blood’, the ‘blood of plants’ or ‘living food’.

There have been several studies done with cancer cells in the laboratory and in animal studies with wheatgrass juice and cancer. Most have shown a beneficial effect, and a synergistic effect when given with chemotherapy, but this also depended on the timing – and the specific cancer type.

Similarly confusing, When fermented wheat germ extract was given at the same time as 5-fluorouracil (5-FU), oxaliplatin or irinotecan results were positive, but when given before the 5-FU, the wheat germ extract worked against the chemotherapy (Bar-Sela, 2015).

There have been only two human studies looking at wheat grass juice during cancer treatment. I will review them for you in chronological order. But before we begin, a few definitions;

Blood stem cells – cells that are in the bone marrow that make new blood cells. Because these are rapidly multiplying cells, they are often damaged as a side-effect of chemotherapy. This will leave the patient with low white blood cells, and a weakened immune system.

Chemotherapy induced anemia – the hemoglobin concentration falls below 20 g/dl (12 mmol/L) due to chemotherapy. This can be treated with epoetin or blood transfusion.

Febrile Neutropenia – a fever and low neutrophils. This is considered a medical emergency and you should seek medical attention immediately if you have a fever after receiving chemotherapy.

Myelotoxicity – bone marrow suppression, also known as myelosuppression, it is a serious complication of chemotherapy.

Neutropenia – a reduced level of neutrophils. This can be treated by granulocyte colong-stimulating factors (GCSF) and epoetin, but both cause side-effects (Bar-Sela, 2007).

Leukopenia – reduced level of white blood cells, indicating that a person is immunocompromised.

Sixty women with invasive breast cancer, median age 50 were divided into two groups of thirty each. One group was given 60 ml (2 oz) of wheatgrass juice to drink daily for the first three cycles of chemotherapy, and the control group did not. They were allowed to take a break from the juice for three days if they felt nauseous following their chemo.

The women had a tumour stage between I and IV, none had received chemotherapy before. All the women received FAC (5-fluorouracil, doxorubicin, and cyclophosphamide).

Eleven of the thirty women in the control group experienced a blood related issue (5 with neutropenic fever, 3 with leucopenia, and 3 with prolonged neutropenia) whereas only five of the thirty in the wheatgrass juice arm had blood related issues (3 with neutropenic fever, and 2 with prolonged neutropenia). This was a statistically significant finding. Two patients in each group developed chemotherapy induced anemia.

The researches speculate that the statistically significant reduction in blood toxicity could be due to a couple of factors, namely; chlorophyllin (a component of chlorophyll) which protects the cell mitochondria, and apigenin, a strong anti-inflammatory (Bar-Sela, 2007).

In a study with 50 colon cancer patients in Israel, Most of the patients had stage II or III colon cancer and received capecitabine and oxaliplatin.. Twenty five patients were given 60 ml (2 oz) of wheatgrass juice (from frozen), every morning on an empty stomach while receiving chemotherapy, which lasted between five and six months. Blood samples were taken at the beginning of the study and when chemotherapy was finished five to six months later.

There was no difference in clinical outcomes but there was a slightly better survival in the wheat grass group, but the authors noted that there were also more stage III patients in the control group. One positive result was that the level of IL-10 an anti-inflammatory cytokine was higher in those taking the wheatgrass juice.

White blood cell counts decreased in both groups, they decreased to a lesser extent in the wheat grass juice. White blood cells are an important part of the immune system, but are reduced during chemotherapy, as the chemo damages the blood stem cells that create the white blood cells in the bone marrow.

The authors concluded that this is preliminary evidence of the benefits of wheatgrass juice on immune health and noted that there were no adverse side effects from taking it (Avisar, 2020).

Avemar is the name of a supplement made by fermenting wheat germ developed by Hungarian professor Máté Hidvégi. First the germ is separated from the rest of the wheat kernel, then fermented, then the fermentation liquid is separated, the extract is microencapsulated, dried, then ground into a powder. This powder is called Avemar.

The powder is often flavoured and sweetened and is taken by dissolving in liquid. It is recommended to drink this before eating. In Hungary, where is it was first developed, it has been taking by cancer patients for over 20 years (Boros, 2005).

All of the studies showed positive results. The first three measured disease progression, the lung and breast cancer trials measured quality of life, the paediatric trial measured reduction of febrile neutropenia. But, these studies weren’t always blinded, have small number of participants and were not all randomized. These factors related to study design can affect the strength of the results.

How to Make Wheatgrass Juice

To make wheatgrass juice, you will first need some wheatgrass. Many people grow this themselves, in much the same way as other microgreens. After soaking the Triticum aestivum seeds overnight, you can sow them in soil, water or growing matt. You will need to keep the seeds moist and one technique is to cover the seeds with a single layer of newspaper that you can dampen with a spray bottle.

By about day four, you can remove the newspaper and move the seedlings to a sunny location. Keep them moist by misting twice a day. The light exposure will help to increase the amount of chlorophyll in the stems. To harvest them, cut them with scissors.

The next step would be to put the grass through a juicer. There are both manual and electric versions of wheatgrass juicers.

The nutritional makeup of the wheatgrass juice or powder depends on a variety of factors; water or ethanol extraction, oven drying or freeze drying, outdoor versus indoor growing and growing conditions of the wheatgrass.

Frozen wheatgrass juice, while more convenient, was shown in one study to have 20% fewer amino acids (Bar, Sela, 2007). But most people are consuming wheat grass for its chlorophyll and not its protein content

Fresh wheatgrass juice has the highest amount of chlorophyll and vitamin C, it is lowest in flavonoids. While freeze-dried wheatgrass extract had the highest anti-oxidant but lowest vitamin E level (Das, 2012).

While we can treat anemia in the blood with foods high in iron, B12 and folate, there is currently no nutritional therapy to treat neutropenia, leukopenia and other chemotherapy induced blood stem cell damage. The two clinical trials in people undergoing chemotherapy do give us some optimism that wheatgrass juice could help to prevent a drop in white blood cells and delays in chemotherapy, more research is needed. These two small human trials aren’t enough.

Fermented wheatgerm extract. While more research has been done on Avemar, I would not feel comfortable recommending this across the board. I would need to complete a nutrition assessment and even then, I would be reluctant to recommend it with so few human trials.

If you enjoyed this blog, you will likely enjoy;

How to Starve Cancer

By: Jean LaMantia
The post Wheatgrass Juicing and Cancer appeared first on Jean LaMantia – Registered Dietitian in Toronto, ON.

﻿Homeopathic Home Remedies Growing up it seemed that no matter 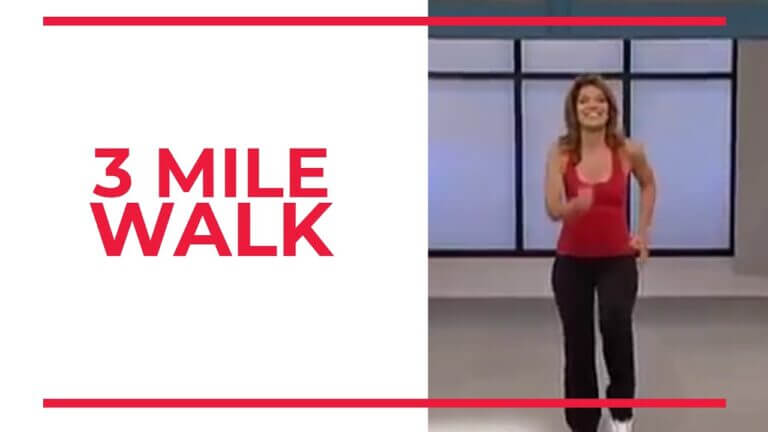 Download, stream, or purchase our latest workouts and accessories! 🚶‍♀️Subscribe